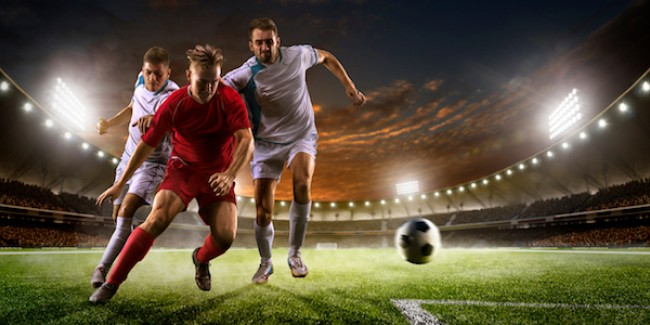 UK Sport is currently prioritising athlete welfare. It has recently revealed that, of 682 elite athletes surveyed in its ‘Culture Health Check’, some 30 per cent (200 or so) had either personally experienced or witnessed “unacceptable behaviour”. This survey follows a series of high-profile concerns relating to conduct in a number of British sports, and last year’s ‘Duty of Care in Sport’ report by Dame Tanni-Grey Thompson, which included a number of recommendations aimed at improving athlete welfare.

Looking internationally, the US Olympic Committee (USOC) has recently doubled its funding of the U.S. Center for SafeSport (a body focussed on preventing all forms of abuse in sport) and has appointed a former FBI executive as its senior director of athlete safety (these steps come in the wake of serious criticism of the USOC’s role in allegations of sexual and physical abuse of athletes in various national governing bodies in the US). Further, the International Olympic Committee has recently published a toolkit in relation to ‘safeguarding athletes from harassment and abuse in sport’, designed for use by International Federations and National Olympic Committees.

Outside of sport too, we have seen allegations of bullying in Parliament, the Harvey Weinstein scandal and the #MeToo movement, all of which reflect a wider shift (or, if not a shift, certainly increased vocalising) of attitudes as to what kinds of behaviours are not to be tolerated in modern society.

This article outlines some possible regulatory/disciplinary responses that sports governing bodies may adopt to address the issue of unacceptable behaviour. It should, however, be noted at the outset that there are other tools at a sports governing body’s disposal; seeking to engender cultural change through education and awareness-raising programs being another very important resource.

Plainly, “unacceptable behaviour” is a broad term that can encompass a wide range of conduct – whilst there will be universal consensus that some kinds of conduct are always unacceptable (e.g. physical and sexual assaults), at the lower end of the scale there is likely to be disagreement as to whether conduct is unacceptable or not (as a result of individual sensibilities).

For sports governing bodies, a key threshold question is therefore what behaviour they consider to be “unacceptable”. This might prove to be a very difficult question to answer, as there can be a very fine line between what ‘off-field’ conduct a sport will seek to regulate and what conduct it considers as falling outside of its scope. In other words, to what extent should a governing body act as a moral guardian – particularly so when dealing with conduct between adults.

By way of very general proposition, the further removed a participant’s conduct is from the sporting context, the less obvious the need for a governing body to take any action. However, set against that, consideration should also be given as to whether the conduct in question is of such a nature that it: (i) brings the sport into disrepute (which is more likely if, for example, the participant has a prominent, senior or officiating role within the sport); and/or, (ii) suggests that the wrongdoer is a risk to other participants within the sport. Such considerations might suggest that a governing body should be more inclined to take action.

If a sports governing body were to identify what behaviour it considers to be “unacceptable” in light of recent societal shifts (as no doubt many have), it might well conclude that it wishes to broaden the scope of conduct that it seeks to regulate and possibly take disciplinary action to address. It might, for example, wish to expand its remit in relation to certain types of conduct that take place between adults and also to include certain cases where the alleged conduct takes place outside of a sporting context. Recent (or relatively recent) examples include the Ched Evans case and the Paddy Jackson and Stuart Olding case (who were all ultimately acquitted in criminal trials). In both cases, the relevant governing body found itself under the spotlight and announced a review of their existing approaches in response.

Almost universally, sports governing bodies’ rules have a provision to the effect that ‘bringing the sport into disrepute’ is a disciplinary offence, and such a rule could obviously be invoked from time-to-time in order to respond to unacceptable behaviour.

However, the primary difficulty with relying on such a rule (at least exclusively) is that it is by its very nature – broad in scope, and this potentially leads to uncertainty in marginal cases i.e. where people might reasonably differ as to whether behaviour is acceptable or not (and therefore whether it has the potential to bring the sport into disrepute or not).

So, in the event that a sports governing body wishes adequately to address unacceptable behaviour – and perhaps as importantly be seen to be doing so – it is preferable for it to go further and seek to identify and set out (as far as possible) what behaviour it considers to be unacceptable and within its purview.

By way of illustration, if there might be some disagreement as to whether it is appropriate for a governing body to take action in relation to an incident of unacceptable behaviour that occurs, say, late in the evening after a match at a club’s facilities (and so possibly something of a grey area as to whether it occurs in the context of sporting activity – see here by way of analogus example), the governing body can remove any doubt by specifically stating that conduct that takes place on club premises, at club events, on club tours etc. is captured.

One way in which a sports governing body can set expectations for behaviour within its sport is to issue a code of conduct, which can also be supported by a rule that makes breaching the code of conduct a disciplinary offence. Further, a code of conduct can serve as something of a ‘statement of intent’ and demonstrate that a sport is committed to standing up to unacceptable behaviour.

Such codes can be of varying degrees of detail – they can set out high-level principles, they can seek to detail specific behaviours and acts that are unacceptable, or they can combine both of those approaches. Obviously, the more detailed the document the clearer it is as to what behaviour will be considered unacceptable.

Codes of conduct can also prove very useful in dealing with ‘low-level’ or ‘poor practice’ incidents (such as crass remarks) that would not necessarily warrant disciplinary action e.g. a participant can be referred to the code of conduct in order to educate them and seek to avoid future instances of such unacceptable behaviour.

Almost all sports governing bodies have specific safeguarding/child protection regulations, and many also have similar regulations in relation to ‘adults at risk’ (previously generally referred to as ‘vulnerable adults’). The overriding purpose of such regulations is to protect vulnerable participants from harm, and in that sense they serve a slightly different purpose from those of other, more general disciplinary regulations.

A strong argument in favour of adopting such regulations (or possibly widening the scope of existing regulations) is that they can provide a sports governing body with provisions that are tailored specifically for dealing with unacceptable behaviour. This might include, for example, providing the governing body with the power of provisional suspension where necessary to protect other participants, addressing how sensitive evidence might be dealt with at hearings, and setting out sanctions such as supervision orders, education orders and other risk management measures.

Further, such an approach would demonstrate, very strongly, that a sport was committed to standing up to unacceptable behaviour (assuming, of course, that the regulations were properly enforced).

This highlights that, however a sports governing body may choose to address the issue of unacceptable behaviour within its sport, it will be effective only if it is made aware of instances of unacceptable behaviour in the first place. Sports governing bodies should therefore encourage reporting by participants, which can be done in a number of ways, such as ensuring that information is handled confidentially and sensitively through dedicated reporting lines, providing support for the person making the report (e.g. making an external counselling service available), and building safeguards for whistleblowers into disciplinary rules and procedures (e.g. making it an offence to treat an individual unfairly on the basis that he/she has reported a concern in good faith, or because he/she has assisted in an investigation and/or disciplinary proceedings).

Further, education and awareness-raising programmes are important tools at a sports governing body’s disposal when seeking to effect a cultural change within its sport.

There is an increasing focus on participant welfare across sport around the world, and stakeholders in sport will expect governing bodies to have disciplinary provisions and procedures in place in order adequately to address and respond to unacceptable behaviour. However, it is an undeniably nuanced, emotive and difficult subject matter to address, and requires a great deal of consideration to get right (as well as some bravery and progressive thinking in order to get there).