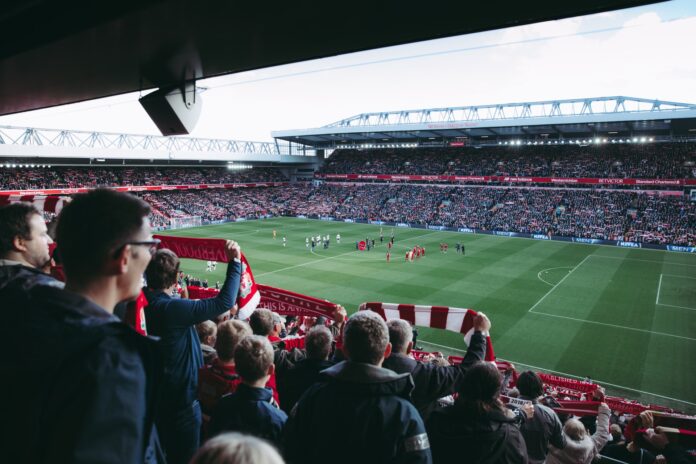 This rule governs the extent of investments into professional football and has been criticized in the past because it restricts competition in an unreasonable way. In recent years, the discussion became harsher and the DFL (a subsidiary of the German Football Association organizing the first and second Bundesliga) initiated a process before the Federal Cartel Office. In this process the Federal Office evaluated the rule’s legality in regard to German competition law. However, the statement is only the next step in a long-lasting discussion which may transform into a legal battle

In light of this, this article comments on the Federal Cartel Office’s recent findings.

The “50 + 1 rule” of the DFL limits the extent of outside ownership in German professional football. This rule was introduced in the late 90’s, where professional football transformed from basic clubs towards professional business entities. Under German law, a club as a not for profit legal entity is run by its members; simplified: each member has a vote and can influence the activities of the club through his vote. However, with investors new funding possibilities appeared. Following this development, most clubs decided to outsource their football activities towards commercial legal entities, such as capital companies. This enabled the clubs to sell shares of this capital company to investors and raise funds.

The 50+1 rule – laid down in § 8 para. 3 DFL-Statutes – limits this extent of ownership towards outside investors. In particular, the rule stipulates that if the professional soccer division of a Bundesliga club is outsourced into a commercial capital company, the parent club has to retain the majority of the voting rights in that company (basic rule).

In recent years more and more investors tried their way towards German football clubs and into the Bundesliga. They met clubs willing to sell shares of the outsourced company running the club’s football activities. Some clubs even sold more than 50% of the commercial shares because they split the voting rights from the commercial shares. However, in recent years more and more investors were unhappy with the 50+1 rule.

In fact, already from the beginning, the league granted exceptions to the clubs of Leverkusen and Wolfsburg, allowing them to be completely owned by the companies of Bayer and Volkswagen respectively. The league considered this an exception as the clubs originated from the companies providing sporting activities to their workers. Under pressure of other investors, the executive committee of the DFL then reformed the 50+1 rule so that exceptions of the 50+1 rule could also be granted if an investor has substantially supported the parent club’s football activities for a continuous period of more than 20 years. However, so far this exception has only been granted to the investor of TSG Hoffenheim, a successful businessman who has supported his hometown club for all his life.

In light of this, others began to find more creative solutions: for instance, the parent club of RB Leipzig is a closed shop, with only a few members, who all work for the company behind the club. Contrastingly, FC Bayern Munich e.V. has about 293,000 members worldwide.

The assessment of the Federal Cartel Office

The Federal Cartel Office stated that whereas the 50 + 1 rule in its basic form restricts competition, these “restrictions of competition can in certain cases escape the prohibition of anti-competitive agreements. With the 50+1 rule DFL intends to maintain the club character of the sport and ensure a certain even balance in sports competition. These sport policy objectives can also be recognised under competition law. In its basic form the 50+1 rule seems appropriate and proportionate for achieving such goals.”

However, the Federal Cartel Office then goes on and argues with the exceptions “the controlling influence of the not-for-profit parent club in the Bundesliga participants affected will be eliminated and the sports activity detached from the club model. This would risk the loss of key characteristics such as membership participation in the clubs and transparency for members. Club football and an even balance in competition, which are DFL’s objectives in retaining the rule, will no longer be uniformly assured in all football clubs. This also results in a competitive disadvantage…”

Consequently, the Federal Cartel Office did not approve the rule as of now. To be clear it is because of the exceptions, that the restricting 50 +1 rule is not approved. The basic 50 + 1 rule is regarded by the office as a justified restriction of competition.

These findings came as a surprise to the stakeholders in German football – for some it was a more pleasant surprise than for others. One has to note in this regard, that the majority of the legal commentators saw an unreasonable restriction of competition in the rule. Here, it was argued that the rule restrains the freedom of how the football clubs fundraise. Hence, it was already argued that if the rule aims at promoting a competitive balance, it does not do so as without the 50+1 rule a competitive balance might be achieved through equal chances in finding potential investors.

However, it is interesting that the Federal Cartel Office not only weighs the balance in competition, but also puts forward that the rule aims at upholding key characteristics such as membership participation in the clubs and transparency for members. The Federal Cartel office stated: “Requirements of sport associations regarding participants in a contest can escape competition law if these serve the purpose of furthering certain aspects of the sports competition, but also if they serve ethical/social objectives. DFL’s argument that it wishes to maintain the club character of the sport can be considered such an objective: It offers the public at large the possibility to co-determine a club’s affairs by becoming a member and hence to participate in Bundesliga activity beyond their role as consumers.” To the knowledge of the authors qualifying the aim of securing membership participation as a legitimate one to justify competition restrictions is a first in the discussion about the 50 + 1 rule – although it is joked that whenever three Germans meet they found a club of some sort. Indeed, statistics show that every second German is a member of a club, so that membership participation might be considered valuable to German society as a whole.

Still, the question remains why the Federal Cartel Office justifies a decision, which might cause a change in German professional football for better or worse, with an argument not yet tested in front of courts. It might be explained through the timing of the press release. Only a few weeks before the press release, the announcement of the then failed Super League caused an uproar in the world of football. Here, the protests of the fans caused almost all clubs to bail out of the newly founded league. In this light, the Federal Cartel Office’s statement might be seen as their take on the Super League and other attempts of capitalizing too much on the sport of football.

Whether or not this argument justifies the competition restrictions the rule incorporates has to be ultimately determined by the courts. For now, the Federal Cartel Office has asked the league to comment on these findings. To liken the situation to a tennis match, the Federal Cartel Office has served in the tiebreaker with the league and the right to serve is back with the league. Still, already the statement might cause the league to rethink their current version of the 50+1 rule. Either way, it is safe to say that investors will watch the developments with hawk eyes.

However, not only stakeholders of German football will watch the developments closely: following the discussion in England evolving from the Super League, in which it was argued whether or not to implement the 50 + 1 rule in English football, the press release might be of interest to international football too. If the discussion in England lasts longer than the Super League did, the upcoming developments in Germany might not only have regional impact but also have an effect on international football.