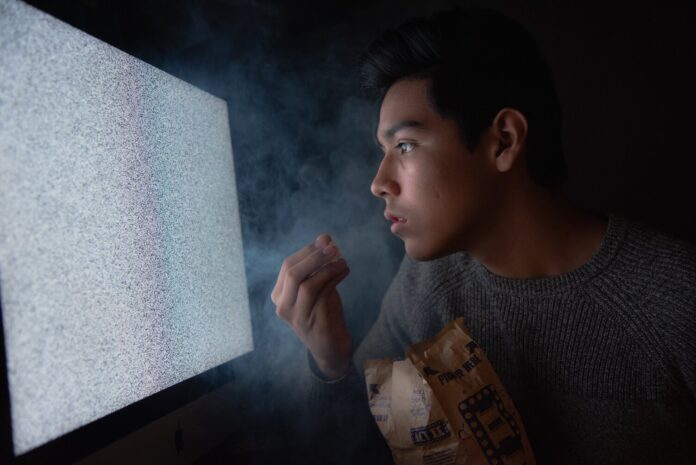 The world of content distribution has developed at breakneck speed and the bottom line is that the UK’s PSBs have failed to keep up.

There is little doubt that the current PSB framework is in part to blame given that it has tied PSBs to meeting their public service obligations in ways which have not enabled or encouraged them to match the progress of their competitors.

How the prominence regime is supposed to work

In return for the PSBs meeting their obligations, one of the benefits they are supposed to enjoy is prominence on platform menus where viewers choose what to watch. The law is currently aimed at ensuring specific television channels with public service responsibilities are listed first to consumers when navigating these menus, often referred to as “electronic programme guides” (EPGs). EPG providers regulated under the Ofcom Code of practice on Electronic Programme Guides (EPG Code) must give “appropriate prominence” to PSBs on their television platforms. In practice, this generally amounts to ensuring that the PSBs are easy to find when navigating an EPG, and that the main PSB channels (BBC1, BBC2, ITV, Channel 4, and Channel 5) are in the top slots of the main “page” of the EPG.

The problem for PSBs

The problem for PSBs is that new technologies and user interfaces for accessing video content now mean that when consumers turn on a smart TV or set-top box, use any one of the many TV sticks available, or just watch TV content using a device different from a TV altogether, there often is no regulated EPG on which the PSBs can enjoy this prominence, or the EPG can be bypassed. The current EPG rules simply don’t take account of the evolution of hardware, with buttons on remote controls able to swerve around EPGs, the increased use of voice controls as search functions, and a myriad of other developments. It’s for these reasons that Ofcom has focused on updating the prominence rules as one of the several possible measures to try to give the PSBs a helping hand.

The problem for Ofcom

The problem for Ofcom is that updating the EPG Code will be easier said than done. For reasons we touch on below, giving that helping hand to the PSBs seems likely to both be difficult and potentially unpopular in practice, and by no means a guaranteed way of securing the desired regulatory outcomes. It’s therefore vitally important that before making any serious moves to change the regulation of EPGs in the UK, Ofcom is satisfied that the upheaval is worthwhile. For a regulator which is supposed to have a bias against intervention, Ofcom will need to be especially careful that it remains true to ensuring that any intervention is (amongst other things) evidence-based and proportionate.

The first big question: is a change to law or regulation even required?

Before we consider whether enhancing the EPG regime is, in the simplest sense, a good idea, it’s worth pausing to briefly ask whether much of a change of regulation is actually required.

One of the oddities of the current UK regulatory framework for EPGs is the disconnect between the way Ofcom defines an EPG in its own code and guidance, and the underlying primary legislation. An EPG service is defined under s. 310(8) of the Communications Act 2003 as a service which “(a) lists and/or promotes television programmes, including programmes of providers other than the provider of the guide and (b) allows the user to access programmes contained in the guide”. This is a very broad definition which, on the face of it, captures a wide range of services and user interfaces not currently treated in the UK as regulated EPGs. However, Ofcom currently chooses to take a narrower view of what constitutes an EPG. In the most recent consultation on EPG prominence, Ofcom instead described EPGs as “services which consist of the listing or promotion of programmes included in radio and television services, and which provide a facility for obtaining access to the services listed or promoted in the guide. They are screen-based menus of channels and/or programmes which allow viewers and listeners to click through to a programme of their choice using their remote control. Providers of EPGs which are broadcast or transmitted such that they comprise a television licensable content service (TLCS) – linear EPGs – are licensed and regulated by Ofcom”.

Several issues arise from these two rather different ideas about what constitutes a regulated EPG – a more detailed analysis of these issues and the practical difficulties it causes will be the subject of the 4th article in this series.

For present purposes, though, the definition under the Communications Act seems wide enough for Ofcom to extend the scope of the menus and user interfaces it regulates without requiring any change to primary legislation at all.

Following Ofcom’s report addressing prominence in 2019 (which largely called for the same changes as their 2020 report), Sky’s CEO for UK and Europe Stephen van Rooyen said that the “Government should not seek to further regulate the regulated”. BT responded to Ofcom’s review of the rules for prominence in 2018 stating that “more prescriptive prominence requirements for PSB channels…would not only disrupt existing channel listings but would also stifle future innovation.”

As explored in our previous article in this series, Ofcom’s suggestion of shifting from PSB to PSM and allowing PSBs to fulfil their obligations online has already raised concerns amongst non-PSBs. The specific proposal to expand the prominence regime, though, would be likely to be particularly intrusive for the plethora of platforms and services that have grown up without having to give PSBs – or, in the future, PSMs – any prominence at all.

One of the reasons the UK continues to enjoy a rich and successful TV landscape is the proportionate, balanced way in which it is regulated. The market has continued to boom through the Covid-19 pandemic, and right now a roster of new consumer services are being launched into people’s homes and pockets. This is good, but there is a risk that it will all be over very quickly if equipment manufacturers, app providers and service operators are forced to reconfigure their user interfaces, how they present content choices to users – and, potentially, to carry content and services they otherwise would not have included in their services at all. Rather than being a market in which it is easy and attractive to launch and operate, it could quickly come to be seen as one of the more difficult markets.

The argument that platforms and services should be free to organise their content libraries and user interfaces, which are often now vast and dynamic, and that the market should be allowed to decide which content gets greatest exposure based on algorithms and marketing, simply starts from a very different place to the ethos underpinning public service media.

Amongst other ideals, the public service regime is based on a belief that content that reflects national life and values must be offered to viewers as widely and as easily as possible; it believes in part that this is what we viewers want, and in part that this is good for us. The arguments for the public service model are, of course, much more complex and nuanced, but as far as prominence is concerned, it largely comes down to this. The concern that Ofcom is focused on is that, for one reason or another, PSB content simply isn’t cutting through in the way they think it should, and they seem to be leaning heavily towards significant regulatory intervention to address this.

It’s hard to argue with this as an objective. What’s less clear is that forced enhanced prominence for PSBs is the right response. There is a strong sense in the industry that the PSBs could have played their hands better over the last decade or so while this problem has been brewing – one of the curious features of the current review of the PSB framework is how the present situation seems to have come as a bit of a surprise. Whilst none of the UK PSBs now have the financial clout of Netflix, Amazon or Disney, this hasn’t always been the case, and the PSBs are still not small organisations. Moreover, the fact that new non-PSB services have recently and successfully established themselves and grown large user bases from zero indicates that it is possible to succeed without having prominence on EPGs guaranteed under UK primary legislation. In the end it seems obvious that we should want to continue to nurture an ecosystem in which producers and distributors of some of the best TV programming ever made will continue to make the UK market a strategic priority for production and consumer services, whilst also encouraging diversity by making it easy for new market entrants to launch and grow.

It’s hard to look at Ofcom’s proposals without at least wondering if they risk unsettling the UK’s much-admired TV industry.

A bias against regulatory intervention, evidence-based and proportionate? Let’s hope so.