In November 2019, Google announced that it is buying Fitbit, one of the most well-known fitness trackers, for $2.1 billion, pending regulatory approval. Throughout 2019, competition authorities and Governments across the globe have scrutinised Big Tech and examined competition in digital markets. The FTC has conducted a series of hearings and the DOJ is now scrutinizing online platforms.

The competition landscape in 2019

In the EU, Australia and beyond, expert panels and authorities have closely examined the digital sector and there has been a vibrant debate. Mergers are subject to ever closer scrutiny and there has been active competition enforcement too. Some politicians and academics are calling for the ‘break up’ of Big Tech with the notion that ‘big is bad’ in line with the so-called Hipsters. However, for now at least, there is a healthy debate and calls for radical intervention are being resisted with it being recognised that there is no need for a ‘revolution’ but instead an ‘evolution’ in competition enforcement. The examination of the Google/Fitbit acquisition will be an early opportunity in 2020 to test the fitness of the competition regime to address digital markets.

Google’s potential acquisition of Fitbit was announced on 1 November 2019[1]. It could be considered as either a bold or brave move in this climate of increased competition scrutiny in the digital sector. Either way, it can be viewed as an example of the competitive, vibrant and dynamic digital landscape and the need for tech companies to constantly innovate to offer improved and better services to their users. 2019 marked a year of significant antitrust activity, scrutiny and enforcement and the potential review of this transaction presents a test case for the fitness of the competition regime to address digital markets as we look ahead to 2020.

In 2019, Governments and competition authorities across the globe have taken a close look at competition in digital markets with a series of interventions[2]. As noted recently by Margrethe Vestager “These changes [digitalisation] are causing an earthquake in our markets; they’ve helped some companies to grow very large, while others found it hard to compete. And so it’s no surprise that in the last few years, questions about the future of competition enforcement have moved right into the mainstream of Europe’s debates.”[3]

The debate has been vibrant and healthy and a number of themes are considered across the various reviews, including: (i) Benefits of the digital economy and the challenges to competition in digital markets; (ii) The role of data and the interplay with privacy; and (iii) Approach to competition enforcement – revolution or evolution. We take a look back at these key considerations and consider how they may shape competition enforcement in 2020.

It is generally accepted that the digital economy has delivered significant consumer benefits by creating new products and services many of which are provided to consumers for free (based on advertising funding). For consumers, digital technologies are essential for many day-to-day activities, including: communication, shopping, entertainment, social media, banking, travel, education and health. Online platforms have also transformed how businesses engage with consumers and provide new growth opportunities. It has also lowered barriers to entry (through cloud computing, access to platforms, digital comparison tools) as well as facilitating multi-homing. Companies such as Uber and Lyft in transportation, Airbnb in hotel and hospitality, Deliveroo and Uber Eats in food delivery are just a few examples of firms that have used digital technology to innovate and bring benefits to consumers – and changed our perception of traditional services.

However, the experts have also recognised that network effects and the scale and reach of some of the platforms may give rise to competition concerns in digital markets and identified potential theories of harm. They have found that digital markets may ‘tip’ to a single dominant player which may limit competition and innovation ‘in’ the market. To deal with these problems it is recognised that dominant platforms have a responsibility to ensure that their rules do not impede free, undistorted, and vigorous competition and the experts put forward proposals to toughen enforcement to limit self-preferencing/discrimination by online platforms. Furthermore, it is also acknowledged that measures to protect competition ‘for’ the market may also be required. A variety of proposals have been made to address these concerns (such as tighter controls over most favoured nation provisions or best price clauses, measures to promote switching and multi-homing, data portability and interoperability).

The role of big data and the interplay with privacy

Big data has been a key aspect of these inquiries given the importance of data as an input for digital service providers. Notwithstanding that many companies have entered the market prior to acquiring access to big data (for example, Airbnb, Uber, Tik Tok and Slack have all gained millions of users without prior access to data), competition enforcers are vigilant to the risk that controlling data may foreclose competition. Measures to promote data portability, sharing and openness have been proposed to give consumers greater control of their personal data and promote competition and open up secondary markets for complementary services. Furthermore, access to non-personal data (machine-related data) is also an increasing area of focus with reference to aftermarkets.

Transparency and consumer control of the use of data is another area that has been given significant focus with it recognised that competition will only work when users understand how their data is used. Clearly, the GPDR is an essential part of this as it helps consumers to know what data is being collected and how it is processed and used. It will be necessary to maintain a careful balance between the need to protect privacy and competition enforcement with calls for greater access or even tighter controls. A holistic approach will need to be taken to competition, consumer and privacy issues and “We should not forget that competition law alone cannot and should not tackle all conduct with negative consequences on the market. Certain other tools, including vigorous enforcement in other fields such as data protection, or legislation where there is a clearly defined and recurring issue that leads to systemic market failure, may be appropriate.”[4]

In the merger control context, the European Commission recently had the opportunity to consider data issues in its clearance of the Apple/Shazam transaction[5]. The European Commission found that the integration of Shazam’s and Apple’s datasets on user data would not confer a unique advantage to the merged entity as Shazam’s data was not unique and Apple’s competitors would still have the opportunity to access and use similar databases. In this regard, the European Commission compared the Shazam user data to other available databases using four relevant metrics – the so-called ‘Four Vs’ (variety, velocity, volume and value). The European Commission concluded that the Shazam data did not appear to be a key element of success of music streaming apps and that the addition of the data would not allow Apple to materially improve its services by offering even more targeted music suggestions to users and that even if the merged entity were to deny access to the Shazam data to Apple’s competitors this would likely have a negligible impact on competition. This case provides helpful insights as to the potential competitive analysis of data heavy mergers.

The various reports have recognised that the competition rules provide a solid basis for protecting competition in a broad variety of settings and that they are capable of evolving and reacting to various challenges and changing circumstances. So for now at least, it appears that the Hipster’s calls for a radical change to competition enforcement are tempered. However, there are proposals for more stringent competition enforcement, swifter action and for the adaption of current concepts, doctrines and methodologies.

A variety of recommendations have been put forward; including: a revision to the ‘consumer welfare standard’ to include consideration of business users and a reversal of the burden of proof putting more pressure on the incumbent to show that the conduct is pro-competitive; a flexible enforcement approach to address fast changing digital markets with a reduced focus on market definitions and more emphasis on theories of harm and identification of anti-competitive strategies; greater use of interim measures to facilitate faster enforcement; and a review of information gathering powers to ensure enforcers can obtain access to information. Taking this forward, a “fitness check” of the competition rules is underway and a review of the European Commission’s Market Definition Notice has just been announced.[6]

Merger control and so-called ‘killer acquisitions’ (acquisitions of small start-ups with a quickly growing user base and significant growth potential) have also been reviewed. Whilst it was not deemed necessary to change the EU merger control jurisdictional thresholds (noting that size of transaction thresholds (based on the value of the deal) have been introduced in Germany and Austria), recommendations to change the approach to substantive merger assessment have been made. At the EU level, the ‘significant impediment to effective competition’ test remains sound but calls to revisit the substantive theories of harm to subject tech transactions to a more rigorous analysis and minimise the risk of under-enforcement have been made.

In the UK, a recommendation to introduce a ‘balance of harms’ approach to the assessment of whether a merger will result in a ‘substantial lessening of competition’ has been proposed which is designed to take into account the scale as well as the likelihood of harm. This will potentially reduce the burden of proof and allow the authorities to intervene if a merger is on balance harmful, taking into account the scale of impacts as well as the likelihood. We can also expect a greater focus on the examination of the counterfactual; that is, the situation that could be expected in the absence of a merger with a move towards dynamic counterfactuals in the assessment of digital mergers. A competition authority considering a digital merger involving one party that is at an early stage of its development will need to predict the evolution of the firm to understand the counterfactual to the merger and assess whether it will be detrimental to competition and closely examine the rationale for the merger, including the valuation to ensure that the transaction is not a veiled attempt to remove a potentially strong competitor from the market.

Overall, it is clear that we can expect a heightened degree of scrutiny of acquisitions to minimise the risk of under enforcement and competition authorities may well become bolder in their enforcement approach. Merging parties will be subjected to more detailed information requests and may need to provide greater evidence to rebut concerns over potential anti-competitive effects. Notwithstanding this, it will be necessary for authorities to respect due process and set out clear definitions, theories of harm, assessment of competitive effects supported by robust evidence before intervening.

In the EU, the new European Commission under President Ursula von de Leyen has just opened for business and Commissioner Margrethe Vestager maintains her competition oversight as Vice President for digital affairs. This will allow for “continuity and evolution –evolution and change” to address the challenges of the ever-changing digital economy[7]. Assessment of the Google/FitBit merger represents an early opportunity to apply some of these new proposals and test the fitness of competition regime as we look ahead to 2020.

[2] Some of the interventions include:

[7] “The legacy of Commissioner Vestager and peek into the future” – speech by Cecilio Madero Villarejo 12 November 2019 https://ec.europa.eu/competition/speeches/text/sp2019_12_en.pdf 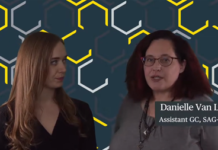 Deepfakes and the Media: MediaWrites talks to Danielle Van Lier

Dean Rae - 27 May 2020 0
On 21 March 2020 all gyms and training studios across the UK were ordered to close, following the government's decision to 'lockdown' to limit...

No copyright violation by publication of book excerpts of a member...

Esports: a new market for travel businesses after COVID-19?