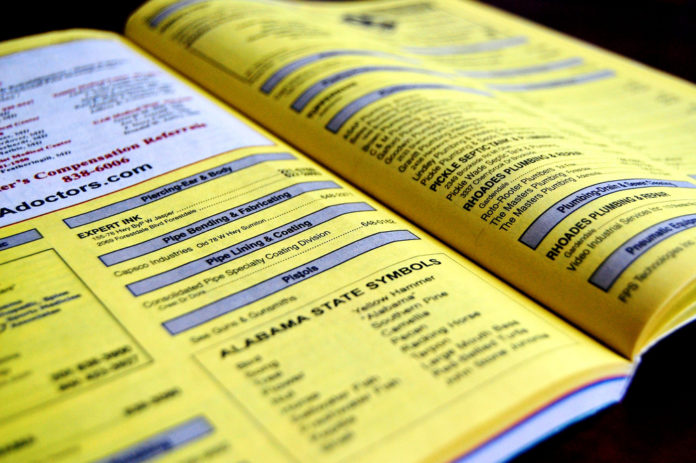 The need for creativity

It all started with the now infamous U.S. case of Feist Publications Inc v Rural Telephone Service Co [2], which concerned the white pages of a telephone directory. Since then, the apex courts in both Canada and Australia [3] have also weighed in on the issue. The recent decision by the Singapore Court of Appeal in Yellow Pages is only the newest kid on the block.

The Court of Appeal endorsed the trial judge’s adoption (previously reported on MediaWrites here) of the creativity approach in favour of the “sweat of the brow” approach for determining if a compilation should enjoy copyright protection. Under the “sweat of the brow” approach, as the term suggests, industriousness or diligence is sufficient to render a compilation copyrightable, as opposed to the creativity approach which requires that there be some skill and judgment in the selection and arrangement of the facts. So, for example, under the creativity approach, the ubiquitous telephone directory would not pass muster if it merely listed the names and contact details of all subscribers in alphabetical order.

The Singapore decision is fully in line with the approach in the UK, Australia and Canada.

The question, however, is whether creativity is all that is needed for a factual compilation to be protected by copyright, or whether there is something else that the would-be copyright owner must also look out for?

But creativity alone is not enough

The Singapore courts have recognised that the level of creativity required for a compilation to be accorded protection is “extremely low”. As such, so long as there is some basis for saying that the compilation was original in some way, the requirement for “creativity” will be satisfied.

For example, In Asia Pacific Publishing Pte Ltd v Pioneers & Leaders (Publishers) Pte Ltd [4], the Singapore Court of Appeal held that the tables of horse-racing information contained in the respondent’s horse-racing magazine did not enjoy copyright protection because the respondent was unable to identify any particular individual or individuals, or even a specific group of people, as the human authors of the tables. Horse racing professionals and readers had contributed ideas from which the tables were developed, and the respondent’s employees had gathered, organised, selected and arranged the information and data to put together the tables. However, none of these individuals’ contributions were sufficient to render him an author or joint author of the tables. The court also rejected the notion that a company could be the author if its employees created the work product.

In Acohs Pty Ltd v Ucorp Pty Ltd [5], the Full Federal Court of Australia held that the appellant’s material safety data sheets (“MSDS”) did not enjoy copyright protection because the appellant could not demonstrate that the would-be joint authors of the work had worked in collaboration. This was because the MSDS were generated using a computer program into which the appellant’s employees would enter specific data, which would be combined with information from a computer database to generate the MSDS. The problem was that the computer program was written by a consultant who had no communication whatsoever with the employees, so that these individuals could not be said to be joint authors. Seeing as no authors or joint authors could be identified, the resultant work could not enjoy copyright protection.

The requirement to identify a human author or collaborating human authors applies to all types of works, not just compilations, but tends to pose more of an issue for compilations because as compared to, say, a book, a play or a piece of music, the creation of these works more often involves the use of computers or the contributions of multiple individuals.

So, for example, the list of “Top 10 Attractions in Mongolia” on Tripadvisor may not be protected if the attractions to be included in the list and their ranking depend entirely on voting by individual users of the website, and these users cannot be shown to have collaborated to come up with the list.

Being aware of the potential pitfalls is only half the battle. The other half may necessitate changing the process for creating the works to ensure as far as possible that the requirement of authorship can be met.

Whether the programmer, the user or both should be recognised as the author would depend on the contributions of each individual, and in particular whether he or she contributed to the creativity of the selection and arrangement of the compilation. If there is creative input from both the programmer and user, then the efforts of these separate individuals should be collaborative as far as possible, so that they may properly be considered joint authors. This may involve, for example, ensuring that the individuals are placed on the same project team and have the opportunity to exchange and develop ideas together.

Where the compilation is user-generated (that is, not just that the information, but the selection and arrangement itself, is user-generated), such as on many social media platforms, then it will be important to keep track of the individuals who have contributed to the work and their respective contributions as far as possible. Even this, however, may not be sufficient to show that the individual efforts are collaborative. In all likelihood, there will be no protection for compilations of this nature in Singapore.

The Court of Appeal in Yellow Pages acknowledged that there was a gap in the law where protection for facts or data is concerned, and that this may allow some companies to “free-ride” on the investments of others. Even so, the court was of the view that protection for facts and data was simply not within the purview of copyright law, and that this is more properly the province of EU-style sui generis database rights, which have not been recognised in Singapore.

If database rights are introduced in Singapore, then compilations which fall through the cracks of the copyright net – whether because they are deemed not to have the requisite level of creativity or do not satisfy the requirement for authorship – will have some protection. So far, there has been no sign that the legislature is considering introducing such rights, but the Yellow Pages decision may well prompt some action on that front. Our eyes are peeled.