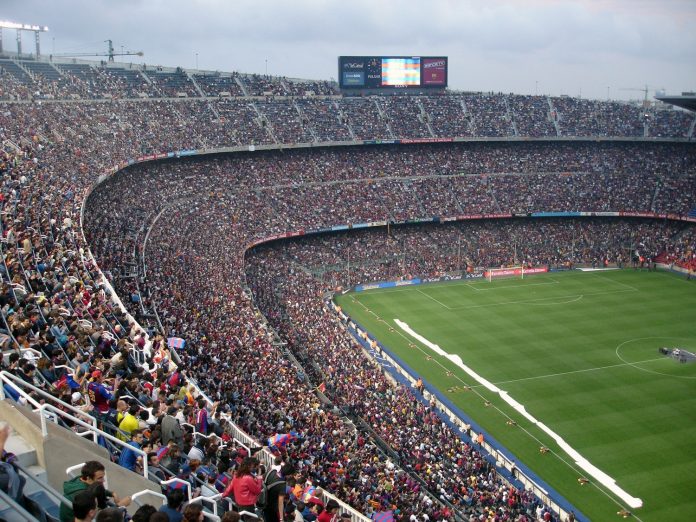 The Money League is based principally on football clubs’ ability to generate revenue from a wide set of sources – most notably, broadcast rights, matchday and commercial. The bare numbers are stark and illuminating – in just 9 years, the threshold to enter the top 20 has more than doubled from €100m to over €200m; Real Madrid have become the first team to push through the €750m mark; and the combined revenue generated by the top 3 clubs is more or less the same as was generated by the entire top 20 during the 1999/2000 season. What’s more, the growth of the financial monolith of football and the continuation of these trends show no signs of stopping. Broadcast deals have been much discussed in recent months and years, with the enormous funds generated through the Premier League and the increased competition provided by streaming services looking to expand driving the prices of broadcasting football beyond what could ever have been expected as few as 20 years ago.

Notwithstanding that, an interesting development this year is the increased ability of the big clubs to increase their revenue percentage derived from commercial angles. These include pre-season tours, any number of individual sponsorship and licensing agreements, and merchandising. Taking merchandising as an example, the biggest clubs now produce as many as 4 different ‘match’ shirts each year, with the focus in designing them weighted on the everyday wearability for fans, rather than merely how they look and perform on the pitch. This vastly increased commercial drive will be a particularly important factor in tracking the Money League over the coming years, with no large broadcast bidding cycles on the immediate horizon.

With six teams in the top ten, the Premier League stands atop the Money League as the leader in generating revenue, with English clubs solidifying their position at the top of the table. This entrenchment is propelled in large part by the broadcast deal signed last February and the ever-increasing riches provided by UEFA (distributions to European competition participants are likely to rise by over €500m to €2.55bn in the coming season) coming at the same time as English clubs are re-establishing themselves on the European stage. Whilst the broadcast revenue will now remain stable for the coming years, English clubs have as good a base as any to build on the commercial revenue streams that are set to become increasingly important. Putting the top 20 to one side, however, the remarkable growth trend is best shown by Brighton & Hove Albion – almost out of business during the 1996/7 season, they are now 29th on the Deloitte Money League.

Gap between the biggest and the rest

Real Madrid have set a new record for single-year growth, as well as establishing the second largest ‘lead’ at the top of the League in its 22 year history – €750.9m compared to FC Barcelona’s €690.4m. Real Madrid are testament to the growing importance of revenue through commercial aspects, having established a global brand exploiting the aforementioned merchandising, sponsorship, pre-season tours and the increased desire of the global market to partner commercially with the biggest European clubs. Overall, the Money League continues to be dominated by clubs from the main five European leagues (Premier League in England, La Liga in Spain, Bundesliga in Germany, Ligue 1 in France and Serie A in Italy). Large clubs in more ‘niche’ European leagues, such as Celtic in Scotland and Ajax in the Netherlands, whilst dominating their domestic picture, pale into relative insignificance when held up against ‘the biggest’. The effect of this increasing dominance remains to be seen. As the biggest clubs and leagues get bigger, will opportunities (sporting, financial and commercial) for other countries, leagues and clubs decrease? On the other hand, perhaps the overall increased revenue throughout Europe will allow for further ‘piggybacking’ and an overall increase and development across the board.

Real Madrid’s status as the current pre-eminent commercial exploiter is reflected in their social media presence, as they lead the market across Facebook, Instagram and Twitter. This conventional ‘Western’ lead is also reflected in China, with the Mailman Red Card Report concluding that the Madrid team are the top football team online in China, across Weibo and the developing Douyin and Toutiao platforms. The development of commercial positioning in China is focused more on the individual player – Cristiano Ronaldo’s move from Real to Juventus, for example, has led to the Italian club entering the Chinese market top 5 for the first time.

The large Spanish exceptions aside (Real and Barcelona), the Premier League continues its relative dominance of the reports discussed, being announced as the number one league online. Despite the fact that the three players with the greatest Chinese media engagement (Ronaldo, Lionel Messi and Neymar) have no connection with the Premier League, it has shown a willingness to expand and embrace more innovative social media strategies in the region. For example, it is the first league to launch on Douyin and Toutiao – the Report emphasising the fact that “Douyin has become a major player in driving brand awareness in China”. The Premier League has been the first, and best, at recognising the movement away from the more traditional club website/Weibo strategy in China, and is reaping the rewards from a market ripe for commercial exploitation.

A note of clarification

Whilst the reports analysed here provide a useful point of reference for assessing the commercial growth and presence of football clubs, social media and turnover are only a couple of factors in assessment of the financial efficacy of clubs as businesses (club debts and profits are not considered, for example). As a commercial snapshot, however, they show the extraordinary growth of the sport over the last couple of decades, and the relentless rise and domination of football clubs as commercial enterprises, both locally and on a wider global scale.

What next across the sporting spectrum?

As clubs turn their eyes further east, more and more opportunities will open to them. Who will be the next global superstar, driving their team to ever greater commercial opportunity? Will the Premier League broadcast deal be reflected in other European leagues, leading to greater competition for the ‘league’ top spot? Will other sports come close to catching up with football in their drive for commercial and financial stability? It would be a fair observation to make that sports like rugby (union and league) would prefer first to expand into the untapped US market before looking east – something football achieved a decade ago. This is shown by the creation of Major League Rugby and the development of the World Sevens Series taking a particular interest in the USA and Canada, whilst Toronto Wolfpack are seeking to break into the entrenched rugby league heartlands. Even then, commercial expansion across the globe is not the primary focus for such sports. Similarly, football leads the sporting industry in expansion into West Africa, with a number of Premier League clubs widening their own footprint by entering into a series of country by country commercial deals. Will other sports achieve anything even remotely similar over the coming years and decades, when currently only the Olympics rivals football for West African brand exposure? MediaWrites will continue to monitor the developments with great interest – and how much the picture will have developed and changed this time next year is a source of great excitement.