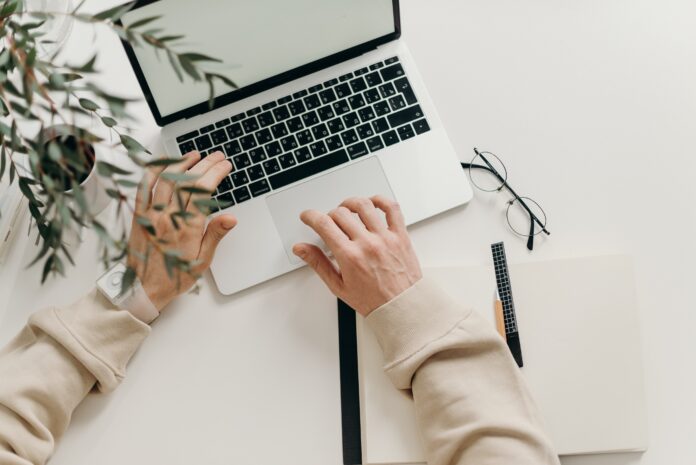 If they become law, these reforms will significantly clarify the position in relation to the potential liability of the various participants in the internet. Critically there are two potential models for the implementation of a statutory safe harbour for certain internet intermediaries. The proposed changes can be summarised as follows:

Stakeholders are asked to provide written submissions by 9 September 2022.

This article considers key aspects of the proposed reforms.

The issues relating to the liability of internet intermediaries for third party content have been the subject of extensive consideration by Australian courts in the last decade, culminating in the recent decision of the High Court in Google LLC v Defteros [2022] HCA 27.

In the Defteros decision, a majority of the High Court found that Google was not a publisher of material made available via hyperlinks in certain search results provided through its search engine, and therefore not liable for that material in defamation. This is the latest in a line of cases considering Google’s liability in respect of material generated by various search functionalities, including allegedly defamatory search result snippets and autocomplete search suggestions.

Controversies and uncertainties continue in relation to liability of social media platforms, media organisations and others in respect of third party posts and comments in a variety of internet contexts.  In Fairfax Media Publications Pty Ltd & Ors v Voller [2021] HCA 27, the High Court determined that media organisations were publishers of third party comments on their Facebook posts. The Intermediary liability issues arising from “likes” and “comments” on social media have been judicially considered in cases such as Bolten v Stoltenberg [2018] NSWSC 1518, and Aldrigde v Johnston [2020] SASCFC 31. Additionally, there have been several cases where parties have applied for Court orders against digital platforms requiring them to hand over personal information of third-party authors of online content to enable commencement of proceedings against those third parties. As was made clear in the High Court Trkulja case, whilst the applicable principles are long-standing and well-understood, each new internet defamation case requires a fresh consideration of them in context.

Against this backdrop, there is a widespread view that statutory reform would be helpful to increase certainty and to put in place clear parameters in relation to matters such as take down time frames and principles.

The reform process has followed a winding path. It is worth remembering the context in which the latest proposed reforms have been published. In 2018, the Council of Attorneys-General (CAG) Defamation Working Party was reconvened to facilitate a “cyber-age” reboot of Australia’s model defamation provisions (MDPs). The review would consider widespread changes to Australian defamation laws. In December 2019 CAG released proposed defamation law reforms (including the introduction of the serious harm threshold), but also determined that issues dealing with internet intermediary liability were complex and should be addressed by way of separate reform process, which became “Stage 2”, while other broader defamation law reforms would be rolled out earlier in “Stage 1”. Stage 1 was implemented from mid-2021 onward. In March 2021, a separate discussion paper for Stage 2 was released which looked at a wide range of issues and options from maintaining the status quo to an unconditional safe harbour for internet intermediaries.

That process was ongoing when in December 2021, the Commonwealth government proposed a legislative response to internet “trolling”. That response was the Social Media (Anti-Trolling) Bill 2022. After several rounds of consultation and review, as well as a change of government, that Bill is not proceeding.

The CAG process has once again moved again to the forefront of reform in this area publishing:

In total, MAG has made seven recommendations.

The proposed reforms will regulate the liability of “digital intermediaries”. A digital intermediary means a person, other than the author, originator or poster of digital matter, who provides an online service in connection with the publication of the matter. Although it is not explicitly stated in the definition, it appears that forum administrators, that is, individuals or organisations that use online platforms to host forums that allow or invite third-party comments, fall within the definition of “digital intermediaries”. This would include those who publish social media pages and allow comments to be posted.

An online service means a service provided to a person to enable to access, search or otherwise use the internet, and includes:

Matter that is transmitted, posted or stored using an online service is referred to as “digital matter”.

Exemptions from liability for “mere conduits”

Two statutory conditional exemptions from liability are proposed for digital intermediaries who are “mere conduits”. These comprise Recommendations 1 and 2.

This safe harbour will apply to search results generated using the search engine from search terms inputted by the user of the engine only. “Terms automatically suggested by the engine” are not exempted from liability, which means that autocomplete search term suggestions are explicitly excluded from the protection afforded to search engine providers.  A search engine provider would face different risks in relation to defamatory search result snippets, compared with autocomplete search suggestions.

Recommendations 1 and 2 would be implemented by way of a new s 9A in the MDPs.

There are two alternative defences proposed for digital intermediaries who are not mere conduits of digital matter, which comprise recommendations 3A and 3B. The fork in the road is significant – each model would have different ramifications for internet users and providers of online services.

Recommendation 3A is to provide for a safe harbour defence for digital intermediaries if the complainant has sufficient information about the originator to issue a concerns notice or commence proceedings against the originator. This is known as “Model A”.

To establish the defence the digital intermediary must prove that it:

A complaints notice is only duly given if:

Digital intermediaries will need to give careful consideration to the practical ramifications of these requirements. For example, the information that must be provided by the digital intermediary must enable the giving of a concerns notice and commencement of proceedings. Section 44 of the MDPs provides for the manner in which a concerns notice may be delivered to a person, including by person or by way of an email address or postal address specified by the person for the giving or serving of documents.

These requirements will affect commercial providers of online services as well as individual internet users. Digital intermediaries will potentially include a wide array of actors in online communications. In order for individuals to have the benefit of this defence in respect of third-party comments on their page, they will need to have established a mechanism for the submitting of complaints notices, and will need to respond to those complaints, including by providing identifying information in respect of posters on the page.

Recommendation 3B is a new innocent dissemination defence for digital intermediaries in relation to third-party content. This is the alternative proposal to Model A. The digital intermediary would have a defence until the point where they are given a written complaints notice and they remove the content within 14 days. This is known as “Model B”.

With either option, the intermediary must have a mechanism for receipt of complaints notices, but in the case of Model A, the complaint notice would also need to set out the steps taken to identify the originator.

Recommendation 4 is that the Commonwealth Government consider whether it is desirable to exempt defamation law from s 235(1) of the Online Safety Act 2021 (Cth) (OSA).

In early 2022, s 235(1) of the OSA came into effect. It provides that a law of a state or territory, or rule of common law or equity has no effect to the extent that it:

The precise operation of this section in the context of defamation law is unclear. This recommendation is made on the basis that clarity would avoid complex disputes in defamation litigation to test the applicability of this section to digital intermediaries.

Recommendation 5 is to empower courts to make orders (interim or final) for a person who is not a party to a defamation dispute, to remove, block or disable access to the online matter within scope. Critically this is not something that can be made only against an intermediary but in relation to any non-party, so long as the order relates to digital defamatory material. There would no change to the existing threshold for the granting of interim orders. An order could be issued to any non-party with a role to play in limiting access to digital defamatory material including an “immune” non-party such as an ISP (see recommendation 1). For example, an order could be made against an ISP to prevent the publication of digital matter to internet users, if an Applicant successfully obtains injunctive relief against a defamation defendant in respect of that digital matter. Conceptually, this reform is similar to the s 115A blocking mechanism under the Copyright Act 1968 (Cth).

Changes to preliminary discovery in the defamation context

Recommendation 6 is to impose new requirements in circumstances where a Court is considering whether or not to order preliminary discovery or so-called “Kabbabe orders”. Such orders are typically used to obtain information from an intermediary about the originator to enable the commencement of proceedings against the originator. This recommendation recognises the potential abuse of such orders and/or the chilling effect on whistle-blowing disclosures. The Court would need to consider:

Changes to offers to make amends in online context

Recommendation 7 is to amend the mandatory requirements for the content of an offer to make amends (under the MDPs) to allow the intermediary to offer to simply prevent access to the digital matter complained of. This would replace the requirement to offer to publish a reasonable correction or clarification (which is plainly, unfeasible for many types of internet intermediaries).

The proposed reforms will be the subject of further consultation. Stakeholders are invited to provide written submissions by 9 September 2022. This is an important opportunity for stakeholders to work through, and make submissions about, the practical ramifications of the reforms.