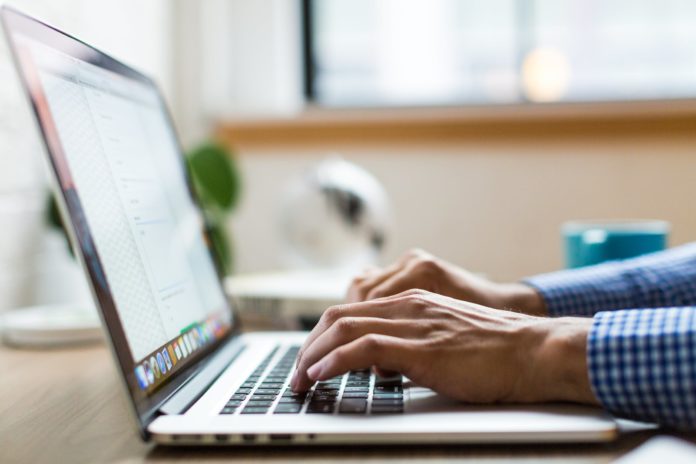 On 18 June 2020, the French Constitutional Court struck down most of the Avia Act which was passed by the French National Assembly on 13 May 2020.

60 senators from the political party “Les Républicains” argued that the the provisions of the Act were inconsistent with Article 45 of the Constitution which describes the “legislative shuttle” and the principles of freedom of speech and communication.

The Constitutional Court struck down the highly controversial provisions of the Avia Act, considering that they were unconstitutional on the grounds that they undermine freedom of speech and communication without being “appropriate, necessary and proportionate” to the aim pursued. The Court also highlighted the deadlines as being excessively short, the lack of intervention of the French judge in the control mechanisms and the risk of excessive censorship by an over-removal of content.

What’s left of the Avia Act? Nothing or almost nothing… Now the Act is deprived of much of its substance. Only a few articles remain and they concern less controversial measures, such the creation of a specialized prosecutor’s office to fight against online hate speech; the simplification of content reporting or the establishment of an “online hate speech observatory” under the Superior Audiovisual Council (CSA). This decision is a real legal strike!

On 13 May 2020, the French National Assembly passed the Countering Online Hatred Content Act, also called « Avia Act » after the name of the Member of Parliament who introduced the bill before the National Assembly on March 20, 2019.

This Act is largely inspired by the German NetzDG Act that came into force in October 2017, and the countering racism and anti-Semitism online report submitted to the French President on September 20, 2018. It aims at fighting against the spread of hate speech on the Internet and strengthening the existing legislation.

The Act for trust in the digital economy of June 21, 2004 (“Loi pour la confiance dans l’économie numérique”, “LCEN”) is the current provision applicable to hosting providers. Until the Avia law enters into force, the current measures establish a threefold legal framework:

However, the definition of hosting providers provided by the LCEN is unclear and a source of contention as it blurs the law’s predictability. The thin line that separates hosting providers from publishers is a risk to be taken into account when categorising online communication operators. The Avia Act aims to rectify the unforeseeable nature of the current law by introducing new mechanisms.

The Avia Act targets not only social networks but also search engines, which includes all operators offering online public communication services based on the classification or referencing of content made available by third parties, by means of algorithm, or the bringing together of several persons with a view to sharing content[1]. Application decrees will be published concerning the activity thresholds that must be reached in order to be subject to the law. The new rules should come into force on 1st July 2020.

2) The New Requirements for Hosting Providers

The Avia Act does not expressly define hateful content but rather refers to a number of offences provided for in the Freedom of Press Act of July 29, 1881 and in the Criminal Code. The hateful content mainly covers:

The main measure of the Avia Act is the creation of a new article 6-2 in the LCEN, stating that communication service providers will be required to remove evidently illicit hate-speech content within 24 hours of being notified of such content. Failure to comply with this obligation will be punishable by a 250,000 euro fine. In addition, they must implement a notification mechanism that should be easily accessible, and the information requested from the user should be limited to what is strictly necessary to identify the notifier and to determine the category of the disputed content and its location.

The act also strengthens the existing provisions of the LCEN. Where the administrative authority could previously request hosting providers and online communication providers to remove terrorist or child pornography content within 24 hours, the Avia law reinforces this mechanism by reducing the removal period to one hour and by increasing the fine to 250,000 euros for individuals and 1,25 million euros for legal entities.

In the same way, the Act strengthens the duty of online platforms to cooperate in the fight against online hate content with competent public authorities by tripling the amount of the fine incurred in case of breach of these obligations (from 37,500 euros to 1,250,000 euros). This enhanced cooperation requires, amongst other measures, clearly making available the terms and conditions for content moderation.

Moreover, the law gives France’s audiovisual regulator the right to make formal demands requesting providers to comply with the new provisions, to audit companies’ systems in order to remove hateful content and to fine them up to 4% of their global annual revenue in case of serious and repeated violations. These penalties and formal demands may also be made public.

In addition, the Act introduces several less demanding requirements. Hosting providers will now be required to: establish a uniform and directly accessible notification system; implement an internal process aimed at a better treatment of notifications; and provide clear and detailed information to the public presenting the modalities of moderation of illegal content or designate a specific person to be in charge of receiving requests from the judicial authority.

3) An Act that May Lead to Freedom of Expression Infringement

Critics came from various sources such as the French Senate, the European Commission, the United-Nations and online communication platforms.

The core criticism is the fear that the 24-hour removal period measure would constitute a breach of freedom of speech. In addition to the short period to remove illegal content, the sanctions for failure to comply are severe. These parameters could lead online communication providers to fall back on massive artificial intelligence systems and take precautionary measures to avoid facing substantial fines. Such processes could result in an over-removal of content due to the highly context-sensitive nature of hate speech.

The nuances between actual illegal hate speech and legal content can be very difficult for filtering technology to comprehend. As a matter of consequence, online communication platforms will be pushed to remove content that may be, in fact, legal. The outcome of such measures may lead to a privatisation of censorship and a violation of the freedom of speech. The French opposition party has already submitted an appeal before the Constitutional Court in order to verify the legality of the Avia Act.

Advocates of the Act defend it by stating that the 24-hour measure only applies to “manifestly” illegal content and merely reinforces an obligation existing since the 2004 law. As a matter of fact, the LCEN currently provides for an obligation to “promptly” remove the notified manifestly illegal content.

In addition, they argue that even if the Avia Act has a broad scope, it doesn’t cover “ordinary” hatred content between individuals (“ordinary” meaning harassment, insults, defamation) or hate speech towards categories of population based on criteria other than race, religion, gender, disability and sexual orientation.

Furthermore, by reducing the removal period to one hour for terrorist and/or child pornography content, the Act weakens the balance of powers. In fact, an administrative authority can ask for such content to be removed (without any decision made by a judge) within one hour. If the platform does not censor the content, the administrative authority can request the Internet service provider to block it. The separation of powers is ruled out as it is the administrative authority who decides on the criteria for censoring content. The notion of terrorism can be broad enough to give a discretionary power and the judge will only intervene downstream, i.e. if the measures are challenged. The judiciary is entirely absent from the chain leading to the censorship of the site.

Moreover, the European Commission has underlined the potential risk of violation of articles 3, 14 and 15 of the Directive on Electronic Commerce considering that the simplification of the notification could contradict case-law of the Court of Justice of the European Union (according to which a notification cannot be insufficiently precise and needs to identify the notifier and the exact location of the content, CJEU, 12 July 2011, L’Oréal v. Ebay) and violates the principle stating that platforms are not subject to a general content monitoring obligation.

To sum up, while the Avia Act is introduced as a major step forward in the fight against hateful content on the Internet, its effectiveness remains to be proven. As a matter of comparison, in Germany, the NetzDG Act didn’t provoke massive censorship, nor did it really make hate speech disappear. As of today, communication platforms have already integrated reinforced protection measures and notification processes. Much of the deletion of content is carried out based on the terms and conditions of the platform rather than on the law. Thus, although it is true that the provisions of the LCEN were getting old and needed updating, was it necessary to adopt such complex and disjointed new legislation? Would it not have been more effective to improve the current provisions of the LCEN in a consistent and uniform way? This all remains to be seen and we shall be monitoring the Avia Act’s progression closely.