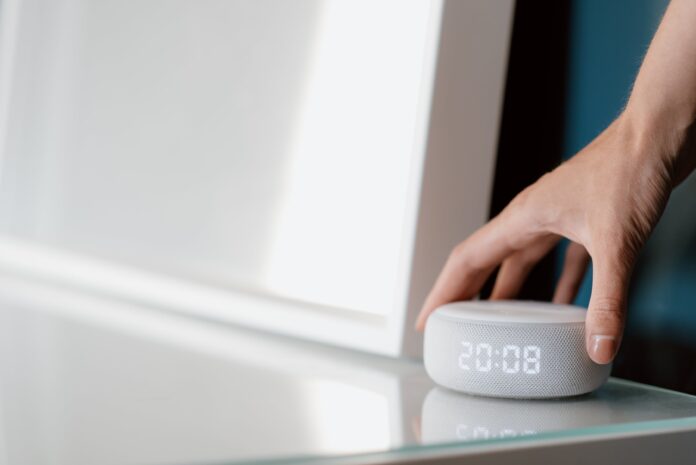 Time for publishers to flex their vocal cords?

Predictions about the growth of smart speaker sales during the lockdown enforced by Covid-19 have not entirely come to fruition, but there is still significant optimism about the potential for the technology. A recent report by Juniper Research suggested that by 2024 there would be more voice assistant devices than people on earth, with growth driven by their increased use in mobile devices. The lockdown has, however, greatly increased use of smart speakers and intelligent voice assistants. While such use remains dominated by queries such as “play “Wannabe” by Spice Girls” or answering general questions like “what’s the capital of Saskatchewan?” or “What’s the weather like today?”, a recent report by Edison and NPR revelated that 35% of American users were using their devices more for news and information. For publishers, this further underlines the potential for intelligent voice assistance to drive audience engagement within a struggling industry – but just what is that potential and how can it be realised?

A new chapter for the publishing industry?

A 2018 study by Reuters found that smart speakers were mostly being used for playing music, answering general questions, and getting weather updates.  Two crucial features for publishers – news updates and reading audiobooks – were used regularly by 46% and 13% of users respectively, but the number of users valuing those features as the “most valuable” was just 1% for each. How can publishers increase the perceived value of these hugely beneficial functions?

One key part of publishers’ business, namely advertising, has shown more encouraging signs recently in relation to smart speakers, with a study[1] conducted by Adobe finding that 51% of users remember hearing an ad on their smart speaker, up from 26% in March 2019. However, another important aspect that could drive revenue through speakers is innovation – finding new and inventive ways to deliver content. Google enables its users to get a tailored playlist of news snippets from Google News, with this information coming from various different publishers. Some other publishers have been experimenting with other innovative formats. Bloomberg Media introduced a text-to-audio function as part of its app in 2018, offering users audio versions of stories created utilising Amazon Polly. Elsewhere, the Guardian completed Voice Lab. Run using Google’s underlying technology, the project sought to try and understand what optimised content experiences might look like. The project included some blended audio experience mixing pre-recorded audio and text-to-speech technology (which is combined with SSML, a markup language that allows its users to markup for things like pitch, volume and contour).

Challenges remain. For example, although text-to-speech technology has advanced enormously in recent years, the robotic timbre is a turn off for many consumers (although increased usage should improve performance over time). Despite this, there are several developing areas which could enable publishers to capitalise on the opportunities presented by this still relatively new medium.

Search – the next frontier?

In a 2020 survey[2], search engine optimisation (SEO) was highlighted as the second most important challenge for digital publishers. SEO is the process whereby online publishers optimise their content in order to ensure increased traffic to a site.  Search is already a primary function amongst existing smart speaker users. While SEO has been around for decades, more recently there has been increased focus on answer engine optimisation (AEO), as search engines aim to provide a single answer to a specific query (rather than a list of results). This is crucial for voice technology, which (currently) lacks an effective means of providing multiple results to users’ queries.

For search engines, source credibility is clearly an important issue, as well as the continuing need for a greater amount of content that has been optimised for voice search. Google remains a key player in the development of voice-related technology. In 2019, it announced the international rollout of its BERT algorithm, aimed at providing a greater contextual understanding of users’ searches.

For publishers, optimising content for voice search will be necessary in order to retain traffic. Some analysts suggested that BERT would lead to improved results for voice searches and a higher quality of published content. It is probably too early to say whether this has truly happened.

Yet publishers face a number of questions, including how to optimise for natural language searches, and whether and how to create content that is optimised for answer engines. For established and traditional media, particularly in the news space, how AEO fits into their wider strategy could be a particular challenge. For all publishers, a crucial question will be how they are able to monetise any new content that is created. There is already tension between platforms and publishers, and it will be interesting to see whether the monetisation of content that publishers optimise for voice assistants will add to those tensions.

Skills to pay the bills

Linked to AEO is the need for new skills and actions to enable content to be delivered effectively to consumers. Publishers have already developed daily flash briefing skills and associated content. In addition to branded skills, publishers should consider how they might gain first mover advantage for generic skills (i.e. queries that are not specific to the publisher’s brand); it is the first mover who is the owner of the generic skill, which has led to something of a race to build skills and actions before the industry knows quite what to do them. For a news publisher, for example, owning a generic skill such as “Alexa, tell me the latest Brexit news” would enable it to drive users to its content, rather than a competitors, giving it greater market reach and increasing its exposure.

The potential for creating entirely new interactive content experiences is perhaps the most creatively interesting voice technology proposition. The BBC, for example, ran a pilot called “The Inspection Chamber“, an interactive sci-fi storytelling project run through Amazon’s Alexa, enabling users to effectively play one of the characters. This type of content is still in its infancy; as natural language recognition on devices improves such experiences could be extremely appealing to certain audiences (particularly children).

The technology is still in its relative infancy, but the increasing presence of personal assistants beyond smart speakers – whether in cars, headphones and other devices – will likely see further innovations in terms of content delivery, providing a potentially valuable new revenue source. The strategies that publishers chose to adopt to utilise voice technology will be an important area in the battle for user attention and revenue.