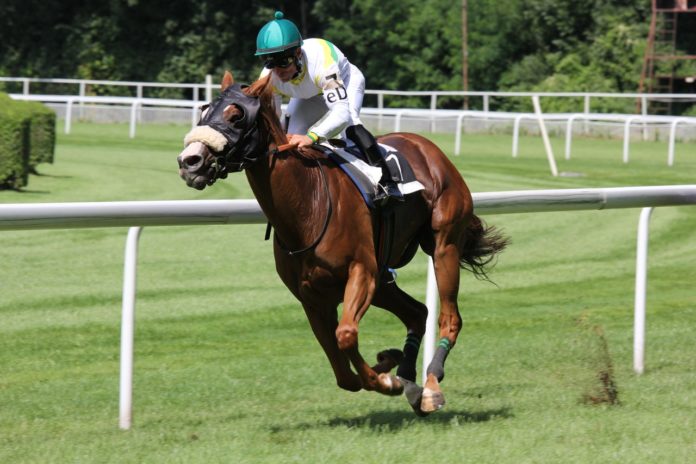 Context to the decision

The claim originally brought by The Racing Partnership (“TRP”) sought to protect the exclusivity and the value of its raceday data. TRP had been set up by Arena Racing (the owner of a number of British racecourses) and other independent British racecourses as a rights vehicle to aggregate and exclusively exploit that data, along with audio-visual coverage of races from those courses, selling it on to UK and international bookmakers. Raceday data includes the going of the course, non-runners and withdrawals, the time of the “off” (start), and the results of each race.

Sports Information Services (“SIS“), a producer and distributor of data and audio-visual coverage, provided an alternative unofficial data package in respect of races at Arena’s courses, comprising: (i) Betting Shows drawn from other sources, namely the odds data found on odds comparison sites and online betting exchanges; and (ii) raceday data sourced through a contractual arrangement with the Tote (pursuant to which the Tote had contractually warranted that it had the right to distribute that data onwards).

The Court of Appeal findings can be summarised as follows:

Breach of confidence – SIS did not act in breach of confidence. The majority found that it was not reasonable to expect SIS to have known that the Tote was not permitted to supply SIS with data for fixed-odds betting. TRP and the Tote had chosen to regulate their relationship by contract. SIS could have reasonably expected that any bar on the dissemination of data would be found in the express or implied terms of that contract and no such term was present. SIS had asked the Tote about its entitlement to supply the data and the contractual warranties provided to SIS by the Tote gave SIS the reasonable impression that the Tote was lawfully entitled to provide the data.

There was disagreement between the Lord Justices on an important issue for the future application of this case; whether key elements of the data (in particular non-runners, withdrawals, the off and the result) could be considered confidential information. Arnold LJ concluded that the individual elements of the data were confidential whereas Lewison LJ suggested that the individual elements were not and only a compilation of these data points could potentially be confidential. Phillips LJ did not directly address the issue, although overall, he sided with Lewison LJ on the breach of confidence issues. Therefore, even though in this case SIS was found not to have acted in breach of confidence, the application of the law of confidence to unofficial sources of live sports data has the potential to be hotly contested in future disputes.

Notwithstanding their disagreement about the status of the underlying data, the Lord Justices did agree that the Tote had become a trespasser on the racecourses by exceeding the scope of its (implied) licence to collect data for pool betting purposes.

What does this mean for the sports betting landscape?

The decision has perhaps not afforded the complete certainty to event organisers and their ability to protect the instantaneous data which forms the basis of the sports betting market that they might have hoped for, particularly given the disagreement amongst the three judges and the possibility that this case could be appealed to the Supreme Court. Nonetheless, it does go some way in this regard, and event organisers might consider their hands strengthened by this judgment.

Ever since the scraping of live sports data from websites was found to be in breach of database rights, those creating feeds of unofficial sporting data have tended to send data scouts to the sports venues to create their own feeds of unofficial data. For the event organisers, their protection has been based on the terms of conditions of entry to a sports event, typically found on the back of a fan’s ticket. This has provided the basis for the removal of individuals from a given event engaging in ‘in-person scraping’ (i.e. sending the data on in real-time to a third party for exploitation), but it has proved difficult to enforce effectively.

Importantly to this area moving forward, the reasoning has remained specific to the contractual relationships in play in this case. The Court of Appeal has not ruled conclusively that the nature of live sports data is inherently public and not capable of being protected by a right of confidence. There therefore remains the possibility that a right of confidence in live sports data will arise in other circumstances, and in other sports. The finding that the Tote was acting as a trespasser by collecting and distributing data for fixed-odds betting services (thereby by exceeding the permission it had been granted in relation to pool betting) may also provide event organisers with another legal tool to fill any gaps in the contractual restrictions they impose on data collection.

In respect of unlawful means conspiracy, this is a complex and typically fact-specific tort, which makes it difficult to spin out into an overarching principle to cover the sports data market. However, the significant discussion regarding the knowledge required to constitute the tort (including the central tenet here that awareness of unlawfulness was not actually needed) is a point which could have effect across the legal spectrum.

Finally, the decision raises points to be considered regarding the approach to contractual warranties and indemnities. The standard approach to reduce the legal risk in any situation incorporating the exploitation of data is to seek warranties and indemnities from the data supplier confirming they have the right to supply the data. The decision suggests that it may be reasonable for a party to rely on contractual assurances regarding the legality of a data source, unless it can be shown it was not reasonable to do so. This may serve to protect the users of unofficial sports data where they have been given contractual warranties by the providers of that data, and may mean that event organisers seek to focus their enforcement action on the unofficial supplier (as has happened here with the Tote being so liable), rather than the third parties who go on to exploit that unofficial data.

MediaWrites will continue to watch both this case and whether it does indeed proceed to the Supreme Court, and the ever-expanding sports data market, with interest.

Toby Bond and Jacob Webster’s summaries of the first instance decision and report on the appeal hearing can be found by clicking here and here respectively. Toby has also written a rapid-reaction breakdown of the Court of Appeal decision which is available here.