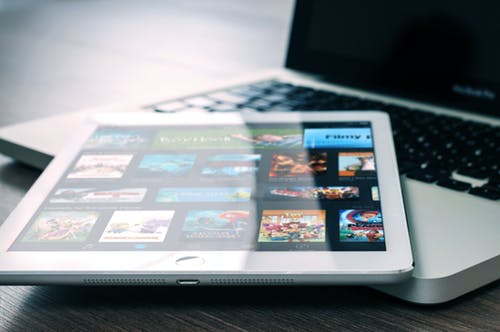 Chili was founded in June 2012 in Milan (Italy) as a transactional platform that allows customers to watch on demand (TVOD) movies and TV series. Since its success in Italy, Chili has extended its offer to Austria, Poland, Germany and the United Kingdom. In addition to the entry of Torino 1895 Investimenti S.p.A. in 2017, among the shareholders there are also many famous US Companies, such as Paramount Pictures, Sony Pictures Entertainment, Viacom, Warner Bros, 20th Century Fox (from March 2018). Chili allows its users the single purchase of TV series and movies. Unlike Netflix which provides for the subscription, Chili allows users to rent or purchase individually the titles the customer wants to watch. The arrival of Netflix was seen with positively by Chili’s previous CEO, Mr. Stefano Parisi, who considered the arrival of Netflix in Italy as a possible boost for the video on-demand market.

Following the success of Mediaset Premium, in 2013 the Mediaset Group launched the “Infinity” service which represents an innovative offering for its customers to stream a broad range of movies, TV series, fiction and TV programmes. The most distinctive element of Infinity is “Premiere”, the first window where the service makes movies available to its subscribers, which occurs every Friday for a limited time (usually a week). Customers can also download content onto tablets or smartphones and view it offline and there is also the possibility of renting some films that recently played at the cinema. All content is visible on 5 different devices and 2 simultaneously. In terms of quality, some 4K and HDR titles are also starting to be available. In order to take on Netflix, Mediaset has implemented two core strategies: (i) cutting the price of subscriptions; and (ii) growing the property rights for various products.

Sky could be considered as Netflix’s biggest existing competitor in Italy. Sky offers many options, such as Sky on Demand, Sky Cinema and Now TV and many other channels. Many advantages of Sky are found within the sports programmes and the new category of “Sky Originals”, i.e. the platform’s self-production. In particular, the series “Gomorrah” is ranked in the third place in the famous “The best tv shows” ranking in the annual edition of the New York Times. As of last year Sky On demand and Netflix  announced a partnership meaning Sky is going to become a partner of Netflix rather than a competitor. The two companies will offer to all customers a specific entertainment TV package entitled “SkyQ”. This package combines Netflix’s service and Ultra HD content with Sky’s Ultra HD programming. Existing Netflix customers can also choose to migrate their account to the new Sky TV package, or access the Netflix app using existing account details. Unlike Chili, Sky Italy CEO Mr. Andrea Zappia, denied that the arrival of Netflix can be considered as a revolution or innovation for the Italian market, conversely considering the Californian giant as an “old” proposal.

So with all of this disruption in the industry and these new emerging faces, what are some of the legal implications in Italy?

On 7th March 2019, the Italian Communications Guarantee (AGCOM) expressed its opinion on a merger procedure consisting of the acquisition of R2 S.r.l. (a branch company of Mediaset Premium) by Sky.

AGCOM stated that “With regard to the pay-TV market, Sky is a dominant player and has a market share of around 77% in 2017. The main competitor is Mediaset Premium, while other operators have a combined market share of less than 5% in the same year“.

Therefore, the acquisition of R2 by Sky seems an appropriate strategy to give Sky a competitive advantage and it allows Sky to strengthen its dominant position (already held in the same market), through a strategy of acquisition of Mediaset Premium customers and presence on all transmission platforms (i.e. digital satellite, digital terrestrial and over the internet).

AGCOM also considers that Sky would essentially become the sole operator for the distribution of pay-TV channels on both digital terrestrial and digital satellite. Indeed Sky and Mediaset Premium represent together the 90-95% of the purchase of pre-packaged channels in 2018.

This demonstrates why why AGCOM will start investigating this merger, in order to determine if this acquisition is liable to create or to strengthen a dominant position in the market for retail pay-TV services by Sky. With reference to Netflix, it is clear that according to AGCOM’s analysis, it is included in the percentage of 5% of other operators in the pay-TV market. The proportion is very impressive but it means that in the Italian pay-TV market Netflix has not yet acquired a decisive role compared to other competitors.

In 2016 Netflix and Italian Society of Authors and Publishers (SIAE) signed an agreement that makes available to Netflix musical works (i.e. soundtracks for movies) and audio-visual works protected by SIAE, for payment. SIAE declared in a statement that “The agreement is the result of long and collaborative negotiations to ensure equitable remuneration to authors of cinematographic and similar works and the remuneration of authors and publishers of soundtracks, as provided for in the contractual models common to all operators in the sector“.

The equitable remuneration is provided in Italy according to Article 46-bis of Copyright Law (L. 633/1941) that states “Notwithstanding the provisions of Article 46, where the broadcasting rights are assigned to the producer, the authors of cinematographic or assimilated works are entitled to equitable remuneration from the broadcasting organisations for every use of the work that takes the form of communication to the public by electromagnetic waves, cable or satellite. For every use of cinematographic or assimilated works that is different from that provided for in paragraph (1) above and paragraph (5) of Article 18-bis, the authors of these works are entitled to equitable remuneration from those exercising the exploitation rights for each separate act of exploitation.[…]”.

For the determination of the equitable remuneration to authors, two different systems have usually been used.

In the agreements with the Italian television broadcasters (such as RAI) a tariff scheme is used. The calculation is determined on the basis of a value per minute divided into three parameters, such as network, category of the work and time slot. The remuneration for the sale of video supports is attributed to the right holders on the basis of an agreement between authors or a general revenue-sharing plan.

In 2015, in order to calculate the equitable remuneration in the agreement between Sky and SIAE for the use of the content protected by SIAE, the criterion of the online use of audio-visual content has been used. It is based on a percentage of the operator’s revenue, depending on many parameters, such as subscriptions, advertising, and the channel’s audience. According to the agreement between SIAE and Netflix, Netflix transfers to SIAE a percentage of the revenues that it derives from its subscriptions.