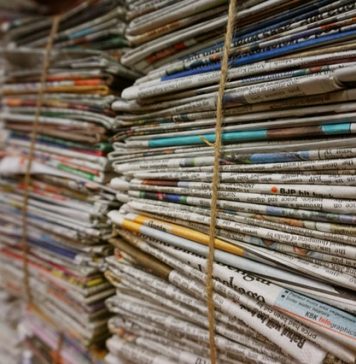 On 30 April, the German Federal Court of Justice delivered a highly anticipated decision on whether the publication of book excerpts by a member of the German Parliament (“Bundestag”) on an internet news portal was permissible.

The decision was the subject of great anticipation, not only amongst German copyright lawyers but also the wider German public. The matter was subject to a great deal of attention in the German press, as it concerned a well-recognized member of the German parliament, Volker Beck. At the core of the dispute was the question: to what degree can news portal use excerpts from a book when relying on the exception for reporting on current affairs?

Background of the Case

Mr. Beck was a member of the Bundestag for the Green Party from 1994 to 2016. Before he was a member of the Bundestag, he authored a manuscript in which he advocated a partial decriminalization of non-violent sexual acts of adults with children. This was published in 1988 as a contribution to a book. In May 1988, Mr. Beck complained to the book’s publisher that the latter had made changes to the text without his consent. Since at least 1993, Mr. Beck has completely distanced himself from the content of his essay.

In 2013, the original manuscript was discovered. Mr. Beck submitted the manuscript to several newspapers as proof that it had been altered. He did not however agree to the publication of the texts. Instead, he placed the manuscript and the book contribution on his website, with the statement that he dissociated himself from the contribution. He agreed to a link to his website by press outlets.

The defendant published a press report on its internet portal in which the author took the view that Mr. Beck’s central statement had in no way been falsified. Internet users could download the manuscript and the book contribution via an electronic link. Mr. Beck’s website was not linked to. Mr. Beck regards the publication of the texts as an infringement of his copyright.

At first instance, the regional court granted his claim. The defendant’s appeal was unsuccessful. The Higher Regional Court considered that the publication of Mr. Beck’s copyright-protected texts without his consent was not justified.

The decision of the Federal Court of Justice:

For the German Federal Court of Justice, the most relevant question in the case at hand was whether the use by the defendant was protected by the exemption for reporting on current events provided for in the Sec. 50 of the German Copyright Act, (“UrhG”). After the Federal Court of Justice had referred several questions to the CJEU concerning the interpretation of Sec. 50 UrhG in the light of European copyright law, the Federal Court of Justice overturned the appeal judgment and dismissed the action. By making the manuscript and the book contribution available on its internet portal, the defendant did not unlawfully infringe the plaintiff’s copyright. On the contrary, the exception for reporting on current events (§ 50 UrhG) is applicable.

According to the decision of the Federal Court of Justice, the Court of Appeal did not take enough account of the fact that the article in question focused on the Mr. Beck’s current confrontation with his manuscript found during research and his reaction to it. These were current events when the article was posted on the defendant’s internet portal and were of current public interest, relating to the credibility of Mr. Beck as he runs for re-election as a member of the Bundestag.

Moreover, the reporting did not exceed the scope required and was proportionate with regard to the purpose of the exception, the respect of the fundamental freedoms of the right of freedom of expression and freedom of the press.

Against those basic and fundamental rights, the author’s moral rights, in determining whether and how his work is published does not carry any decisive weight when weighed against the fundamental rights of freedom of expression and of the press. The report had not concealed Mr. Beck’s opinion on the criminal liability of sexual abuse of minors, which has changed over the years, from its readers; it made it the subject of the report. In doing so, it has not made the text in question available to the public without a distancing reference that clarifies the changed intellectual-personal relationship of Mr. Beck to his work, and has taken sufficient account of his moral rights.

The decision of the Federal Court of Justice demonstrates the importance of weighing all relevant interests when determining whether a specific act constitutes a copyright infringement, and whether an exception might be applicable. It strengthens the freedom of the press in reporting on current events and gives the press a much-needed security. However, the decision doesn’t give the members of the press a free pass to publish all maybe copyrighted information they get their hands on. In the case at hand, the German politician had published the respective pieces of work voluntarily and therefore did not enjoy the same level of protection as other authors. In the future, whether the exception is applicable will have to be assessed on a case-by-case basis.