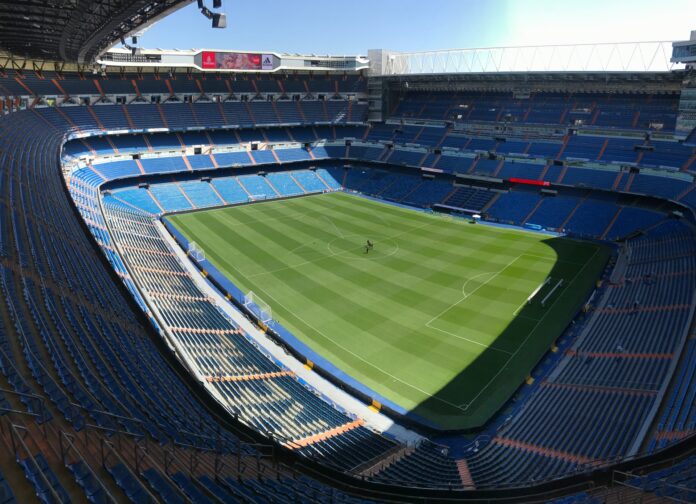 This year has changed the perception of sports events all over the world. Not only have we become used to football matches without spectators, but the way that we consume big sporting events has also changed significantly in the last year. Sports broadcasting itself had to adjust to the new environment. The question that looms as we look forward to a 2021 that it is hoped will include a phased return to “normality” is whether these changes will prove to be temporary work arounds, or whether the sports event and broadcast industries have been permanently changed by an unprecedented year of disruption.

To begin addressing this question, we want to briefly highlight some of the developments in sporting events and its broadcasting that we have witnessed over the last few months.

Many of the big sporting events, and live events in general, are currently broadcasted semi-automatically. Nearly all cameras, as well as the lighting and the sound, can be controlled over long distance by a control room with only a minimum of personnel at site. In particular, cameras have been trained by AI means to follow the live action without the involvement of any individual. By this means, for example, the German TV producer Sporttotal has equipped around 800 venues in Germany and Europe with a camera system which is based on AI technology. As such a camera system is of course much cheaper than a traditional TV production, even clubs in lower leagues can afford to have their games available to a broader audience via streaming services.

Those developments will mean that media partners of big sporting events will be able to cut their costs significantly by relying on new technology based on AI.  Beyond the most well-known sports brands, this technology also raises the prospect of a thriving lower-league ecosystem as low-cost broadcasting technology is rolled out more widely. Whether sufficient consumer demand exists to finance this novel use of technology is a question that broadcasters will no doubt be wrestling with and testing over the coming months and years.

Use of spectator sounds at ghost matches

One of the other significant developments over the past few months has been the use of AI prompted crowd noise within the broadcasting of football games. In particular, this was on display at the Final Tournaments of the UEFA European League and the UEFA Champions Leagues last summer in Germany and Portugal.

As those tournaments were held without spectators, apart from a small number of officials, team representatives and media partners, UEFA, together with its broadcasting partners, developed an artificial sound in the stadium, which aimed to imitate the sound of the spectators. The sound could be controlled so that that it automatically reacted to what happened on the pitch. For example, if a team has scored a goal, the sound of the fans of this team was played in order to create an authentic stadium atmosphere. The sound design was not only controlled by the director in the control room, but also automatically by AI. The relative success of these temporary measures could lead to the continuation  of these developments after the pandemic. Broadcasters may find themselves more familiar with artificial sound design, and open to attempting other virtual broadcasting elements such as virtual advertising, which has long thought to be an elegant solution for sports which have diverse global audiences.

The new technical opportunities have also reached athletes and coaches. While it is not a new experience that coaches are connected with headsets to assistants and athletes, they can now use advanced streaming technologies for real-time coaching. With new, faster telecoms speeds like LTE and even 5G technology, coaches and athletes can react very quickly, for example by carrying out a real-time analysis during halftime.

The new technology also heightens the possibilities for coaches retrieving real time data from athletes, such as physiological body signs or acceleration and speed, which then can be used as a basis for tactical decisions during a competition. Furthermore, the retrieved data can be modelled and compared using AI and deep-learning techniques in order to inform coaches of possible outcomes of a tactical decision or an in-competition situation.

From all of the above, it seems inevitable that new technology, enhanced bandwidth and streaming technology will continue to shape the future of broadcasting and that we have only seen a glimpse of the technical functionalities over the last months. Events organisers and broadcasters, now more familiar with many of these technologies and the companies which have created them, seem to have accelerated their progress along a trajectory which has seen those industries disrupted. Has that cultural shift primed us for an era of even more rapid progress? We will be reporting on those developments on MediaWrites over the coming months.