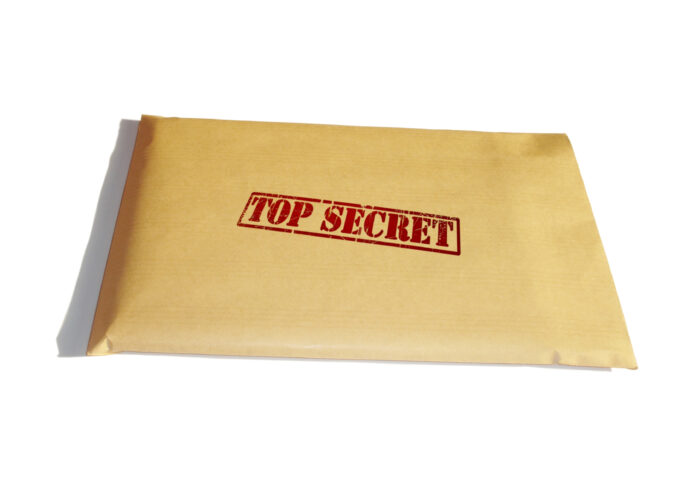 On 30 April 2020 the Federal Court of Justice ruled (case no. I ZR 139/15), that the Federal Republic of Germany cannot prohibit press publication of military situation reports on the Afghanistan mission of the German armed forces (Bundeswehr) by invoking copyright law.

The claimant is the Federal Republic of Germany, which is represented in the present proceedings by the Federal Ministry of Defence.

On a weekly basis, the German Federal Ministry of Defence prepares military situation reports on the Bundeswehr’s foreign missions and developments in the area of operations. These reports are sent to selected members of the German Parliament and Federal Ministries. The reports are titled “Information to Parliament” and are categorised as “Classified Information – For official use only”.

The defendant, Funke Medien NRW GmbH, operates the online portal of the Westdeutsche Allgemeine Zeitung. In 2012, the defendant applied for access to all reports titled “Information to Parliament” issued in the period between September 1, 2001 and September 26, 2012, citing the German Freedom of Information Act. After this application was rejected, the defendant obtained a large part of the reports by unknown means and published them on its online portal under the heading “Afghanistan Papers”.

The decision of the German Federal Court of Justice

Following the ruling of the Court of Justice of the European Union dated of 29 July 2019 (Case C-469/17) the Federal Court of Justice overturned the appeal judgment and dismissed the action. The Court did not need to decide whether the reports were protected under copyright law. Even if this would have been the case, the publication of the reports did not unlawfully infringe the alleged copyright of the German government since the defendant could rely on the statutory exception in Section 50 of the German Copyright Act, which transposes Art. 5 (3) (c) of Directive 2001/29/EC of the European Parliament and of the Council of 22 May 2001 on the harmonisation of certain aspects of copyright and related rights in the information society (InfoSoc Directive) into German Law.

This exception privileging reporting on current events reads as follows:

For the purposes of reporting on current events by broadcasting or similar technical means in newspapers, periodicals and other printed matter or other data carriers mainly devoted to current events, as well as on film, the reproduction, distribution and communication to the public of works which become perceivable in the course of these events shall be permitted to the extent justified by the purpose of the report.

This exception applies in the case at hand, since

(i) the defendant not only published the reports on its website, but also provided an introductory text, further links and an invitation to interactive participation and presented them in a systematic form,

(ii) the report also covers current events, since German soldiers were still deployed to Afghanistan and it deals with the question if the deployment was considered to be a peace mission legitimated by the German Parliament or as participation in a war, and

(iii) the press publications of the defendant did not exceed the scope required by the purpose, i.e. the requirements of proportionality were met taking into account the fundamental freedoms of the right to freedom of expression and freedom of the press.

With regard to the interests of the claimant the German Federal Court of Justice notes that the exclusive exploitation rights in the reports protected by the fundamental right to property subject to Art. 14 (1) of the German Constitution are at best only insignificantly affected, because the reports are not economically exploitable. The legitimate interest in keeping a copyright protected work confidential, which is protected by the author’s moral rights, is not decisive in the case at hand, since moral rights do not protect the interest in keeping information confidential, the disclosure of which could be detrimental to a Country’s interests. This interest is protected by the German Security Screening Act, the German Freedom of Information Act and the German Criminal Code. The author’s moral rights only protect the author’s copyright-specific interest in determining whether, by publishing his or her work for the first time, he or she is taking the step from the private sphere to the public sphere, thereby exposing himself or herself and his or her work to public notice and criticism.

In consequence, the German Federal Government’s interests cannot outweigh the interests of the defendant protected by freedom of opinion and freedom of the press under Art. 5 (1) of the German Constitution. The defendant’s interests are of greater importance in view of the political dispute about the participation of German soldiers in a foreign mission and the particularly considerable general interest in public and parliamentary control of government decisions in this field.

Practical significance of the judgment

Like the preceding preliminary ruling of the CJEU the judgment of the Federal Court of Justice is good news for journalists and the press.

The Federal Republic of Germany has tried to legitimize an encroachment on the freedom of expression and information protected under Art. 11 of the Charter of Fundamental Rights of the European Union by way of misusing copyright law. As the Advocate General stated in the proceedings before the CJEU, EU member states must not be allowed to invoke copyright in respect of any documents in order to prevent control of a state’s actions. The states’ interest in keeping information confidential is protected by other legal instruments like criminal law.

Additionally, with regard to the reports at hand it would have been indeed quite far-fetched that the author of these reports was able to make free creative decisions and therefore the reports would enjoy copyright protection. Documents like these reports are purely informative and entirely determined by the information conveyed and therefore in general lack the necessary degree of originality in order to qualify as a copyright protected work.

However, the Federal Court of Justice did not need to decide the question of whether the reports are copyright protected or not. Even if this was the case, the publication of the reports by the defendant fell into the scope of Sec. 50 of the German Copyright Act.

In this regard it is noteworthy that, in its referral to the CJEU, the Federal Court of Justice expressed its opinion that conditions for applying Sec. 50 of the German Copyright Act were not met in the present case since, in its opinion, there was no “reporting on current events“. However, the CJEU was of the opinion that the fact that the documents were not only published on the defendant’s website, but also presented in a systematic form and accompanied by an introductory text, further links and an invitation to interactive participation, was sufficient to constitute “use of works … in connection with the reporting of current events” within the meaning of Art. 5 (3) (c) InfoSoc-Directive. Therefore, the Federal Court of Justice was forced to take the same view with regard to Sec. 50 of the German Copyright Act. Since Art. 5 (3) (c) InfoSoc-Directive and Sec. 50 of the German Copyright Act both apply also to unpublished works, the publication of classified reports was justified under Copyright Law.

In future cases it will be of utmost importance for the courts to find a fair balance between the affected interest and ensuring that the use in question may only be exempted from the author’s exclusive right “to the extent justified by the informatory purpose“, i.e. as far as it is in compliance with the principle of proportionality and does not impair the normal exploitation of the work subject to Art. 5 (5) of the InfoSoc-Directive and Sec. 50 of the German Copyright Act.

While the judgment is good news for the freedom of the press and strengthens the legitimate interests in public control of government decisions and actions, the courts will need to ensure that Art. 5 (3) (c) InfoSoc-Directive and Sec. 50 of the German Copyright Act will not become a carte blanche for the press to publish copyright-protected works without consent and remuneration, invoking any alleged interest whatsoever in information on the part of the public. The courts will have to examine the respective requirements carefully.