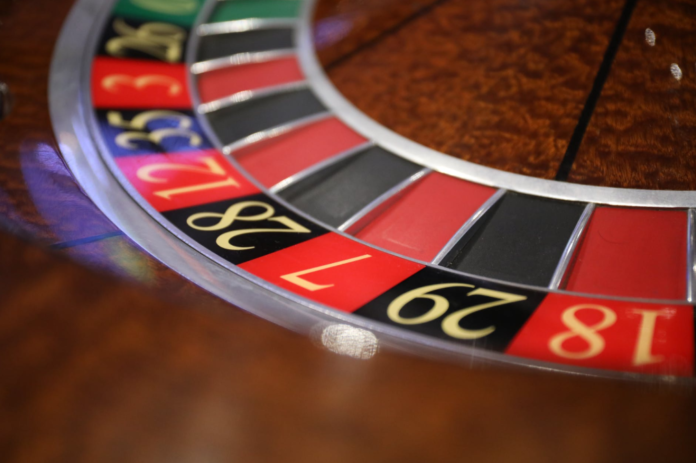 Whilst COVID-19 has led to the closure of pubs, clubs and sporting events, it has done little to suppress the nation’s appetite for online gambling. Indeed, statistics released by AlphaBeta, an analytics consultancy company, indicate that one of the few areas where consumer spending has increased in Australia during the pandemic is in the area of online gambling; an increase of between 50-70% per week since around April 2020 (compared to average weekly spending prior to lockdown). This includes gambling in online casinos and playing online poker, being services which cannot legally be provided to customers in Australia.

In Australia, the online gambling environment is regulated by the Interactive Gambling Act 2001 (Cth) (Act), which contains some of the strictest online gambling regulations in the world. The Act makes it an offence to provide ‘prohibited interactive gambling services’ and ‘unlicensed regulated interactive gambling services’ to customers based in Australia, which captures most forms of online gambling, including, relevantly, online casinos and online poker. It doesn’t include, however, some other popular forms of online betting, including betting on sports and horse and greyhound racing with licensed providers, as well as licensed lotteries.

Australia’s gambling regulator, the Australian Communications and Media Authority (ACMA), has been very active in its efforts to deter and disrupt the provision of illegal online gambling services by offshore operators, but these latest statistics reveal that these operators are still finding a way to surface in the Australian market, highlighting the limitations in the existing legislative and enforcement framework.

Cracking Down on Illegal Offshore Operators

The prohibitions on the provision of prohibited interactive gambling services and unlicensed regulated interactive gambling services were enacted in 2017 in response to the Australian Government’s Review of the Impact of Illegal Offshore Wagering (Review). The Review highlighted the extent and severity of the issue of illegal offshore wagering in Australia and the gambling-related harms it was causing to Australian consumers and communities. The Review recommended legislative changes to crack down on illegal offshore gambling providers trying to enter the Australian market and to strengthen the enforcement mechanisms available to the ACMA. These included an expansion of the ACMA’s powers of enforcement, including the ability to issue warnings to illegal operators, notifications to international licensing authorities and reports to family-friendly filter providers. They also included the ability for the ACMA to apply to the Federal Court for civil penalty orders and/or injunctions against non-compliant companies and to refer directors and principals of offending companies to border protection agencies for inclusion on the travel Movement Alert List (which can affect their ability to travel to Australia).

Armed with an expanded arsenal of disruptive and deterrent tools, the ACMA moved to decisively crack down on illegal gambling offshore operators and adopted a very proactive approach to the deployment of its new powers. In the first 12 months of the new regime’s operation, the ACMA received 237 complaints and enquiries in relation to alleged illegal gambling activities, which resulted in it concluding 62 investigations and issuing 38 breach findings to non-compliant offshore operators. The effect of this was to force 33 of the most popular offshore wagering providers to cease their operations in Australia. The initial impact on the disruption of offshore gambling was notable.

The ACMA’s arsenal of enforcement tools was expanded further in November 2019 when it was granted enhanced powers under the Telecommunications Act 1997 (Cth), allowing it to direct internet service providers to block nominated offshore illegal gambling websites in circumstances where its own investigations gave rise to a breach finding. This had been advocated for by the Australian Government in the Review as an additional measure to further disrupt the access of illegal offshore gambling services.

In the last 6 months, the ACMA has been similarly proactive in its deployment of these new enforcement powers, taking action under the Telecommunications Act in blocking access to over 50 of these illegal offshore gambling websites, including some of the most prominent gambling websites being accessed by Australian-based customers. The ACMA has also used these powers to block access to the websites of gambling affiliates and other websites associated with illegal offshore gambling operators. Most of these actions were taken in response to complaints received from Australian customers.

Notwithstanding the ACMA’s enforcement efforts to date, which have resulted in the removal of over 65 companies from the Australian market, the statistics released by AlphaBeta (referred to above) clearly indicate that illegal offshore gambling websites are still finding a way to slip through Australia’s robust enforcement regime and access the local market, and Australian consumers are, in turn, still spending money accessing these illegal online services.

This highlights the ‘whack-a-mole’ problem that exists in Australia’s online gambling environment: when one illegal offshore gambling website is taken down, another seems to surface in its place. In some instances, this is the result of the same provider finding another URL or brand name through which to supply its services to Australian consumers, and, in others, it is new or existing websites that have not yet come to the attention of the ACMA. This poses a significant, ongoing enforcement challenge for the ACMA.

The ACMA is continuing with its efforts to address the issue of illegal offshore gambling by continuing to block websites that are in breach of the Act and by educating the Australian public about the dangers of using the services of these illegal offshore gambling websites. In this respect, the ACMA has been conducting public awareness campaigns in order to inform Australians of the types of online gambling services that are illegal, as well as the risks in using these illegal offshore services. The ACMA has also been undertaking educative efforts abroad, engaging with influential players in overseas gambling markets in order to raise awareness of the scope and operation of Australia’s interactive gambling laws.