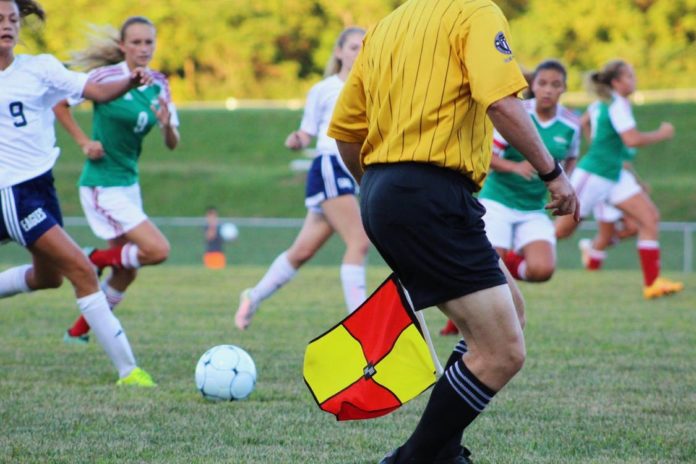 The development highlights the different approaches that national governing bodies have taken to dealing with issues related to gender parity. Particularly, the historic agreement strikes a stark contrast with the US women’s football team and its struggle to score equal pay rights.

Under the 4-year collective bargaining agreement struck between the PFA and FFA, the Matildas and Socceroos will each receive a 24% share of total aggregate revenue generated in 2019-2020, with the share to increase by 1% each year.

In addition to commercial revenues being split equally, a new pay structure, involving a three-tiered contract system, sees the top Matildas earn the same as the Socceroos.

Historically, the men’s national team have benefitted from the lion’s share of commercial revenue and were also paid a higher salary. The combined revenue pool to be shared between the teams required the agreement of the Socceroos to adjust their fixed level of payment in a decision which FFA CEO, David Gallop, described as an ‘important decision which deserves to be acknowledged‘.

Other terms of the deal have been reported to include:

Australia’s ground-breaking deal has been announced at a time where pay disparity issues are being played out on the global stage. In March this year, the US women’s football team initiated legal action against its national governing body, US Soccer, alleging gender discrimination.

On 8 November 2019, US female footballers were granted ‘class action’ status, thereby allowing female players that were members of the team at any time from 4 February 2015 to also seek compensation for claims of unequal pay and working conditions.

In granting the class action status, the judge effectively rejected US Soccer’s argument that there was no discrimination and instead focussed on a pay structure that could yield “absurd results”.

US Soccer has consistently argued that differences in remuneration for its male and female players is the result of differing pay structures in respective collective bargaining agreements.

A catalyst for change?

The developments made by the FFA and PFA in closing the gender gap in Australian football cannot be underestimated; however, whether the agreement will prove to be a watershed event for the sport on a global scale remains to be seen.

Although Australia’s collective bargaining agreement goes some way to securing equal pay rights for Australia’s male and female national footballers, a pay disparity will remain in part due to the drastic difference in prize-money available in international tournaments. For example, the prize money for the men’s FIFA World Cup 2018 was more than 10 times that of the equivalent women’s tournament held earlier this year. This is not an issue that a single national federation can change.

The agreement is also unlikely to affect any gender disparity at the domestic level in the immediate-term. The minimum salary for players in the W-league remains much lower than that of male players over the age of 20 in the A-league. Elsewhere, the recent strike by female footballers in Spain has brought the issue of inequality at the domestic level to the fore, possibly signalling a shift in attitude.

Further, the general influence of gender parity decisions taken by individual federations on the international community is also unclear. Norway implemented equal pay for its male and female national teams at the end of 2017; by contrast, the US women’s football team has been embroiled in a longstanding dispute with its national federation since at least early 2016. By way of comparison with similar developments in other sports, the US Open was the first grand slam event in tennis to offer equal prize money to male and female players in 1973. It took 28 years for the Australian Open to follow suit and 34 years for Wimbledon, the last remaining tennis grand slam with a disparity in male and female prize money, to do the same.

Despite the above, the US women’s football team will, amongst others, remain hopeful that developments in Australia will help them bridge the gap.

From a position of dominance within the game, having won 4 out of 8 FIFA Women’s World Cups since the inauguration of the tournament in 1991 and having been ranked first in the world for 10 of the previous 11 years, the US women’s football team continues to strive for equality. With the benchmark now set by Australia, the world awaits to see if a potentially momentous victory for the US women’s football team off-the-pitch would be the catalyst for broader change.