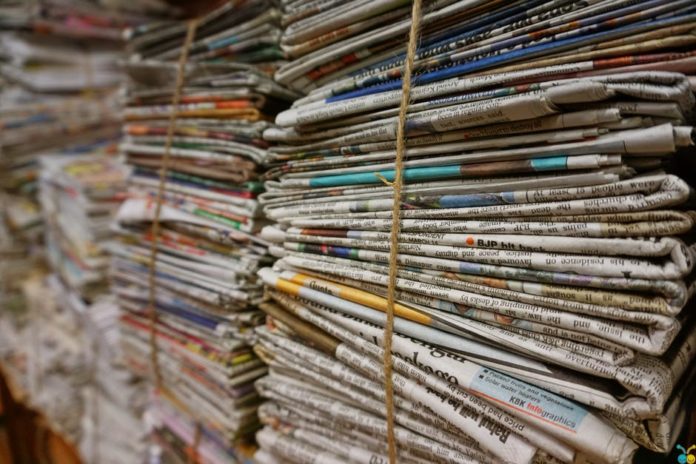 The Cairncross Review was asked to consider the sustainability of the production and distribution of high-quality journalism in a market which has been rendered unrecognisable by digital disruption. It forms part of a range of ongoing work by the UK Government and the European Commission in relation to online regulation and accountability. The Review focussed particularly on the future of ‘public interest’ journalism, which it characterises as “essential to the preservation of an accountable democracy”.

Journalism in the UK: a rapidly-changing market

The Review sets its work in context with some sobering though, for those in the industry at least, unsurprising facts. Sales of national and local printed papers halved between 2007 and 2017, whilst print advertising revenues fell by 69%. Meanwhile, the number of full-time journalists in the UK dropped from 23,000 in 2007 to 17,000 in 2018, and continues to fall. In contrast, in 2018, 74% of adults and 91% of 18-21 year olds accessed news online each week.

Much online news content is pushed to users through platforms like Facebook and Google News. This “unbundled” consumption – skimming single articles or snippets rather than reading a whole printed publication – means it is harder to verify content’s source or reliability. Consumers are mindful of this: half of adults accessing news online worry about ‘fake news’ and a quarter say they do not know how to verify sources of information online.

The Review also describes an imbalance between publishers and online platforms, particularly in the sphere of online advertising. Facebook and Google have captured a majority of online advertising revenue, whilst newspapers lack the expertise, resources and scale needed to compete in this complex and “opaque” market. The huge amount of user data these platforms command further strengthens their position. On the one hand, “it is difficult for publishers credibly to threaten to remove their content from online platforms”. On the other, online platforms “have successfully resisted attempts – most notably in Spain and Germany – to get them to pay publishers for carrying news content”, at times by simply shutting down their service, to the dismay of citizens.

In the circumstances, the Review concludes, there is a real threat to the survival of public interest journalism, and the Government has a role to play in mitigating that threat.

The Review makes nine recommendations which are designed to bolster the production and consumption of high quality journalism in the UK. If carried into action, they will have a significant impact on online platforms, publishers and advertisers.

3) News quality obligation. Whilst recognising that online platforms have already developed initiatives to help users identify the reliability of news sources, the Review argues that they must expand these efforts, and should do so under regulatory oversight.

4) Media literacy. The Government, along with Ofcom, the online platforms, news publishers and broadcasters, voluntary organisations and academics should develop a media literacy strategy.

5) Ofcom to explore the BBC’s market impact. Ofcom should focus on whether BBC News Online is striking the right balance between aiming for the widest reach for its own content on the one hand, and driving traffic from its online site to commercial publishers (particularly local ones) on the other.

6) Innovation funding. The Government should launch a new fund, focused particularly on innovations aimed at improving the supply of public-interest news.

7) New forms of tax relief. The government should introduce new tax reliefs aimed at encouraging (i) payments for online news content and (ii) the provision of local and investigative journalism.

8) Direct funding for local public-interest news. Direct financial support for local news should be expanded; in particular the BBC-run Local Democracy Reporting Service should be extended.

9) Establish an Institute for Public Interest News. A new body working with news publishers and online platforms, as well as bodies such as Nesta, Ofcom, the BBC and academic institutions could become a centre of excellence and good practice, as well as channelling public and private finance into public interest news provision.

Government Reaction to the Report

In a speech in the commons following the publication of the report, Jeremy Wright, Secretary of State for Digital, Culture, Media and Sport, welcomed its focus on public interest journalism. He identified several recommendations that the Government would seek to take forward immediately, saying he had written to the CMA in support of a review into fair competition in the online marketplace, and to Ofcom in support of an assessment of the BBC’s role. DCMS will also undertake a review of how online advertising is regulated. The Secretary of State expressed support for the recommended tax reforms, and said he had opened discussions with the Charity Commission on this front.

In the longer term, Mr Wright welcomed the proposal that the Government develop a media literacy strategy, which could complement other ongoing work to combat online disinformation, such as the recommendations Final Report following DCMS’s inquiry into Disinformation and ‘Fake News’, which was published last week. The proposals for regulatory oversight, new codes of conduct, and a news quality obligation will feed into the Government’s ‘Online Harms’ white paper, which is expected to be published in the coming weeks.

MediaWrites will continue to bring you the latest updates, as the battle against online disinformation continues.

You can find our report on the EU Commission’s latest actions against online disinformation here, or see our update on efforts to tackle fake news in France here.