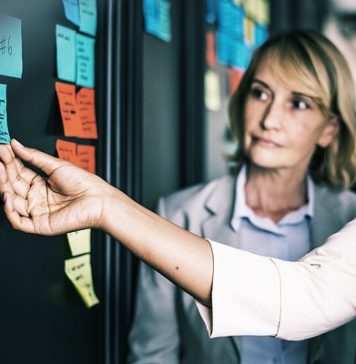 The Supreme Court’s judgment on the interpretation of post-termination restrictive covenants is the first decision on this issue by the highest UK court for a century. The outcome reiterates that whilst non-compete clauses must be carefully tailored to address the specific threat posed by a particular individual upon leaving, they do represent a legitimate and often crucial element of an organisation’s approach to protecting its assets. Their importance in the MES sector, which relies heavily on marginal competitive advantages and the retention of key talent, cannot be overstated.

In addition, the Court confirmed that to the extent that a judge considers a post-termination restriction to go further than reasonably necessary, that judge is able to delete – or “sever” – unreasonable elements of restrictive covenants and enforce the remaining provisions provided that this would not generate any major legal change to the restraints.

Ms Tillman was employed by Egon Zehnder in 2004 as a recruitment consultant in its financial services group. She made swift progress through the firm and was eventually promoted to co-global head of its financial services practice in 2012. Her employment contract contained a non-compete clause which applied for 6 months after her employment ended. It stated that she should not “… directly or indirectly engage or be concerned or interested in any business carried on in competition with any of the businesses of the Company or any Group Company…“.

When she left the firm to join a competitor, Egon Zehnder sought an injunction to prevent her from doing so. The High Court initially granted the injunction, before the Court of Appeal overturned its decision on the basis that the words “interested in” – without any relevant carve out for shareholdings – unjustifiably prevented a theoretical minor shareholding in a competitor. The Court determined that: (i) this restriction was impermissibly wide; and (ii) it could not sever the offending words from within the individual non-compete clause and enforce the remainder. The entire non-compete clause was therefore struck out as an unenforceable restraint of trade. The Claimant appealed to the Supreme Court.

Lessons from the Supreme Court

In a wide ranging judgment, the Supreme Court discussed, restated and clarified the principles applicable to the drafting, interpretation and enforcement of post-termination restrictions which have developed in case law over the last 100 years. By reversing the decision of the Court of Appeal, and restoring the injunction granted at the High Court decision, it has provided the following key takeaways:

There is little question that this decision represents a positive development for employers, particularly those operating within the media, entertainment and sports sectors in which the protection of intangible assets and talent is key.

This is likely to lead to a reduction in employees challenging covenants due to the way they are “split up” or presented within a contract. Employers should be aware, however, that relying on judicial severance could be costly if the “legal litter” principle referred to above is applied.

Now that this long-running case has been heard by the Supreme Court, businesses should consider reviewing their employment contracts and service agreements to ensure that any post-termination restrictions are suitably tailored to particular individuals and roles and do not fall foul of the legal litter rule. Given the fast pace of change in MES organisations, it is worth reviewing internal processes to ensure that restraints are reviewed and restated depending on individual role changes, at which point the “threat” posed by individuals and the permissible scope of a reasonable post-termination restraint may increase.

A full copy of the Supreme Court’s judgment is available here.