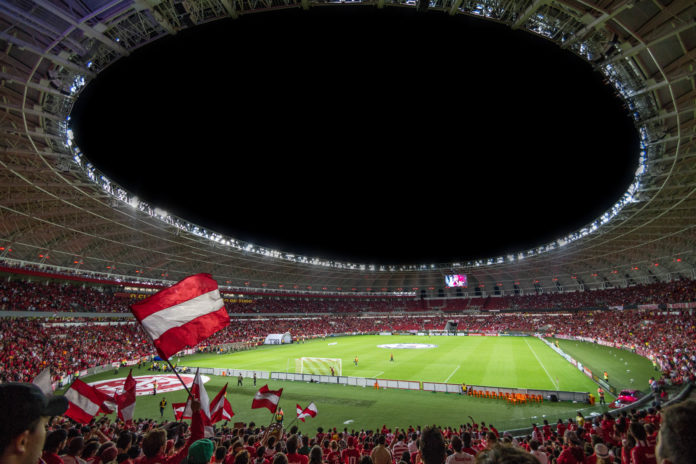 While much of the world was consumed with Christmas turkey and New Year’s Eve countdowns in late 2017, three individuals in Hong Kong were jailed for distributing pirated television set-top boxes which allowed users to watch FIFA World Cup football games without paying the rights holder in Hong Kong.

Similarly in Singapore, it has been reported that key media companies including Singtel, StarHub and Fox Networks have teamed up with the English Premier League to bring a legal case against two distributors of similar set-top boxes.

Up until now, rights holders in Asia have been seemingly reticent to bring this type of case to court, so it is interesting to see two such cases initiated in a relatively short space of time. In this APAC sports and media update, we look at these two cases and discuss the implications for protecting rights across Asia.

Head down to one of Hong Kong’s many electronics malls and for a couple of hundred US dollars you can carry home a “plug and play” device, which you connect to your TV and use like a regular set-top box (complete with remote) to browse and stream hundreds of unauthorised pay-TV channels.

The Maige TV Box, which was on sale immediately before the 2014 FIFA World Cup, was one of the early offenders. Two Hong Kong technicians subscribed for and configured paid sports channels from NowTV (the local rights holder to the FIFA World Cup television rights) and retransmitted them to the Maige TV boxes, which they sold through a mainland Chinese server. In effect, the box offered consumers direct links to stolen channels. Judges in the case estimated that NowTV lost up to HK$4m in potential revenue due to the sale of the boxes.

The technicians and the seller were all given jail terms ranging from 21 to 27 months.

This is significant because it’s one of the first instances we have seen in Hong Kong where the authorities have taken action against infringers and, as can be seen in the Singaporean example below, is perhaps indicative of an increasing trend of direct enforcement by rights holders across Asia.

Singapore – Time to face the music

In Singapore, two Android set-top box sellers have been taken to court by Premier League, Fox Networks Group and two local pay-TV operators, and charged under the criminal provisions of the Copyright Act.

This unprecedented move was clearly spurred on by the formation of the Coalition Against Piracy (CAP) last October. CAP was formed by members of the Asian pay-TV industry trade body CASBAA, with the objective of combating the threat of illicit set-top boxes in Southeast Asia. Its members include some of the largest producers and distributors of sports and entertainment content in the region. These include Fox and Premier League, and other instantly recognisable names such as The Walt Disney Company, HBO Asia, Sony Pictures, National Basketball Association and beIN Sports.

CAP has also been lobbying the Singapore Government to take action. The problem is that the sale of set-top boxes is not illegal per se; such devices can have perfectly legitimate purposes – for example, to access content that is freely available online (e.g., YouTube videos) or that the user has paid for. The illegality only arises if the devices are preloaded with apps that provide unauthorised access to copyrighted content. As the old saying goes, “It’s what’s inside that counts!”

This poses a challenge for law enforcement authorities. The one positive is that many of these devices are openly marketed as enabling free-of-charge access to paid channels, which provides a good clue as to the contents of the proverbial black box and a clear case for the rights holder.

The sellers of the Andriod set-top boxes were charged under Section 136(3A) of the Singapore Copyright Act. To succeed, the prosecution will have to show that there was wilful copyright infringement.

Unfortunately, the legal analysis of infringement in this context is not straightforward.

A key issue is that content is delivered by streaming, so only short snippets of the content being streamed will be copied and stored temporarily in the set-top box or the television screen at any one time. At no point in time is the whole or “a substantial part” of the film copied and stored. The question is therefore: is there infringement by “making a copy” in this scenario? This issue has yet to be decided in Singapore.

In the EU, the Court of Justice of the European Union in Football Association Premier League Ltd v QC Leisure (No. 2) (a copyright infringement action brought by Premier League and its licensees against sellers of non-UK decoder cards which enabled access in the UK to Premier League matches broadcast on foreign television channels) held that “the reproduction right… extended to transient fragments of the works within the memory of a satellite decoder and on a television screen, provided that those fragments contained elements which were the expression of the authors’ own intellectual creation…“.

It remains to be seen if the Singapore courts will take the same approach.

Whilst the above developments present positive steps for rights holders, the scale of the task is now even more significant than before. Today, there are numerous set-top boxes that are available in retail stores, or wholesale straight from the manufacturer. As such, targeting individual sellers is likely to be akin to playing “whack a mole”. Finding and cutting off the source is likely to prove much more difficult and perhaps (as noted in our first update in April last year) relies on targeting servers and technology rather than people.

[1] The first MediaWrites APAC Sports Update can be found here.