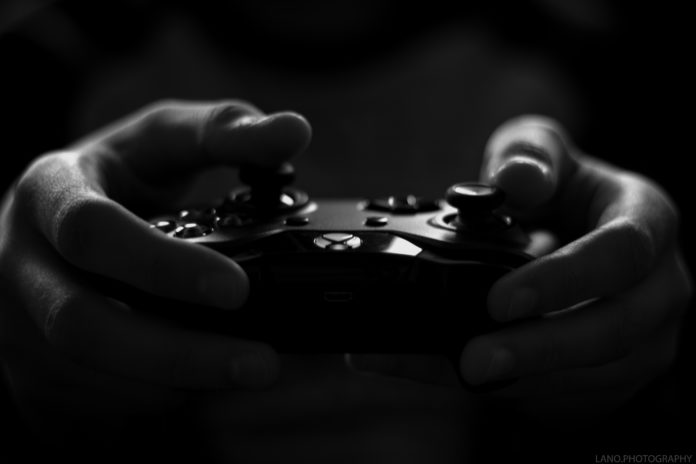 A ‘Netflix for video games’?

For $9.99 / £7.99 per month, users will gain unlimited access to an initial library of over 100 games. Each month, the library will be updated, with some games being removed from the service and new ones added in their place.  Should players wish to add a particular game to their permanent collection, they may purchase it at an exclusive 20% discount.

A number of notable publishers will offer their games on the service, including SEGA, 2K Games, Namco, Codemasters and Capcom. However, there are some notable absences at this stage, including EA, Activision and Ubisoft.  Popular titles set to be available at launch include Halo 5: Guardians, NBA 2K16, SoulCalibur II, Gears of War: Ultimate Edition and Fable 3.

Once more, with feeling

This is certainly not the gaming industry’s first attempt at creating what many refer to as a ‘Netflix for video games’. GeForce and Gamefly, for instance, both launched cloud-based gaming subscription services for compatible smart TVs in 2015.

Nor, indeed, is this the first foray into subscription services by one of the major console brands. Sony launched its Playstation Now service as far back as 2014.

So what, one might ask, is notable about Xbox Game Pass?

First, rather than being a streaming service, as its predecessors are, Xbox Game Pass will enable players to download full games and install them on their console, akin to video-on-demand services which allow users to download content, like iPlayer and Netflix. This, explains Spencer, will mean “continuous, full-fidelity gameplay without having to worry about streaming, bandwidth or connectivity issues”.

Uninterrupted gameplay matters to players, particularly those in areas served by sub-par broadband services, whose patience may be stretched when blocky graphics, lag and intermittent connection issues render games virtually unplayable. Gameplay on streaming-based services can also be interrupted either by maintenance, unexpected downtime, or hacking attacks, such as the distributed denial of service (DDOS) attacks which disabled both the Playstation and Xbox networks in December 2014.

Second, the Xbox Game Pass offering will include current-generation Xbox One games as well as popular legacy titles originally released for the previous Xbox 360 console.

The subscription business model has become an undeniably successful approach for digital content platforms in the music and video industries. But how viable is the ‘Netflix’ model in the gaming industry?

The appeal will undoubtedly lie in the opportunity to develop new revenue streams from ‘casual’ gamers. Platforms will need to develop subscription income streams from infrequent gamers which will exceed the amount they would otherwise expend by paying for titles on a game-by-game basis.

The move also provides the opportunity for the industry to have a ‘second bite at the cherry’.

As Rob Fahey astutely observes, hard copy versions of games are lucrative when first released, as ‘hardcore’ gamers rush to be the first to play them.  But publishers struggle to profit from the second wave of players.  Whilst some may wait for the price of the game to fall before proceeding to purchase it first-hand, many will opt to purchase them from a pre-owned games shop (where they have been traded in by ‘hardcore’ gamers looking to fund their next game purchase), or to borrow them from friends once they have finished playing it.  The ‘Netflix’ model enables profit to be wrested back from the pre-owned market, or generated where it is lost to lending, without the publisher having to expend costs in re-marketing.

It seems unlikely. Rob Fahey characterises games as a “‘zeitgeisty’ medium”, in which “people want to be playing the game everyone else is playing right now”.  Where there remains an appetite amongst players to play new titles immediately upon their release, publishers will wish to charge a premium for them, and are unlikely to make them available immediately via subscription platforms.

It makes sense, therefore, that subscription models for games should seek to extract more revenue from those who play games on a less frequent basis. But it remains to be seen if such gamers consider the model to offer good value for money.

When considering “all you can eat” offerings of this kind, it is important to consider the consumption time of the product in question. The average film lasts approximately two hours, so the normal Netflix subscriber can feasibly watch a number of films each month.  The subscription fee is therefore likely to be considerably cheaper than the aggregate cost of the films that user has consumed were they to purchase each of them separately.

But video games have become increasingly more complex, and have moved away from linear gameplay and towards open-world environments which feature mission-based gameplay. The player can now roam freely and explore the game, rather than the game ending at the conclusion of a pre-defined narrative arc.  It’s not unfeasible now for a ‘casual’ player to spend a month playing a single game, if not longer.  Game-on-demand service providers will need to persuade such players that the subscription fee represents a stronger proposition than buying older titles or pre-owned games outright.

Whither are the game retailers bound?

Should the ‘Netflix for video games’ model prove a success, precipitating a decline in sales of boxed games, what will become of video game retailers, particularly bricks-and-mortar stores like GAME and GameStop? A successful subscription model is likely to undermine trade in pre-owned games, which are a vital part of their business.  To survive in this scenario, these retailers may be forced to diversify their offering.

Research from The Association for UK Interactive Entertainment (UKIE) into consumer spend in the UK video game market suggests diversification is already underway: 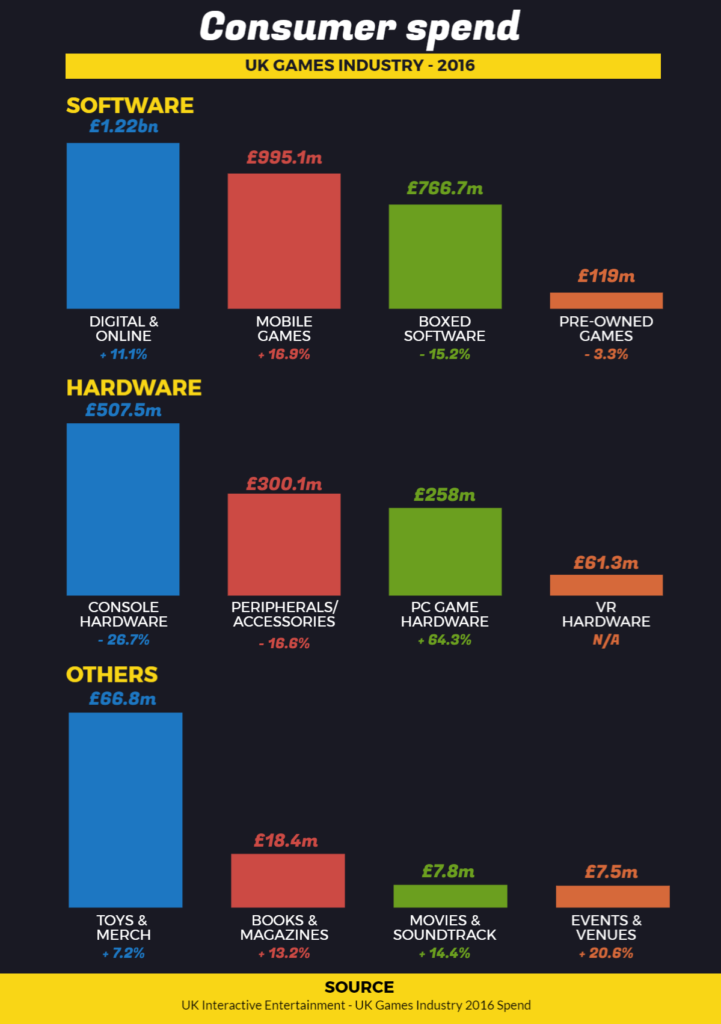 The research shows a decline in the sales of boxed software (-15.2%) and pre-owned games (-3.3%), traditionally cornerstones of the business of video game retail stores, which will likely continue should subscription services take off (though it must be noted that, as a proportion of the whole, they remain as yet a considerable part of industry-wide revenues).

Notable amongst the figures is a rise in every category in the revenue stream labelled ‘Others’. Toys and merchandise (+7.2%), books and magazines (+13.2%) and movies and soundtracks (+14.4%) have all seen a respectable rise (driven, in the case of the former, by the popularity of games like Pokémon Go), and are all product types one would expect to see in bricks-and-mortar stores.

Most interesting of all, however, is a 20.6% rise in revenues derived from events & venues. At £7.5 million, this is currently a modest fraction of overall industry revenues, but speaks to the burgeoning popularity of eSports, a phenomenon which is growing exponentially, and whose growth is now being heeded by retailers as well as by players, publishers and sponsors.

In December last year, GAME unveiled ‘BELONG’ – a project which will see the company expand into the realm of eSports by re-purposing areas of its physical stores as mini-gaming arenas. This follows the company’s acquisition earlier in the year of gaming event organiser Multiplay for the sum of £20 million.  GAME Digital plc CEO Martyn Gibbs commented that “a key part of our strategy is to expand into this fast-growing world of eSports… Our GAME community and now BELONG is now at the heart of this strategy as we seek to combine multichannel retail, events and eSports”.

Over to you, gamers

The lure of the Netflix-style subscription model for platforms and publishers is clear. The former will hope their offering gives them an edge in console sales and provide a steady revenue stream thereafter, whilst the latter will seek to reclaim some value from their older titles.  Though all parties are unlikely to see sales of new titles affected to a great extent, it’s clear that the pre-owned element of retailers’ business looks set to suffer, though there exist opportunities to evolve and adapt for the canny amongst them.

All this hinges, however, on uptake by the gamers themselves – the potential benefits to industry players will be moot if the proposition is unconvincing.