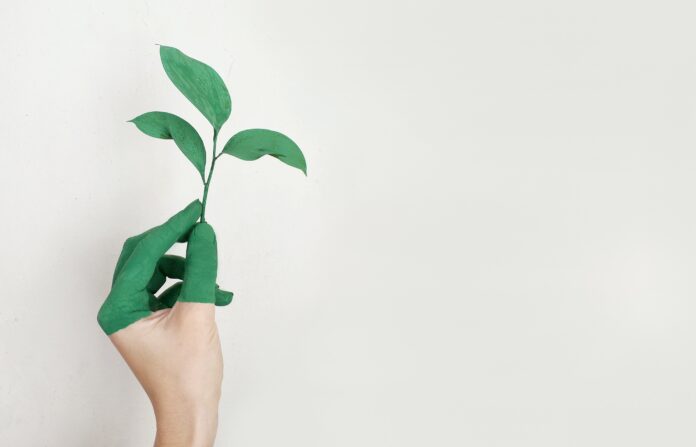 Following consultation with stakeholders, the UK CMA published a Green Claims Code (the “Code”) and accompanying guidance (the “Guidance”) on 20 September. The Code is aimed at businesses making sustainability claims when selling or promoting goods and services. Nowadays, this captures most goods and services sold in the UK as consumers increasingly demand more transparency on the environmental impact of their purchases. The Code aims to help businesses understand and comply with their existing obligations under consumer protection law when making sustainability claims.

Sustainability claims occur where a business either presents its products, services, processes, brands, or operations, or omits or hides information in order to give the impression they are less harmful or more beneficial to the environment. Such claims will not be misleading if they properly describe the product’s environmental impact, brand, business, or service, with evidence to back it up.

The Code supports existing consumer protection rules mostly set out within the Unfair Trading Regulations 2008 and Business Protection from Misleading Marketing Regulations 2008. The CMA shares consumer protection law enforcement powers with other bodies, including Trading Standards Services and the Advertising Standards Authority (the “ASA”). It works closely with such regulatory bodies and has been explicit in its intention to either refer misleading green claims and/or collaborate with such regulatory bodies.

From January 2022, environmental claims (whether made offline or online) that do not comply with the Code, could be on the receiving end of the CMA, Trading Standards Services, sectoral regulators and/or the ASA’s enforcement powers. Businesses could also face legal action from consumers themselves, who can bring legal proceedings in the courts for certain breaches of consumer protection law.

In addition, the CMA is seeking to increase its powers in the enforcement of consumer protection laws and, having already lined up sustainability as one of its strategic objectives, we are expecting the CMA to progress with ‘guns blazing’ in the enforcement of consumer law, including its brand-new Green Claims Code in 2022. This has been further reinforced by a recent statement from one of the CMA’s litigation directors, who put companies on notice that they should prepare for a ‘big uptick’ in enforcement.

The Code repeats the six guiding principles businesses making environmental claims should follow, which were initially laid out in the draft guidance published back in May 2021. Outlined below are the six guiding principles that businesses need to follow to remain compliant with consumer protection law when making sustainability claims. Overall, all environmental claims displayed on product labelling, packaging, advertisement, branding and/or any other type of communication such as e-newsletters should comply with the Code’s Guidance.

Six principles to follow when making sustainability claims in the UK

Green claims should not mislead consumers by giving them an inaccurate impression. They should contain correct information and must be true. They should not overstate or exaggerate the sustainability or positive environmental impact of a product. Broad or absolute terms such as ‘green, ‘sustainable’ or ‘eco-friendly’, especially if used without explanation, risk falling short of businesses’ legal obligations unless a business can prove that the product as a whole has a positive environmental impact.

The visual presentation of a claim (images, logos, packaging and colours used) is a crucial part of the presentation. Visual symbols for example, can be used to create a misleading effect. There should be a direct and verifiable link between these symbols, and the meaning consumers are likely to draw from them.

Green claims should be phrased in a straightforward manner and be easily understood by consumers. The meaning consumers are likely to take from a claim, and the environmental credentials of the product, should match. Vague or general statements are more likely to be misleading. In particular, claims about future environmental goals should only be used for marketing purposes if the business has a clear and verifiable strategy to deliver them.

3. Not omit or hide important information

Omission in itself can be misleading. Green claims should not omit or hide information that consumers need to make informed choices. They should not solely focus on the positive environmental aspects of a product, where other aspects of the product have a negative impact on the environment resulting in a misleading impression overall. Where it is necessary to include important qualifying information about a claim, that information should be easily identifiable.

4. Comparisons should be fair and meaningful

Comparisons should enable consumers to make informed choices and should compare like with like. They should be based on clear, up to date and objective information. Any products compared should meet the same needs or be intended for the same purpose.

5. The full life cycle should be considered

All aspects of a product’s environmental impact are important, including: its component parts, where it is manufactured, its use and performance, and its disposal and/or any waste or by-product. Environmental claims should reflect this total life cycle. A claim could be true but misleading if it suggests a product is greener than it is by ignoring other aspects of its life cycle.

6. Claims should be substantiated

Businesses should retain robust and up to date evidence which supports the sustainability claims they are making. This is particularly important in the context of the prospect of increased enforcement by the CMA. When investigating potentially misleading claims, the CMA, other enforcers or even the courts, will ask for evidence supporting the claims.

Who do the rules apply to?

The Guidance emphasises that the process of advertising and supplying products and services to consumers may involve commercial practices by several traders, all of which need to ensure the law is complied with. This includes online marketplaces that allow sellers to market and sell products via their platforms. According to the Guidance, online marketplaces need to take adequate steps to prevent misleading environmental claims and to remove those which they know to be misleading. However, the Guidance does not explicitly mention the sellers of advertising space.

The sectors being prioritised for review could include textiles and fashion, travel and sport, and fast-moving consumer goods (such as food and beverages, beauty products, and cleaning products). Businesses facing a CMA investigation (and/or by other bodies, such as the ASA) may be subject to enforcement orders from a civil court for failing to comply with consumer law, as well as potential legal action from consumers directly.

As referred to above, the CMA’s consumer law enforcement powers are currently under consultation. One proposal under consideration would empower the CMA to enforce consumer protection law directly, rather than through the civil courts, which would significantly raise the stakes of non-compliance. Another proposal is strengthening sanctions in line with existing (and proposed) competition law enforcement. For instance, in respect of non-compliance with information gathering powers, breach of undertakings and breach of consumer protection powers. Currently, businesses who infringe competition rules can be fined up to 10% of worldwide annual turnover. If the consultation proposals are adopted, businesses who make environmental claims that do not adhere to the Code will need to carefully weigh up the potential ramifications of misleading consumers against any perceived benefit of making claims that may be misleading.

Additionally, the CMA launched a consultation on 29 September, calling for views to inform its advice to the government on how the competition and consumer regime can support the UK’s Net Zero sustainability goals. It is particularly interested to hear about instances where businesses or consumers felt that competition or consumer law impacted their ability to act sustainably. Interested parties have until 10 November 2021 to provide their input.