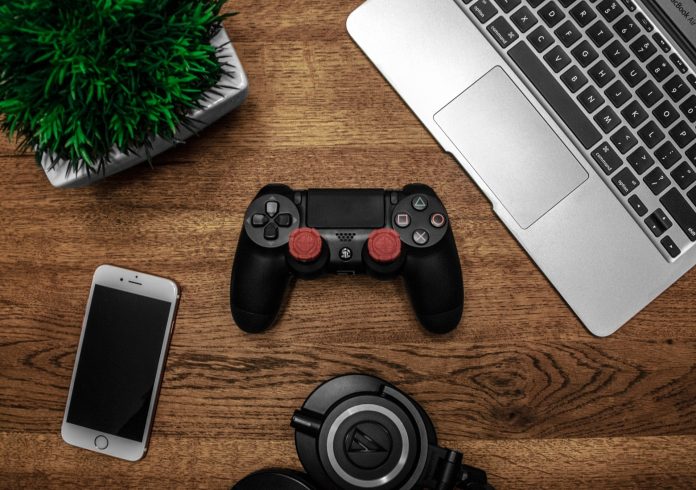 The world is currently in the midst of a pandemic, on a scale never seen before. Whilst many industries are struggling to adapt to serve customers digitally and preserve demand until the crisis subsides, sections of the entertainment industry that are focused on digital content have found themselves better positioned to weather this change, and in some cases, are thriving. As hundreds of millions of people across the globe remain indoors, they turn to digital entertainment during the lockdown.

The videogame industry in particular has seen a boom, with Steam recording the highest number of concurrent users since the platform’s conception, and Verizon noting an increase in gaming traffic of 75% during peak hours. On the other hand, supplies of vital components for the Nintendo Switch dwindled due to production slowdown in China and Valve shipped fewer “Valve Index” virtual reality headsets due to similar production issues caused by COVID-19. In such uncertain times, it’s important to look at the ways in which an industry once described as “recession-proof” has risen to the challenge in some respects, but struggled in others.

With few exceptions, games have been released on time and to critical acclaim. Most notably, Animal Crossing: New Horizons has achieved incredibly high sales figures, demonstrating the momentum of the franchise and the eagerness of locked-down gamers to start virtual life on a tropical island. In other good news for Nintendo, gamers and non-gamers alike sought new ways to keep fit at home and as a result, Ring Fit Adventure experienced a further increase in sales as a few extra kits were supplied to the market. Although not quite as successful as its real-world predecessor Final Fantasy XV, Final Fantasy VII Remake reached the top of the charts in the UK shortly after its release in April, having first been announced almost five years ago.

As people seek new forms of entertainment at home, console sales are rising, with digital downloads of games following suit. Comparing videogame sales figures from March 2020 to those from the same period from last year, there has been a rise of 44%, demonstrating the strength of the industry in the face of adversity.

Happens to the Best of Us

The sudden shift to remote working has caused issues for many companies globally, and although there has been an increasingly strong demand for games and gaming content, games companies have similarly faced difficulties with large parts of the workforce being forced to work from home. Whilst some companies were faster to react than others, remote development of games is inherently more difficult than having a dedicated team collaborating in the same room. Sony’s highly anticipated sequel “The Last of Us Part II” was one of the first major games to have its release date pushed back due to the pandemic, and it would be unsurprising for more developers to announce similar delays in the coming weeks.

Industry events such as E3 and the Game Developer Conference have also been cancelled, leaving would-be exhibitors without a physical platform to showcase their games and technological solutions.

As mentioned earlier, and again as is the case with many other industries, component complications have led to console manufacturers being unable to meet demand. Even in a purely online context, rising demand has also led cloud gaming platforms such as Google Stadia to restrict bandwidth in an attempt to maintain the stability of their network infrastructure.

How will the games industry recover from the effects of the coronavirus and how will it evolve?

In what was meant to be the biggest year for videogames so far, there is now a question mark over the release date for the next generation of consoles and the many games being developed exclusively for them. There will inevitably be legal challenges ahead and commercial issues to be considered, for instance console manufacturers will be considering whether COVID-19 constitutes a ‘Force Majeure’ event for the purpose of their contracts with component suppliers, and developers might similarly seek to rely on ‘Force Majeure’ to excuse missing development milestones in their publisher contracts (see here for our analysis of some of the contractual implications of COVID-19 on media, entertainment and sport more broadly).

There is no doubt that the videogame industry (like all others) faces a number of challenges arising out of COVID-19, yet it has still been able to experience growth with strong software sales and an ever-growing customer base keeping both virtual and real economies afloat. The industry’s pioneering approach to technology, as well as its flexibility and adaptability, have been key to its growth to date; and it is these qualities that will enable it to continue to thrive in the months ahead.