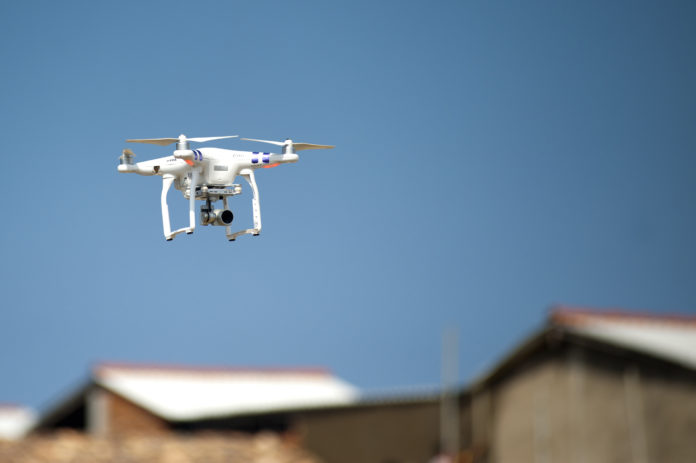 Not just a toy

Drones (or Unmanned Aerial Vehicles) are, in a sense, nothing new. One of the first documented uses of an unguided missile was in 1849 when Austrian forces attacked Venice using unmanned ‘balloon bombs’. In today’s world the news is full of stories concerning drone surveillance or other more aggressive operations. The notion that drones owe large parts of their development to military research therefore should not be a surprise. What may be more surprising is how much drones have transformed to become widely available and commonly used within a matter of years. Drone technology has developed to enable longer flights with heavier payloads. This, coupled with simultaneous technological advancements in other areas such as cameras, telecommunications and software, means drones are now capable of a wide variety of commercial uses.

Within the media sector drones have now become key tools for any film director or live broadcast. Drones provide bird’s eye, adaptable and agile views of scenery below and can be an effective method of encapsulating the experience. Drone filmography has developed as a popular hobby for amateurs; Reuters reported this year that “commercial drone usage is set to rise ten-fold by 2021”.[1] This rise in usage is accompanied by a rise of risk and for some years the UK has had legislation in place with a view to enabling parts of the sector to develop while managing these risks.

The FAA has estimated that the number of small hobbyist drones will increase from an estimated 1.1 million vehicles in 2016 to more than 3.5 million by 2021.[2] The UK Airprox Board’s (airprox is the term for when the proximity of two flying vehicles are close enough to be dangerous) most recent meeting considered 18 incidents involving drones. The most recent case was October of this year when a drone passed immediately over the wing of a passenger plane landing at Gatwick.[3]

Another liability risk for drone users is the infringement of privacy laws during aerial filming. Drones can make it easier than ever before to invade other people’s privacy (accidentally or otherwise), therefore how data is captured and processed must be carefully considered.

In May 2017 the EASA published the Notice of Proposed Amendment 2017-05 (A)[4] (NPA) which would introduce a single European regulatory framework for the operation of drones. Presently there is no EU-wide regulation of the use of drones that weigh less than 150kg, therefore national laws are the legal basis for users of these drone categories and the regulations vary between European states. That being said, European nations tend to abide by certain common principles such as categorisation of drones by weight. This article focusses on the current state of drone regulation within the UK and it should be noted that this may be different to other European states due to the national nature of the regulatory landscape.

The UK is a signatory to the Chicago Convention on International Civil Aviation, part of which states:

The UK therefore enacted legislation which aims to balance the desirability of light, low-level UAS use while meeting the requirements of the Convention, which is contained within the Air Navigation Order 2016[5] (ANO). Drones are classified in the Civil Aviation Authority’s CAP 722 guidance by the following weight classes:

Within the ANO there is a general disapplication of requirements such as pilot licensing and airworthiness checks for small unmanned aircraft (SUA). Commercial operators of drones are subject to certain regulations that recreational operators are not such as requiring a Permission for Commercial Operations (PfCO) from the CAA. In the context of supplying drone footage to broadcasters of sports and music events, the operator will usually be considered as commercial under the ANO definition and should therefore take note of the following regulations that apply.

There is a universal article within the ANO that aircraft operators (including drone operators) must not recklessly or negligently cause or permit an aircraft to endanger any person or property. All drone operators are also required only to fly the aircraft if reasonably satisfied that the flight can safely be made. The user must maintain direct, unaided visual contact with the aircraft, sufficient to monitor its flight path. Where a SUA has a mass of more than 7kg, excluding its fuel but including any articles or equipment installed in or attached to the aircraft at the commencement of its flight, an operator must not fly the aircraft:

and when operating within London Controlled Airspace, or in other UK areas of Controlled Airspace (including any Aerodrome Traffic Zone), pilots of SUAs in the mass range of 7-20kg must not fly the aircraft without obtaining a prior Non-Standard Flight (NSF) approval from the appropriate Air Traffic Services unit. For SUAs of any mass, a further Enhanced-NSF approval is required for flight in certain restricted areas in Central London.

In the broadcasting context any use of a SUA equipped for surveillance is subject to additional restrictions. A small surveillance UAS may not be flown directly over large crowds or in congested areas (meaning ‘in relation to a city, town or settlement, any area which is substantially used for residential, commercial, industrial or recreational purposes’). In particular one cannot fly:

These aspects make the use of drone photography unsuitable to certain uses such as large stadium-based events. There are other sports events such as sailing, skiing or mountain biking where the drone is able to provide footage over a long course, with minimal risk to the public and where conventional means of filming either cannot access the sites or would normally require a manned aerial vehicle. A manned aerial vehicle is many times more costly than a SUA and some argue are more risky in broadcasting scenarios too[7]. This seems to be the niche that drones are primed to fill within the broadcasting world of sports and entertainment as they provide a cheaper and therefore more widely available service.

In the examples above, privacy issues of data protection do not present as significant a risk of liability for drone use as it will usually involve minimal data processing and minimal collateral intrusion of privacy. Whilst a commercial operator should always be aware of issues such as capturing the faces of members of the public without consent, the risk of liability in these scenarios remains low. It is worth noting that the GDPR comes into force in 2018 and it has stronger principles of accountability.

The Under Secretary of State for Transport has recently made a ministerial statement in which the UK Government’s intention to introduce a draft bill containing “new police powers where drone users would need to produce registration documents on request”[8]. This is likely to apply to all drones over 250g in weight and could possibly also involve a new competency tests for owners. This may reflect a general theme of change to the regulation of drones in the future as more accountability and oversight is sought for recreational and commercial users of drones.

A possible broadcasting use for drones now and in the future is within the context of live event broadcasts on remote or sparsely populated locations. The high-level view of regulations of drone use for commercial purposes explained above stipulate that the CAA must grant permission for the operation and a small, but  important number of rules apply to how the drones may be utilised to secure footage which broadcasters and companies using such equipment should be aware of.

It is likely that the enforcement actions of the CAA will be predominantly aimed at individuals who use drones for commercial purposes which are not permitted. The CAA works with the police to enforce the regulations and the ANO provides powers to criminally prosecute and fine infringers. Therefore, a commercial operator must ensure it obtains the necessary permissions and is both aware of and abides by the regulations in order to avoid any issues during filming.

[7] http://www.nytimes.com/2007/07/28/us/28chopper.html – two helicopters crashed whilst filming a police chase in America in 2007. However, it should also be noted that SUA use for filming live events can also hold risks: https://www.independent.ie/business/technology/tech-gaming/watch-as-a-drone-almost-takes-out-a-skier-during-race-34310668.html