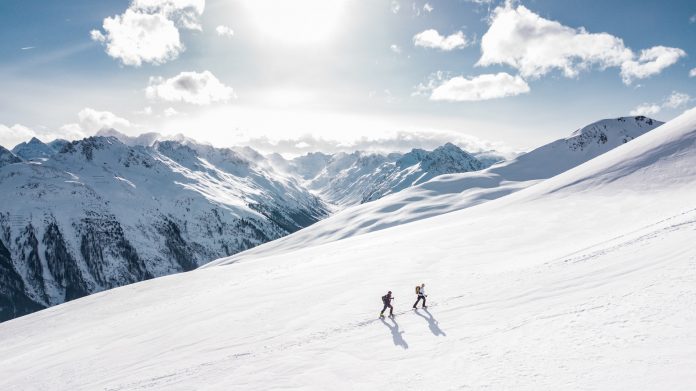 Who is Pechstein and what is her case about?

Claudia Pechstein (born 1972) is a German speed skater, and one of the most successful Winter Olympians of all time. As a professional speed skater, Pechstein is subject to the rules of the sport’s governing body, the International Skating Union (“ISU”).

In 2009, Pechstein was charged with having committed a violation of the ISU’s Anti-Doping Rules (“ISU Rules”), namely “Use or Attempted Use by a Skater of a Prohibited Substance or a Prohibited Method”. Notably, the alleged violation was based not on the presence of any banned substance in her samples, but as a result of abnormal blood values (specifically, high percentage values of immature red blood cells called reticulocytes), which suggested a prohibited method of blood doping had been used. Pechstein has always denied doping, and in her defence advanced a number of alternative possible causes of the results, including the possibility of her having an inherited blood disease.

In July 2009, an ISU Disciplinary Commission found that Pechstein had violated the ISU Rules and she was banned for two years. Pechstein appealed this decision to the Court of Arbitration for Sport (“CAS”), which dismissed her appeal. This CAS ruling kick-started a series of court actions by Pechstein which have continued for almost ten years, and have come to hold some significance in the jurisprudence of sports law, with a potential impact far beyond the world of speed skating and blood doping. Not only did Pechstein (unsuccessfully) appeal the CAS decision to the Swiss Federal Tribunal (“SFT”), challenging the independence and impartiality of the CAS panel in her case and the independence of CAS itself, but she also began proceedings in the German courts against the ISU and her national governing body, the Deutsche Eisschnelllauf-Gemeinschaft e.V., seeking damages of approximately €4 million on the basis that the imposed ban was unlawful. A decision from Germany’s Federal Constitutional Court in her case is still pending.

What did the ECHR decide?

In a joint application with former professional footballer, Adrian Mutu, in relation to a separate matter, Pechstein sought a ruling from the ECHR that her human rights had been violated (namely her right to a fair trial under Article 6(1) of the European Convention on Human Rights), on the basis of: (i) CAS’s alleged lack of independence; and (ii) the procedure employed to decide the outcome of cases at CAS, specifically in relation to the lack of a public hearing.

The ECHR first had to decide whether Pechstein had waived her rights to the guarantees provided for by Article 6(1) by consenting to the arbitration clause under the ISU Rules, which ultimately refers disputes to CAS. The ECHR decided that in her case, such consent had not been freely given, since, as the ISU is the sole worldwide governing body of professional speed skating, the only options open to her were to either accept the arbitration clause and earn her living by practising her sport as a professional, or to refuse the clause and be obliged to give up her professional activities completely. She had therefore not waived her Article 6(1) rights.

The ECHR then had to decide whether the CAS is “an independent and impartial tribunal established by law” in order to satisfy Article 6(1). In a decision that will be welcomed at the CAS headquarters in Lausanne, the ECHR determined that it was. The court noted that CAS has full jurisdiction to examine any dispute submitted to it on the basis of rules of law and after proceedings conducted in a prescribed manner. In addition, its decisions provide a judicial-type solution that can be appealed by the parties to the SFT.

Pechstein primarily challenged the independence of CAS on the basis of a perceived imbalance between sports federations and athletes in the mechanism for selecting the arbitrators that comprise its panels. The ECHR here referred to the importance of the International Council of Arbitration for Sport (“ICAS”), the body that oversees the management of CAS and the appointment of arbitrators to CAS’s list. Pechstein had been permitted to select one of the arbitrators for her case from a list of around 300 names compiled by ICAS, and the ECHR ruled that she could not establish the lack of independence or impartiality of the arbitrators on that list. Even with regard to the composition of the arbitration panel that ruled on her case, she had challenged only the president of the panel, without successfully substantiating her allegations. The ECHR therefore rejected her arguments on this point, although two of the seven judges expressed a dissenting opinion.

In relation to her second point on the lack of a public hearing, however, the ECHR agreed with Pechstein. The ECHR found that she had expressly requested a public hearing and the request had been refused without a justifiable reason. The court therefore held that Pechstein’s Article 6(1) right to a fair trial had been infringed in this respect. The ECHR also held that Switzerland was to pay Pechstein €8,000 in respect of non-pecuniary damages as just satisfaction.

What does this mean for CAS?

In a statement, CAS noted the ECHR’s ruling that CAS should have allowed a public hearing, as Pechstein had requested one and there was no specific reason to deny it. Until now, public rulings at CAS have been rare, and only in the event that all parties agree to one. As with most arbitration hearings, privacy is usually seen as a benefit to the parties, especially in the context of anti-doping hearings involving medical details and other sensitive confidential information. It seems likely that the vast majority of CAS cases will continue to be held in private. This latest ruling, however, may lead to more CAS cases of wider interest being held in public in future, something that ICAS states it has already envisaged and accounted for, once it moves to newer and much larger premises at the Palais de Beaulieu. It will be interesting to see to what extent (if at all) this is the case.

Besides this, the ECHR’s decision further cements CAS’s position as the world’s independent and impartial sports arbitration tribunal, and confirms that the procedures it employs, including its use of a closed list of arbitrators, do not in principle undermine the human rights of athletes who fall under its jurisdiction.

The ECHR’s ruling (which is currently only available in French) can be found here.