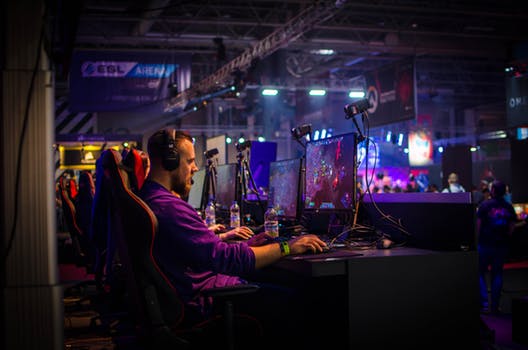 The continued growth of esports is seeing rights holders, licensees and fans searching for a new equilibrium between maintaining an open and collaborative esports ecosystem on the one hand; and seeking to innovate to create a high quality and commercially successful esports product on the other.

A recent incident involving multiple industry stakeholders – including a major games publisher, an esports event organiser, a social media giant and the wider gaming community – demonstrates the challenges the industry faces in striking the right balance.

How the incident unfolded…

Valve Corporation develops and publishes the popular online gaming title Dota 2. ESL, a company specialising in organising large scale esports tournaments, acquired the exclusive rights to stage ESL One Genting, a Dota 2 tournament with a prize pool of US $400,000, which included the right to broadcast a commercial English language feed of the tournament. In January 2018, ESL then agreed a deal with Facebook whereby the social media platform became the exclusive platform through which ESL’s coverage of ESL One Genting would be broadcast.

However, the Dota platform contains an in-client streaming function, DotaTV, which allows for Dota game footage to be streamed on live video streaming platforms (such as Twitch) without any overlaid commercial graphics or sponsorship. DotaTV feeds are typically streamed by online gaming personalities to tens of thousands of viewers on Twitch, accompanied by user-supplied commentary. But when these streamers used DotaTV to show ESL One Genting on Twitch, ESL took the view that this contravened its exclusive agreement with Valve, and reportedly issued a number of take down notices to streamers (under the Digital Millennium Copyright Act).

In explaining its actions, ESL issued a statement that it was not going to allow the streaming of any content that competed with its main language streams and monetised what ESL believed was its exclusive content. Large sections of the esports community disagreed.

And Valve, despite its agreement with ESL, sided with disgruntled fans by issuing a strongly-worded statement on 25 January 2018 which said that only Valve was entitled to issue take down notices in relation to content taken from DotaTV that did not use ESL’s commentary, graphics, sponsorship credits and other unique content. Valve’s position was that ESL did not have the right to enforce any copyright in the raw game footage on the DotaTV streams, the copyright in such footage being the sole property of Valve.

In a further comment, Valve stated that its community guidelines were intended to be flexible and to permit fans to stream from DotaTV, but not to allow commercial organisations to compete with the primary stream of ESL. In Valve’s eyes this was a simple proposition, outlined by the following statement in its community guidelines:

“In general, everyone should play nice together, and we think the boundaries should be pretty clear.”

However, particularly in a world where there are multiple ways of commercialising streaming content, and where Twitch streamers have tens of thousands of followers, many would say that the boundaries are far from clear.

Where does this leave esports licensing?

As we highlighted in a previous post back in May 2017, it is no small task to find an appropriate commercial model for esports that gives fans the freedom and interaction they desire, and at the same time also incentivises licensees to purchase rights and invest in creating a top quality viewing experience.

Ultimately, though, whilst it might take time for the ecosystem to adapt, those publishers looking to develop and fully commercialise their tournaments could well have to grant a greater degree of exclusivity to licensees.

Written by Will Deller and Heston Aniteye