In this case, the plaintiff – a copyright collecting society acting on behalf of the producers (the copyright holders) of three films (including “Katyń”, directed by the Oscar winning director Andrzej Wajda) – demanded that the pirated copies of the films be removed from Chomikuj.pl, a file hosting platform. While the owner of Chomikuj.pl first refused to comply with the request, claiming it was invalid, it eventually removed the files (after a lengthy delay). As a result of this, the collecting society decided to sue the service operator for copyright infringement, demanding, in addition to damages, that the service operator be ordered to remove any illegal copies of the films which may be uploaded in the future.

In its verdict, the court issued an unusual injunction against the defendant. While the written justification of the judgment has not yet been published, the media reported that the court had ordered the service operator to monitor its resources in a very specific way:  by ‘Googling’ itself. Once per month, for the next three years, the employees of the defendant have to search for the phrase “Chomikuj” + “(title of each film)” + “film” using Google and Bing search engines. The service operator is obliged to remove files hosted on Chomikuj.pl that are featured in the first five pages of the search results obtained this way.

This is most likely the first measure of its kind introduced by a Polish court and it is highly controversial. Chomikuj.pl claims to be a ‘hosting’ service as understood by the EU E-Commerce Directive, as well as Polish laws implementing it. In essence, hosting services allow its users to store information (like text, photos or files) online, using their servers. Many well-known websites, such as YouTube and Facebook, are in fact hosting services. Such service providers are not, as a rule, required to verify if the content uploaded by their users is legal. They are only obliged to remove any illegal materials once they learn of their illegal character, for example by obtaining a so-called takedown request from the copyright holder. They can face liability for the content they host only if they fail to respect such request.

In its ruling, the court declared that Chomikuj.pl does not in fact satisfy the conditions to be considered a hosting service, but at the time it is still unclear what the court’s reasoning was. It is likely to be related to the rewards system featured on the platform. Users receive points whenever the content which they have uploaded is downloaded by other users. The points may be used to increase the limit of downloads that a user is permitted to make. The court might have drawn the conclusion that by using this system, Chomikuj.pl does something more than merely host users’ files, as it encourages its users to use the service to upload popular content that is likely protected by copyright.

The court’s decision has been widely criticised. The obligation to monitor the file hosting service’s resources may be incompatible with the principles of the E-Commerce Directive, which states that there should be no general obligation on providers to monitor information they store. It can, however, be argued that the court did not impose a ‘general’ obligation in this case, only a specific, limited one.

Moreover, the monitoring method ordered by the court requires the service to remove everything which was indexed by search engines, without verifying what content is actually removed. The name of the file does not necessarily have to reflect its content. The problem is especially evident in the context of one of the films the judgment concerned, entitled “Wenecja” (“Venice”). Obviously, a video file entitled “Venice” may simply feature a family holiday video, but the hosting service will nevertheless have to remove it if, according to Google or Bing search results, it is hosted on Chomikuj.pl.

There are other issues too. For instance, Google is known to adjust search results depending on the user’s preferences and search history. Searching for the same term may yield different results for different users, so it may be impossible to verify whether the operator actually follows the judgment.

…but will it matter?

The verdict is final for its largest part, so the defendant is obliged to comply with it. It is however uncertain if it actually will. It turned out that, during the trial, Chomikuj.pl’s owner changed. While the service is almost exclusively used by Poles and only available in Polish, it is now operated by a company with its seat in… Belize. Thus, enforcing the judgment might be problematic. 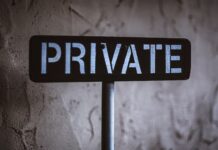