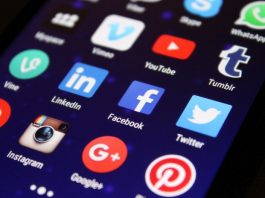 Spanish legislation requires that all advertised content as well as any advertiser has to be clearly identified as such. In fact, in advertisers do not comply with this requirement, public authorities may fine them for illegal, misleading or covert advertising. Traditionally, the authorities have usually focused on punishing punishes advertisers in Above The Line channels such as TV, radio or advertising posters. Regulations concerning advertising in social media in Spain tend to be more flexible. However, the Spanish Advertising Organization (Autocontrol) published the first decision regarding an influencer’s advertising on Instagram. The Plenary of the Jury of the Advertising of Autocontrol has fined a Swedish Influencer for covert advertising.

The influencer published a post from Marbella on her Instagram account showing herself, holding a wireless headset from a Swedish-based company and describing the benefits and advantages of its features, plus the hashtag #ad among many others. Given that, Autocontrol upheld that the influencer’s post was covert advertising, breaching Autocontrol’s Advertising Code of Conduct. The decision was made for three main reasons: (i) the content of the post provided enough evidence to assert the existence of advertising or a collaboration between the influencer and the company since it focused on highlighting the features of a single product (headphones); (ii) the advertising nature of the message was not clear enough since it was displayed from the influencer’s own Instagram so it seemed a personal opinion; and (iii) the hashtag #ad was not sufficient because it seemed diluted among other elements so it went completely unnoticed for the target audience.

Although Autocontrol’s decision is not binding, it points out the first time in Spain that a regulatory entity has ruled on the advertising activities of influencers. Further, Spanish advertising entities are working on the “Code of conduct on the use of influencers in advertising” which is expected to be published soon and will be the first regulation involving advertising in social media. Therefore, in order to comply with current regulations and to avoid any potential fine any influencer, celebrity or ‘Instagrammer’ should include clear and prominent labels or hashtags (#advertising) on separate tags or other sufficient indication of commercial purpose when posting on their personal accounts.

Click here to see all MediaWrites coverage on Influencer Marketing.