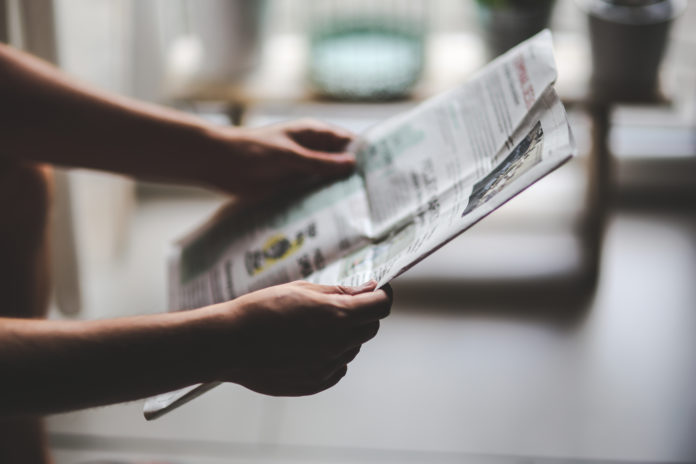 What actually is ‘fake news’?

Although the term ‘fake news’ only entered the public lexicon in October 2016, it has since achieved a level of ubiquity only rivalled by ‘Brexit’. Seen by many as responsible for Brexit and the outcome of the American election, the phenomenon has seemingly become a constant in democratic contests – indeed, the recent election of Emmanuel Macron as French President was preceded by a leak which Macron’s team claimed consisted of innocuous personal documents mixed in with false documents designed to manufacture a political scandal.

Conscious that ‘fake news’ is used by some simply as an expletive to denounce any publication expressing contrary views, Jacob Rowbottom argued that we have to be precise in our definition of the term. It is not just news that we don’t agree with, or even news that is unintentionally factually incorrect, but information which is deliberately false.

Both Rowbottom and Leader-Maynard agreed that the ideal of freedom of speech as self-correcting has been defeated by social media. The assumption used to be that if freedom of speech was abused to spread false information, then somebody else would exercise their own right to free speech to correct this misinterpretation. However, in the digital era where people increasingly access news from social media, algorithms have the effect of only showing us news that accords with our existing views.

Furthermore, social media is a space saturated with content in which the difficulty for publishers is getting people to listen. This creates a dynamic where the more outrageous, least rational statements become the most shared, read and believed. Rowbottom illustrated how strong this dynamic was by citing a recent study which found not only that corrections to fake news were often ineffective, but that the corrections sometimes increased belief in the misperception. As a result, the panel agreed that fake news could have serious consequences as it has the potential to affect elections, cause violence, and even alter the public debate around species-threatening issues such as climate change.

Is there a solution?

There remained less consensus around a regulatory solution – as noted in our previous report on the subject, many are of the opinion that “fake news is bad, but the ministry of truth is even worse“. Suggestions considered by the panel and the audience included:

There was little appetite in the room to suggest that the creation and dissemination of fake news should be established as an offence of dishonesty (as with defamation and fraud, for example), yet the solutions suggested came with a warning that any regulation should be approached carefully in order to ensure that “the cure is not worse than the disease“. Many present expressed concern that entrusting either governments or private businesses with responsibility for the regulation of fake news could lead to abuses of power. Would users really want social networks to have additional editorial control over the range of information that they saw? And if responsibility was left solely to online intermediaries to employ paid fact checkers, could this not lead to politically or commercially driven suppression of certain news stories? The suggestion of an independent watchdog proved least controversial, although care was advocated in order to ensure that publications were not punished for accidental mistakes in a ‘league table of falsity’ which could inhibit freedom of speech.

Whilst the debate surrounding additional regulation continues, earlier this month Facebook took self-regulatory steps to tackle the problem ahead of the UK’s General Election in June by publishing guidelines for spotting fake news. These were published as full page ads in newspapers including The Times, The Guardian and The Daily Telegraph. Facebook is also deleting tens of thousands of fake accounts and employing third-party fact-checking organisation Full Fact. Meanwhile, in April 2017 Angela Merkel’s Cabinet took the contrasting step of approving a bill that will make online intermediaries liable for up to €50m if they fail to remove defamatory fake news. It’s been reported that Ms Merkel is concerned about the potential impact of fake news on September’s Federal election in light of recent fake news regarding refugees in Germany.

Should the German bill receive parliamentary assent, the upcoming British and German elections would perhaps provide test-cases in showing us how these competing approaches of self-regulation and government regulation have the ability to affect the discourse surrounding an election. Among the important questions being asked are whether education and fact-checking are sufficient to extinguish falsity, and whether the spectre of heavy fines will not only eradicate fake news, but suppress genuine discussion as well.