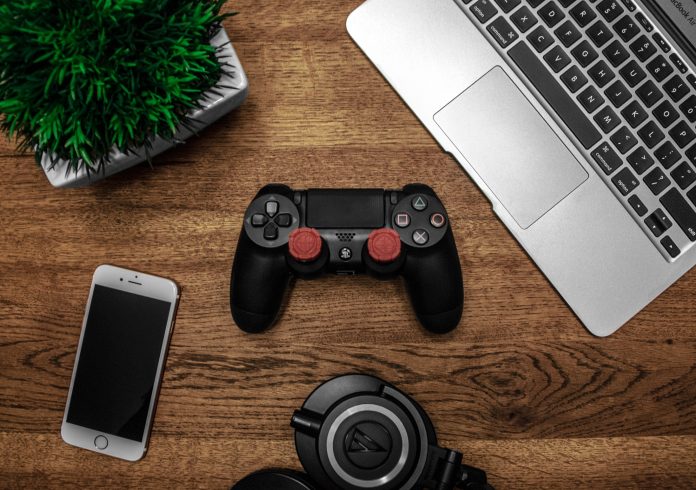 As we have seen in other areas, the unease of gambling regulators has increased due to a combination of consumer concern, media focus and political interest in relation to gambling and video games. This is heighted further as a significant proportion of the users of the video games tend to be children. Where newspaper editors, politicians and parents voice their concerns, regulators tend to follow.

Being concerned is one thing; but what might the regulators and/or lawmakers do about it? Each of the areas mentioned in the Declaration – skins betting, loot boxes, social casino gaming and gambling-themed content within video games deserves separate treatment, and has a different risk profile.

Skins are virtual items that can be free or purchased with money which change the cosmetic appearance of a user’s in-game character or weapon in a video game. For example, the globally popular video game Fortnite offers players the opportunity to purchase various items of clothing for their character. This can be a lucrative revenue stream for games publishers. Skins betting however has developed in parallel with the growth of the skin phenomenon. At its simplest, it is where players bet on the outcome of an event (for example, an e-sports game) using skins as the form of stake and/or potential prize. A number of 3rd party websites facilitate such activity, allowing users (sometimes including children) to gamble their skins to win even rarer skins, and in some instances, to cash out for real world money. Research by the Gambling Commission found that 46% of children aged 11-16 were at least aware of skins betting – a worrying statistic for regulators.

The crack down on skins betting is already well under way, with skins betting being illegal in many jurisdictions. In the eyes of regulators, the ability to trade skins outside the game, including on skins betting sites, whether or not they can be converted to cash, results in skins having real world monetary value. In Great Britain and many other jurisdictions, to provide a gambling service involving items of real world value you must have a gambling licence. Most regulators will therefore consider it an offence for websites to offer a skins betting service without being licenced to do so. British authorities are already enforcing the law and prosecuting those who run betting websites with virtual items/currencies which have real world value. Dylan Rigby and Craig Douglas were collectively fined in excess of £250,000 for running FutGalaxy.com, an unlicensed gambling website that offered real world cash out features.

The presence of loot boxes in particular has become exponentially more prominent on video games in the last decade. As Lizzie Dunn discussed on MediaWrites in October last year, loot boxes are “essentially virtual boxes, crates or chests that contain randomly allocated virtual items that can be used in game.” They tend to be purchased with real money and offer the purchaser the opportunity of ‘winning’ desirable in-game items. They have become a highly significant revenue stream for games publishers in recent years.

Each jurisdiction takes a differing approach to the regulation of gambling (despite common themes) and therefore, to loot boxes. In Great Britain, the Gambling Commission’s view is that when prizes are restricted for use solely within the game, they ultimately have no corresponding real life monetary value. With no real life monetary value; you cannot have (in Great Britain at least) gambling (see Lizzie Dunn’s article for further analysis).

However, this position could change. In Great Britain, it is not inconceivable that the Declaration could be the starting point of an adjustment in the Commission’s outlook. The Commission is making the point that the line between where gaming stops and gambling begins is an increasingly fine one. At present the Declaration’s stated aim is simply to “raise consumer and parental awareness regarding the transition between gaming for leisure and entertainment and the offering of gambling opportunities.” However, if consumer concern continues to grow (and the games industry does not respond), this may not be the end point of the Commission’s interest in loot boxes. We only have to look at the Labour Party’s recent proposals to see how, where an industry does not respond fast enough to public and political pressure, laws can change to their detriment.

Other countries have already gone further: Belgium and the Netherlands have made certain forms of loot boxes illegal. Belgium’s Minister of Justice, Koen Geens, stated that the rationale behind the decision was to avoid the dangerous impact on mental health that the mix of gaming and gambling could have on children. Failure to comply with the new law may lead to a fine of up to €800,000 (£697,000) and a maximum of five years in prison for the publishers.  This has resulted in publishers such as 2K, Valve and Blizzard removing paid loot boxes from games such as NBA 2K, Overwatch and Heroes of the Storm in order to comply with the regulatory environment in Belgium and the Netherlands. Indeed, the Belgian authorities have reportedly launched a criminal investigation into EA Sports due to the prevalence of loot boxes in the upcoming FIFA 19 edition.

Social casino gaming is essentially the provision of what would typically be considered gambling, but with no ability for the player to win real money (or anything of real world value). This could be entirely free to play, or could involve payment to acquire a virtual currency to play with, but which cannot be cashed out.

Since, where there is no prize of money or money’s worth, there is typically no ‘gambling’ in the eyes of the law, these games can be made available to children. The British Gambling Commission is attempting to mitigate this problem by requiring that its licensees (gambling operators) must put even free games behind a registration wall for over 18s. However, the Gambling Commission would not have the power to prevent websites operated by business that are not gambling operators, and are therefore not their licensees, from offering social casino gaming services without having an over 18 registration requirement. Much like the case of loot boxes that have been discussed already, the gambling regulators will have no jurisdiction over such websites unless they breach the law or if social casino gaming falls under the definition of gambling in the relevant jurisdiction. At present, the lack of a cash out feature (or other ability to derive real world value from winnings) will preclude social casino gaming falling within the Gambling Commission’s remit. However, it is not beyond the realms of possibility that the law – and/or its interpretation and enforcement – could change in the future if parental, political and media pressures continue to mount. As mentioned above, the recent Labour Party Review of Problem Gambling called for regulators to have additional powers and appropriate sanctions to ensure that free to play online gambling style games are only available to over 18s.

Gambling-themed content can be found in video games that are widely played by those under the age of 18. Sim City is one such example, whereby players have the opportunity to build a casino to attract residents to their city. Whilst the risk profile associated with having gambling-themed content may be lower than, for instance, skins betting, the impact on children of having gambling-themes as an undercurrent in video games is still a concern for regulators.

Regulators currently face the same limitations that they encounter with social casino gaming: if it does not fit the legal definition of gambling in their territory, they will typically have no jurisdiction over the games publishers. Whilst this could change in the future, it would require a sizeable shift from the current definition of gambling, and/or the remit of the Gambling Commission, at least in Great Britain.

As a result of consumer, press and political concern, a continued tightening of the international regulatory and enforcement environment in the world of video games and gambling is a real possibility, particularly in the aspects that carry a high risk profile to children. One way to help stave off an increasing regulatory burden would be to take voluntary self-regulatory action to allay those concerns.

Keep an eye on MediaWrites for more analysis as this regulatory landscape continues to develop.

Podcast: esports, the metaverse and more – a conversation with Andrew Cooke, General Counsel at Fnatic (Part 1)