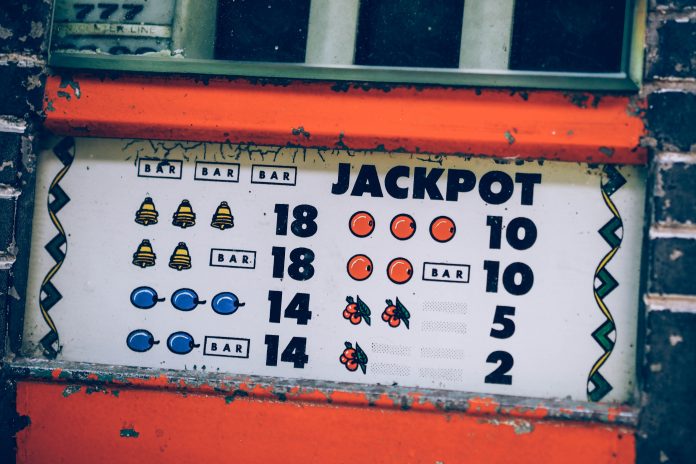 In Germany – and most likely elsewhere – there are an increasing number of websites granting access to lottery products. Such lottery products could be, on the one hand, so called secondary lotteries by which foreign operators offer bets on the outcome of German authorised state lotteries. In general, such secondary lotteries follow the mechanism of the “primary” state lottery, awarding the same winning opportunities. The prizes, however, are not awarded by the state lottery, but by a private operator located abroad which is also the contractual party of the player. On the other hand, websites also offer participation in foreign “official” lotteries, such as the Christmas lottery “El Gordo” in Spain. In the last weeks before December 22, “El Gordo” became quite visible across various German media channels due to enormous marketing activities. Admittedly, prizes of altogether over €2 billion make this lottery attractive also outside Spanish borders. Nowadays, the Internet facilitates extending the scope of possible players even more. Hence, it is hardly surprising that there are several operators on the market who want “a piece of the cake”. During the peaceful Christmas time, these operators wished to provide Christmas gifts by brokering to German customers the participation into the “real” “El Gordo”. Such charitable purpose can actually not give rise to suspicions from the German regulator and judges, can it?

Well, from a purely German domestic law perspective, brokering participation to “El Gordo” is not permissible since it is most likely violating the German state monopoly on lotteries. However, the question arises if such German law prohibition can be justified when brokering participation to the well-known and highly reputable state lottery “El Gordo”. Such a prohibition against brokering “El Gordo” participation could obviously only be justified by means of directly applicable EU law requirements rather than by a loophole under domestic German law.

It is an unfortunate fact that the outcome of current German gambling law court cases is certainly uncertain. The legal framework is rather “shaky” and has been attacked from different sides. As such, the German gambling market is highly fragmented. From a regulatory perspective, online poker and casino games are treated differently from online sports betting and lotteries. Whilst there is a strict state monopoly concerning lotteries, sports betting services could – at least theoretically – be offered also by private entities under very strict requirements. The regulatory regime applying to online horse race betting resembles the one applicable to sports betting services, but differs from online poker. It is still unclear if such fragmentation can be justified legally and can be sustained in the course of judicial review. The efforts by which the German system should be made compliant with EU law stipulations have currently failed since any opening of the state monopoly, for example with regards to private sports betting operators, has not been put into force yet. It is remarkable and a clear message to the German regulator that the Higher Administrative Court of Hessen decided, for example, that it follows from the direct application of 56 TFEU that EU sports betting service providers offering their services to German customers do not need any German licence. In other words, EU providers would not need to engage in an awarding process which does not comply with EU law requirements anyway.

Reverting to “El Gordo”, the state monopoly on lotteries has remained unchanged from a regulatory perspective. Hardly surprisingly, this state monopoly on lotteries is still being questioned by both legal scholars and, partly, also by lower instance courts. Such critics may have received recently further “ammunition” given the vast amount of advertising expenses state lotteries are bearing to promote their services. Since “El Gordo” has caught the attention of the German Christmas lottery player, such attention will need to be reverted to the German state lotteries from the perspective of the German state. An acknowledged legitimate aim of the state monopoly is to restrict the supply of games of chance in combating criminality linked to those games by channeling them through controlled expansion. A controlled expansion could contradict the vast amount of public advertising state operators are placing. State operators may argue that an efficient “channeling” requires a level-playing field and, thus, public attention and advertising expenses. Nevertheless, private lottery organisers are equipping themselves with valid arguments in order to fight for private lottery licences.

Courts tend to avoid raising the question of the German state monopoly on lotteries being compliant with superior EU law requirements. Courts argued, for example, that material requirements under German law were not met, so that the licence could not be granted anyway even if the state monopoly was not compliant with EU law. Another court argument was that the service provider had not even participated in the application process and could, thus, not invoke non-compliance of the application process with EU law. EU law would not force the German state to grant licences or to legalise online lottery brokering services without any prior and upfront licensing process.

The German state monopoly on lotteries could be particularly shaky when we are dealing with brokering the participation in authorised lotteries from other EU member states. Although it has been repeatedly stated by the CJEU that there is no obligation to acknowledge gambling licences from other member states, such holding does certainly not preclude considering, in turn, foreign licences under German law. If only state entities offer lottery services, this may contribute to pursue the channeling function mentioned above as one legitimate aim of the state monopoly. German state lotteries usually argue that the organisation of secondary lotteries would interfere with such legitimate aim, arguing that private entities are not as reliable as state operators. In this context,  state lotteries support the argument that private entities would be subject to their profit intentions while state operators would primarily pursue the legitimate channeling function.

On the other hand, the arguments used by German state lotteries in relation to secondary lotteries do not apply (at least not to the same extent) in relation to brokering an official lottery authorised in another EU member state such as “El Gordo”. Even more because “El Gordo” is also organised by a state entity called “Loterías y Apuestas del Estado”. Besides, the addictive potential of “El Gordo” is rather low. In general, the addictive degree is certainly higher the more repetitions are possible within a very short time frame. “El Gordo”, however, is far from being a highly addictive and repetitious game. It is probably not more addictive than Christmas itself. Cynical voices may state that Christmas is where you once a year buy gifts as a “stake” in the hope of receiving something (more) valuable in turn…

The amount and presence of “El Gordo” advertising across German media during the past Christmas period has been rather striking given that advertising for illegal gambling is also to be deemed illegal under the current domestic German legal framework. To my knowledge, it is not possible to apply for an advertising permit regarding the brokerage of “El Gordo” participation. There could be two reasons for the apparent “leniency approach”, namely (i) that the vast number of online brokering offers makes enforcement virtually impossible, or (ii) there is some kind of “tacit approval” taking into account the privileged status of “El Gordo” compared to private (foreign) secondary lottery operators.

The example of “El Gordo” reveals once more the complete standstill and legal uncertainty within the German gambling landscape. It should also showcase the alternative of a more flexible case-by-case analysis than the complete and rigid prohibitive approach the Gambling Interstate Treaty currently pursues in many occasions.