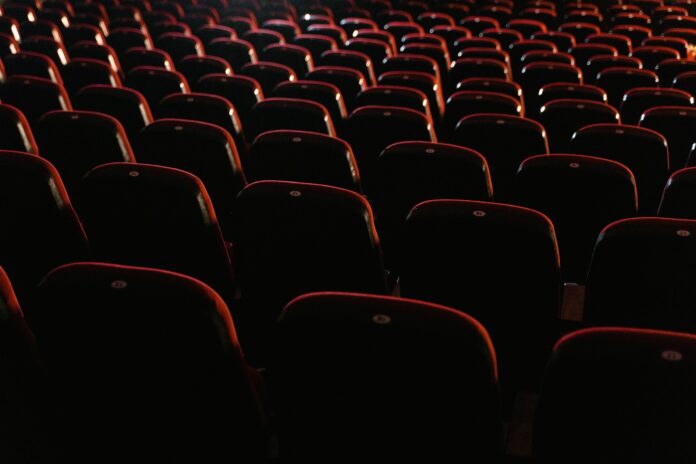 Why should people watch movies in the metaverse at all?

At first glance, it is surprising that people would choose to watch films in the metaverse. The cinema or streaming services seem more natural choices. The answer lies in the interactive event character of metaverse events. For instance, people can:

For companies, this new trend offers enormous advantages. Metaverse providers can use film events to differentiate themselves from other providers and to offer users further exclusive content. The film industry can reach younger audiences in the metaverse and tap into new revenue streams. Films can be screened to a theoretically unlimited number of people in one event (depending on server performance). In addition, event organisers can sell digital items to generate further revenues (e. g. digital costumes for avatars in the style of the movie).

How does watching movies in the metaverse work?

The metaverse provider names a time and a specific location in the metaverse (e. g. city “A” on island “B”) where the movie will be shown. The users join the metaverse with their avatar and meet up at the announced time and place. Typically, a digital screen is set up there so that avatars can watch the movie. During the film, avatars can move freely, interact, dance or chat with other players. The player’s own VR glasses can, but do not necessarily have to be in use – the metaverse can also be viewed via the screen of the laptop or mobile phone.

What are the legal issues involved?

From a copyright perspective, a film event in a metaverse/game raises exciting questions:

What VR experience could be next?

Apart from film events, any kind of entertainment can enter the metaverse. There are already pop concerts with audiences of millions (Ariana Grande sang in the game “Fortnite” in front of 20 million viewers). Opera concerts, ballet, theatre, galleries, and readings can also find their way into the metaverse. The copyright problems described above may also apply for those events in principle – but with legal nuances relating to the respective type of work (e. g. image rights for exhibitions).

What needs to be done?

The following steps are important for those involved: