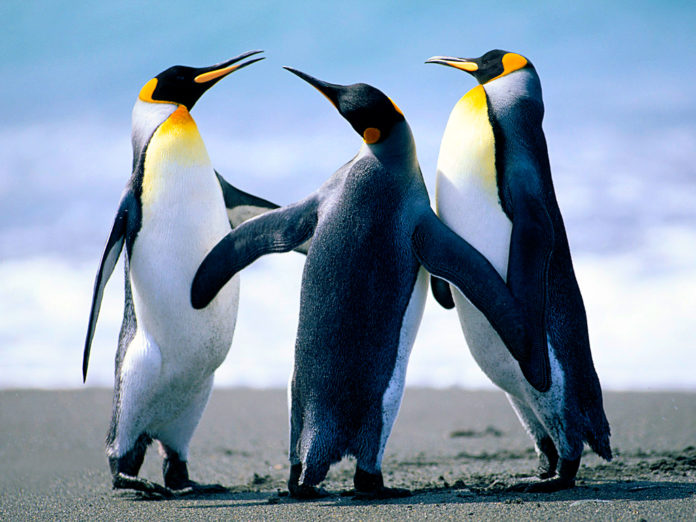 CAPS (the Captive Animals Protection Society) is a campaigning charity which aims to stop the exploitation of animals, particularly in circuses, zoos and the exotic pets trade. Investigators for CAPS visited Heythrop’s zoo in September 2015 at an open day and, along with numerous other members of the public, took photographs and videos. Some of these photographs were subsequently published by CAPS on its website, along with a few taken by a member of the public in 2013 and some by an ex-employee of Heythrop. The photographs and videos showed animals being used for entertainment in a show for visitors.

CAPS also claimed that the photographs and videos showed inhumane conditions in which some of the animals were being kept and demonstrated animal behaviours consistent with being kept in such inhumane conditions. Heythrop denied any inhumane treatment for any of its animals and emphasised the paramount importance which it places on the welfare of all the animals in its care. The articles led to comment in the wider press, including in the Daily Mail and The Times newspapers.

Heythrop relied on three separate causes of action: (1) breach of contract; (2) breach of confidence; and (3) breach of “non-property” performance rights under s.182 and s.83 of the Copyright, Designs and Patents Act 1988 (CDPA).

In relation to the third cause of action, Birss J had to consider whether an event like a traditional circus act with a human trainer talking to animals and who causes the animals to perform tricks like standing on their hind legs on a stool with their front paws in the air, could qualify under s.180(2) of the CDPA as a performance, given that performances by animals do not qualify for protection and it was the animals rather than the human trainer that were arguably the main feature of the performance. He concluded that it could qualify because, although it is clear that the audience’s attention would be largely focused on the animals, the human trainer is still giving a performance, albeit with animals. Without human involvement there would be no show at all.

Birss J also held that Heythrop had arguable claims and CAPS had fully arguable defences in relation to all three causes of action. Much but not all of CAPS’ defences would depend upon disputed issues of fact that could only be resolved at trial, particularly as to whether a notice stating that photographs could be taken only for personal use, could not be uploaded to the internet and could not be used for any commercial or financial gain was prominently displayed at the entrance gate. CAPS also had an arguable public interest defence to the claim for breach of confidence and an arguable fair dealing defence to the performer’s right claim.

Birss J held that, because CAPS’ publications were clearly journalistic in nature, Art. 10 of the European Convention on Human Rights (ECHR) was sufficiently engaged for the purposes of s.12 of the Human Rights Act 1998 (HRA) and that the analysis of whether an interim injunction should be granted should accordingly start with s.12 of the HRA and Cream Holdings v Banerjee [2004] UKHL 44 rather than American Cyanamid [1975] UKHL 1. Birss J also referred to and followed paragraph 20 of the Supreme Court’s recent judgment in PJS v News Group Newspapers [2016] UKSC 26 (which you can read more about here), in which it was held that:

“(i) even at the interlocutory stage, neither [Article 8 nor Article 10 of the Convention] has preference over the other, (ii) where their values are in conflict, what is necessary is an intense focus on the comparative importance of the rights being claimed in the individual case, (iii) the justification for the interfering with or restricting each right must be taken into account and (iv) the proportionality test must be applied.”

As regards the balance of rights in this case, Birss J held that Heythrop had property and economic rights that are protected by ECHR Art. 1 of Protocol 1 and that its causes of action protected its legitimate commercial interests. He also held that CAPS’ publications in this case were clearly journalistic in nature and that the protection of such high value speech was a key aspect of ECHR Art. 10.

As the causes of action relied upon by Heythrop were all economic in nature and were ranged firmly against the right of freedom of speech being exercised by CAPS in a campaigning journalistic manner, Birss J held that there was no justification for any sort of departure from the general starting point under s.12 HRA and Cream Holdings to determine the question of whether an interim injunction should be granted – i.e. that the claimant must show that success at trial is more likely than not.

Birss J also noted that s.12(3) of the HRA referred to a likelihood that “publication would not be allowed” and held that the “success” required under the s.12 HRA test was not simply success in terms of the relevant cause of action, rather there must be success relating to the prospects of obtaining a final injunction based on the relevant cause of action which would restrain publication. He found that the likelihood that a court would restrain publication of the images published by CAPS, even if a claim based on breach of contract or breach of confidence was well founded, was seriously undermined as the images in question were matters that the public could see on open days at Heythrop’s zoo and were of a similar nature to images which already appeared on the internet indexed by reference to Heythrop. As to performer’s rights, there was a clearly arguable fair dealing defence.

Even though there was a likelihood that Heythrop would obtain damages rather than a final injunction at trial Birss J did not consider that the likely inability of CAPS to pay a damages award was particularly relevant in relation to the question of whether an interim injunction should be granted as it would not be welcome if that issue were to turn on the relative financial strength of a campaigning charitable organisation such as CAPS in circumstances where campaigning freedom of speech was a key issue.

Birss J therefore refused an interim injunction on the basis that he did not consider that there was a sufficient likelihood that Heythrop would obtain final injunction at trial in relation to any of its causes of action to justify the interference with journalistic freedom of speech which an interim injunction would trigger.

In this case the Court decided that the circumstances were appropriate for it to follow the general starting point in relation to the test to apply in determining whether an interim injunction should be granted in circumstances where freedom of expression is engaged i.e. under s.12 HRA and Cream Holdings. However, the Court also made clear that the correct approach to take would depend on the circumstances of the case in question and the Convention rights that are engaged and that, in different circumstances, it could depart from this approach.