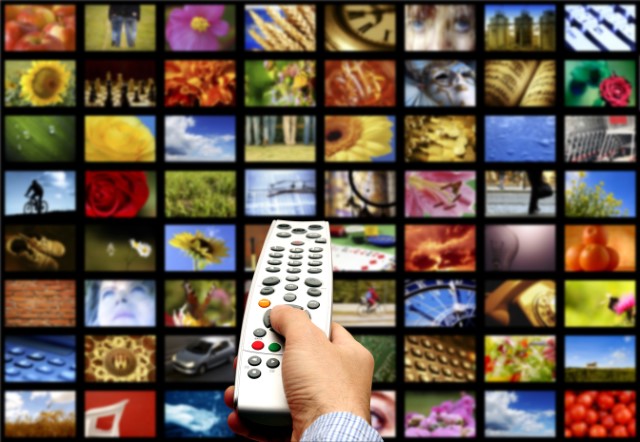 The explosion of OTT content has reshaped and redefined the broadcasting landscape. Platforms coming out of the ‘streaming wars’ are now championed and viewed as the new normal. The COVID-19 pandemic has laid bare the benefits of platforms such as Netflix, Disney+ and Prime Video, providing consumers with instant, at-home entertainment and providing alternative distribution channels for high-budget productions that can’t be released in theatres.

With the rising global demand, consumption and accessibility of streamed content, OTT providers face a proliferated, yet not new, threat to their business in the form of piracy – a revenue undermining, industry threatening, dangerous form of organised crime that exploits both provider and consumer. COVID-19 has increased the potency of this threat and the Christmas period is likely to add fuel to the fire.

In the UK alone, more than 13 million households have at least one subscription to a streaming platform, up 5.2% from the end of 2019. Based on new subscribers each year, Netflix is now used by up to 75% of streamers, with BBC iPlayer and Prime Video just behind. Between January and March 2020, Netflix enjoyed an increase in subscribers of 16.9%, almost certainly in part attributable to the beginnings of the COVID-19 pandemic.

Where large, legitimate subscription gains have been seen during a mostly lock-downed 2020, a significant surge in visits to film and TV piracy sites has also been reported. In the last week of March 2020, visits to film piracy sites were up by 57% compared to the last week of February. We can expect a similar trend to have occurred during the second lockdown of November and during the upcoming Christmas period. Piracy tracking company, Muso, commented that the realisation that you can watch or listen to anything you want for free via unlicensed sites is creating a “can’t pay, won’t pay” consumer mentality[1]. The combination of this mentality with an unemployment rate spiralling out of control and a surge in demand for content leads to the perfect situation for a pirate to exploit.

If broadcasters across the globe are to build sustainable business models without suffering massive revenue suppression from piracy, an understanding of the demographic turning to content via piracy and a willingness to cooperate, invest and adopt far more robust security solutions is necessary.

Although piracy is viewed by some companies as business-as-usual, this need not necessarily be the case given the amount of protective technologies that exist. From integrating VPN and DNS proxy detection services to block access to content, to the use of bot management solutions that can identify a real user as opposed to a ‘robot’, there are myriad technological solutions to the issue of piracy.

However, beyond technological solutions, a concerted industry effort is needed to educate companies and consumers around the damages of piracy. In 2011, the Hargreaves Report commented on this, and provided insight into a possible disconnect between the then current copyright laws and the vastness of content on the internet that those laws sought to protect. The report commented directly on piracy, criticising industry estimates on illegal downloads in the UK by arguing that a “detailed survey of UK and international data finds that very little of it is supported by transparent research criteria”.[2] This pointed to a gap in industry knowledge of the extent of piracy in 2011, with companies reacting to piracy in isolation and underestimating the levels of illegal downloads at the time.

Fast forward almost ten years since the Hargreaves Report and the policy angle to this issue is still in need of implementation – companies must work more effectively together with their competitors and industry bodies to disband pirates.

Following the footsteps of the music industry, where all players from labels to artists to listeners were actively encouraged to take a role in fighting piracy, OTT providers must come together to help the industry turn a corner. In addition to the industry organisations such as the Audio Visual Piracy Alliance in the US, the Asia Video Industry Association and the Alliance for Creativity and Entertainment, coordinated action by private companies is a necessity.

Piracy does seem to have climbed the ranks in the industry’s problems priority list in recent times, with several noteworthy crackdowns since the pandemic erupted this year. In September 2020, the Norfolk and Suffolk Constabulary took an unprecedented step by issuing individual warning notices to thousands of subscribers to a service called GE Hosting. The notice warned users of this site that hosting and subscribing to pirate services holds a maximum sentence of up to five years in prison along with a fine.

In Switzerland, an example of how cross-platform collaboration is such a powerful tool in the fight against piracy was put on show by Canal+ and NAGRA, the digital TV division of the Kudelski Group. Together, they announced the shutdown of a piracy organisation based in the Lake Geneva region of Switzerland, delivering French-speaking on-demand content to thousands of consumers via a network called “KBoxServ”. Canal+ and NAGRA submitted a joint criminal complaint about the pirates’ actions to the Vaud Police which led to the first piracy shutdown of its kind in Switzerland. Pascal Métral, VP of legal affairs and head of anti-piracy investigations, Intelligence and Litigation at NAGRA said that the shutdown “is yet another example of how close collaboration between content producers and owners, governmental entities and anti-piracy companies can bring tangible results in the fight against commercial piracy.”[3]

Sophisticated solutions do exist, albeit at a price. User-specific forensic watermarking technology that identifies the device that is re-streaming content, shutting it down in real-time is a prolific tool used in the prevention of illegal sports streaming. Notice-and-takedown technology solutions are also effective means of protection. While all solutions come at a cost, this commercial impediment must be balanced against the fact that piracy is gradually gaining a stronger and firmer foothold on the balance sheet of content-driven companies.

Broadcasters should ensure that the only way of consuming their content is legally, through their official channels. As more players join the OTT market, piracy is likely to grow and have a more pronounced effect, especially on the smaller providers; however, there are a growing number of success stories all underpinned by a combination of cross-platform collaboration, technological solutions and a clear cut, protective strategy. As we enter the Christmas period, there is an expectation that piracy will continue to increase, making the case for clamp down even more necessary.