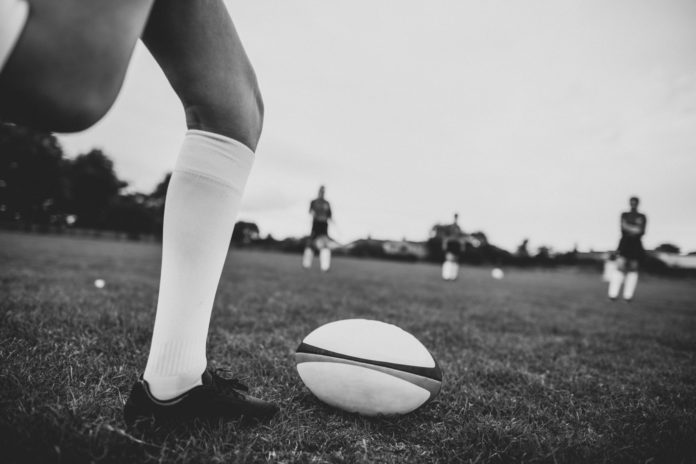 Last Friday’s Federal Court decision on the National Rugby League’s “No-Fault Stand Down” rule represents a clear recognition by the Australian courts of the importance of protecting brand and reputation as a legitimate interest of a sports governing body.

It will be welcomed by sports administrators as a vindication of their right to implement robust regulations to deal with serious misconduct which compromises the reputation and commercial interests of their sport.

The automatic suspension of a player without any finding of misconduct is highly unusual.  Whilst some sports have a discretionary power to suspend a player pending the determination of a criminal charge, the NRL accepted in cross-examination that their new rule did not have a parallel in any of the other sports they had researched.

The decision is also notable as it distinguished a line of earlier Australian cases (and one English case) on restraints of trade in sport, all of which were decided in favour of the restrained player.

In this article, we summarise the decision and explain how the earlier cases were distinguished.

Facts of the Case

A brief summary of the facts is as follows:

The relevant legal principles governing restraint of trade are well-established and were not at issue in the case.

It was accepted by the NRL that the new rule imposed a restraint of trade on Mr de Belin, notwithstanding that he remained on full pay whilst stood down and was permitted to train with his club.

Having accepted this, the onus was on the NRL to do the following:

Impact of the Restraint

There were also two other factors which increased the burden on the NRL of justifying the restraint:

The NRL put on evidence identifying the interests which the new rule was seeking to protect.  Much of this was drawn from the interlocking contractual documents governing the relationship between the NRL, the players and the NRL clubs, including the NRL’s Constitution, the NRL Rules, the Player Contract, the Player Registration Application, the Code of Conduct and the NRL’s values as set out in its Strategic Plan.

These interests included, among other things, being able to provide adequate funding for rugby league from the junior to the elite levels, protecting and enhancing the image of the NRL and its competitions and promoting the game as inclusive and, in particular, as respectful, attractive and welcoming to female fans and players.

Perry J found that the evidence clearly established that these were legitimate interests for the NRL to seek to protect.  She also accepted the NRL’s evidence as to why the alleged misconduct by players during the 2018/19 off season and associated publicity represented an immediate and significant danger to those legitimate interests, including a threat to the financial stability of the NRL and its clubs.  The bulk of this evidence related to the negative reaction of sponsors, broadcasters and fans to the poor player behaviour during the “Summer of Hell”, as had been communicated to the NRL’s CEO and Chief Commercial Officer who were the NRL’s key witnesses.

Reasonableness of the Restraint

The key question was whether the restraint imposed by the “No-Fault Stand Down” rule was no more than was reasonably necessary to protect the NRL’s legitimate interests.

In reaching her conclusion that the rule was reasonably necessary, Perry J distinguished this case from a number of earlier decisions involving restraints in sport which dated back to the 1970s, all of which were decided in favour of the restrained players.

The earlier cases were distinguished on a number of different grounds.

It was held to be relevant that the restraint did not impose any restriction on Mr de Belin’s ability to continue training with the team, to access welfare and education support, to derive an income (as he remained on full pay) and even to seek to negotiate a new contract with his current or other clubs (albeit that it was highly unlikely that any club would enter into negotiations with him while the charge was pending).

Whilst Perry J accepted that there would be an impact on Mr de Belin’s profile and career trajectory from not playing, she was not persuaded that the restraint would have the effect of ending or substantially impairing his career and ability to earn money under a future playing contract in the NRL or elsewhere.

In short, Perry J found no evidence that Mr de Belin had suffered a financial loss by reason of the automatic stand down, as distinct from any loss he suffered from the damage caused to his reputation by reason of the charge and the publicity surrounding it.  Her view was that any potential loss of income from his non-inclusion in the 2019 State of Origin matches was merely speculative, as there was no guarantee that he would be included in the NSW team.

Mr de Belin’s case was different to the earlier cases of:

Restraint was not indefinite in its operation

This was distinguished from the restraint in Hughes which was indefinite in its duration.  In that case, the Cricket Council had made an amendment to its rules to the effect that a player was automatically disqualified from playing club cricket if the player participated in South Africa (which was under pressure to end its apartheid policy).  The effect of this rule was to preclude the player from being selected for Sheffield Shield, and therefore, Test cricket teams.  Unlike the “No-Fault Stand Down”, the Cricket Council’s rules did not prescribe the circumstances in which the automatic disqualification would be lifted, and it was therefore effectively indefinite in its operation and went beyond what was reasonably necessary to protect the Cricket Council’s legitimate interests.

‘Immediate and significant’ danger to the NRL’s legitimate interests

Perry J found there was compelling evidence of the risk of sponsors, broadcasters and fans being alienated and the financial viability of the game being compromised if Mr de Belin and the other players facing similar charges were permitted to continue playing pending the determination of the charges.  An important consideration in her decision was her view that the NRL’s evidence had established that the repercussions from the “Summer of Hell” posed an immediate and significant danger to its legitimate interests, and that nothing short of the urgent implementation of the “No-Fault Stand Down” rule would address this.

This was distinguished from the facts, and the finding, in Adamson.  In that case, there was no evidence to suggest that the introduction of the player draft which was intended to supplement a salary cap was necessary to promote the financial viability of the clubs, or the competitiveness of the league.  To the contrary, the court in that case found that the game had in fact prospered and expanded under the existing salary cap system without the player draft.  There was, therefore, no immediate or significant danger to the financial viability of the clubs, or NSWRL, which reasonably justified the imposition of the player draft.

Retrospective operation of the restraint

In Greig, the International Cricket Council had introduced a rule which had the effect of disqualifying players from playing in official international Test cricket if they had played in a cricket match organised by the rival cricket series, World Series Cricket.  The rule was retrospective in its operation, meaning that players who had played World Series Cricket prior to the introduction of the rule were in breach of the new ICC rule and were banned, notwithstanding that they had no knowledge of it at the time.  After considering the legitimate interests which the ICC was seeking to protect, Slade J in the High Court (England & Wales) held that the relevant threats to these interests could have been adequately met by a prospective ban, and that the restraint therefore exceeded what was reasonably necessary.

Perry J distinguished the facts of Greig from the NRL’s case, finding that the restraint did not put Mr de Belin in breach of the NRL Rules for something that he did prior to the introduction of the new rule (as was the case in Greig).  Instead, the alleged conduct by Mr de Belin (if proved) was unlawful at all times and the restraint was automatically engaged by the existence of this serious criminal charge, regardless of when the charge was laid and without any finding of breach.  For this reason, Perry J found that the “No-Fault Stand Down” rule did not operate retrospectively in a relevantly adverse way, or in a way which unfairly discriminated between players.