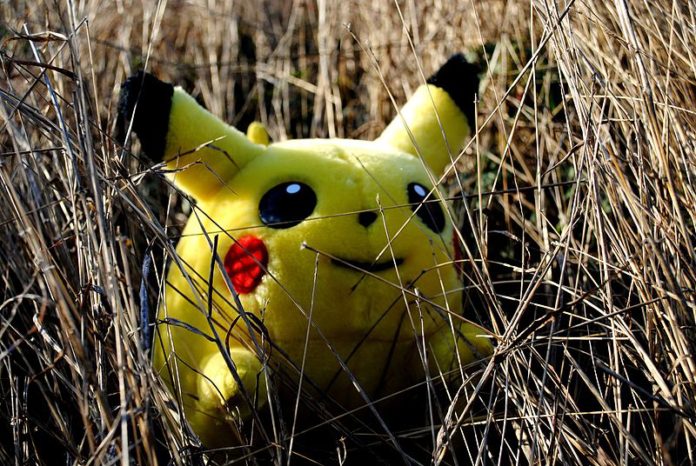 Data protection and privacy are probably the most obvious issues which affect Pokémon Go users given that the app takes more than a Pikachu as it scoops up your information. This includes personal data such as name, email address and contacts but also location, speed and access to your camera. Indeed, bearing in mind the amount of time spent by the average user on the app per day, and the ground they cover, there is very little information about the user’s daily routine which will not be available to Niantic. Consider the value of this data to potential commercial partners who could access the precise movements of any given user, together with their personal data profile. Imagine the targeted advertising opportunities. Whilst Niantic’s terms and conditions purport to set out clearly what user data will be used for and how, there could be new ground to break in terms of data protection compliance should Niantic decide to further exploit this goldmine of information.

For example, Pokémon Go currently asks whether it can access users’ contact lists. Given that the app does not currently support any interaction between the user and their contacts, there does not seem to be a legitimate reason for this request. Even if the rationale is that the app will have a multi-user/player portion in the future, it does not have that function today. With this in mind, how can Niantic demonstrate that it has a legitimate interest in processing that data that is not overridden by the interests of the data subject? At the moment it is getting round this hurdle by asking for user consent (not giving consent does not preclude use of the app), but consent is not the best way for Niantic to obtain use of the data, as of course it can be denied or withdrawn by the user.

Pokémon Go may be falling foul of the same legislation that many tech companies have over the past few years. Including widely cast data protection provisions in its Terms of Service and Privacy Policy may start to ruffle the feathers of many of the same Data Protection Authorities and consumer watchdogs that have had words with other tech providers over the past few years. However, the app is still relatively new and it seems as though Niantic has gone for a general set of terms which cover the data protection requirements in a number of jurisdictions, so the reaction of the regulators remains to be seen.

With hundreds of thousands of users poking (geddit?) around, it is almost inevitable that they will invade other people’s personal space. Picture looking out of the window of your ground floor flat whilst groups of teenagers approach from all directions with their cameras pointing directly at you. A Twitter user commented on this when somehow his home was mistakenly identified on the app as a gym: “Do I even have rights when it comes to a virtual location imposed on me? Businesses have expectations, but this is my home.” The question is a fair one – in the US two lawsuits have already been filed by homeowners against Niantic for nuisance and unjust enrichment.

This issue may go beyond invasion of an individual’s personal space and into the realm of trespass onto private property. Just because you’re looking through a screen doesn’t mean you’re not climbing through someone’s real life window. Users are best placed to assess whether a property is private or not, so they are the likely starting point for any accusation of trespass. However, the next question an astute defence lawyer might ask is: who else could be liable where a user has followed a Pokémon onto private property? It is not beyond the realms of imagination that Niantic, or even a commercial entity luring Pokémon to entice its customers, should in fact be held responsible if it could be demonstrated that said entity encouraged the trespass, or failed to remind users to consider their surroundings. This seems even more probable bearing in mind that children (arguably with less common sense than adults) make up a significant percentage of Pokémon Go users.

With humanity (read: smartphone users) poised at the dawn of a new augmented reality world, this consideration will become increasingly important. The personal privacy implications could perhaps be curtailed by the introduction of virtual location property rights which are discussed below.

When users engrossed in the app abandon their usual level of care with regard to their surroundings, interesting questions arise as to liability for any injury or damage suffered as a result. Less than two months have passed since the app’s release, yet already there are countless examples of incidents; from the now infamous story of the two men who fell off a 90 foot cliff in California whilst playing on the app, to the government-issued warnings in Bosnia of unexploded land mines which may be lurking in the same areas as Pokémon.

A couple of questions come to mind. Firstly, could Niantic be held responsible in anyway for injury occurring to the player? Whilst there is no doubt that our transatlantic cousins, with their claimant-friendly personal injury courts, will at some point float this argument in litigation, the short answer for now appears to be “No”. This is because the app’s terms and conditions and a series of warnings make it very clear that the user must pay attention to their surroundings to avoid injury and any user negligence in this respect would likely be determinative. Users are forced to “consider” and accept these conditions prior to playing the game, so it would be difficult to argue that Niantic could not rely upon them. However, if a non-player were to be injured by a distracted user, this could be harder for Niantic to defend. Non-users have not signed up to the app terms and conditions and, having deeper pockets, Niantic might be a more attractive target for obtaining compensation. Perhaps we will see something along the lines of the Snapchat case which has arisen in the United States, where the app currently has a lawsuit filed against it for its role in injuries sustained by a driver who was hit by a Snapchat user taking selfies with the app’s speed-measuring feature while driving over 100 mph.

Secondly, what of the owner of premises which double up as a Pokéstop? If their premises pose a threat to users (such as the landmine example) and young users in particular, is there some responsibility incumbent upon them to notify Niantic of said threat? Either way, what options does the owner of those premises have to protect themselves? Given that under English law a property owner is potential liability if a third party suffers an injury on their land (even, to a lesser extent, liability with regard to injured trespassers), it would surely be wise to evaluate how secure points of access to the property are and whether any particular dangers are signposted, especially if there have been Pokémon sightings nearby. Another possible option is the virtual location rights discussed below.

If you are the owner of a property in real life should you also be the owner of it in the virtual space? In Berlin the Catholic Church has hired a lawyer to get Niantic to exclude the Cologne Cathedral from the game. Is it possible that virtual location rights could be enshrined in law, giving property owners the legal right to prevent their property from being tagged in the virtual reality space? Is this something owners of dangerous properties/private properties could take advantage of in other countries if so? Could this lead to the creation of an offence of virtual trespass? The Cologne Cathedral case will be interesting to follow. It is not yet clear whether Niantic will be liable for the behaviour of the app’s users and it might have a good defence: the Pokémon in the app fall under the definition of user generated content, which could allow Niantic to take advantage of the hosting defence under the E-Commerce Directive. However, countering that, Niantic does not appear to allow users to create Pokéstops which may take them outside of the protection of the hosting defence. Whether Niantic can be forced to remove places from the game or not remains to be seen – so far it appears to have been fairly responsive to reasonable requests for residences or certain properties to be excluded without the need for litigation.

As discussed above, there are plenty of reasons why individuals and businesses may not want any Pokémon on their properties; however, we are also witnessing a large number of companies vying for their premises to be featured in the game. Pokémon Go allows users to buy “lure modules” which attract rare Pokémon and other players to a particular area. Many establishments in London have announced sightings of rare Pokémon on their properties, enticing players in the locality. This of course increases footfall in their commercial premises and related potential business opportunities.

However, such practices have the potential to be conducted in an underhand manner. Have the businesses themselves purchased the lure modules to attract Pokémon or do they just happen to have a Charmander lurking on their premises? If an establishment has paid for the lure and is thereby increasing its profits, should the customers attracted by these Pokémon be put on notice that they have in fact been manipulated by this novel advertising/product placement/advantage-taking hybrid arrangement? Taking this practice to its logical conclusion, if Niantic were to capitalise further upon tie-ups attractive to commercial entities, it might consider more formal long-term arrangements with large commercial chains. One example of this is a location sponsorship deal which has already been put in place between McDonald’s and Pokémon Go in Japan. This could lead to licensing squabbles further down the line. For instance, Niantic would presumably wish to avoid supplying rare Pokémon to a chain in whose premises its users could also find a bounty of whatever the next augmented reality game’s treasures are, but the commercial incentive to agree to such exclusivity would be slim.

Pokémon Go’s capacity to subsume users into a world where reality and fantasy are blended can encourage users to act in a way which is far less circumspect than usual. By doing so, users expose themselves to risks both in the real world and online. It will not be long before law-makers are asked to pay closer attention to methods of protecting against such risks. It is a difficult path to tread; too much regulation and technological innovation risks being stifled. Niantic would be well advised to pre-empt areas of contention with an equally innovative approach to customer relations and policy.