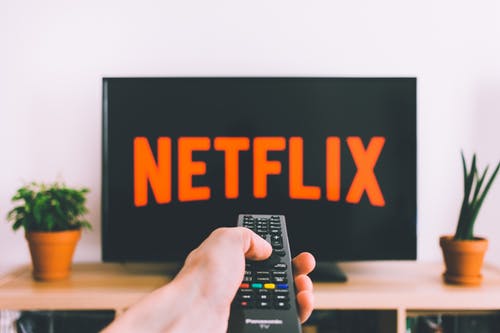 Starting from 1 July, video-on-demand (VOD) platforms operating in Poland will be obliged to pay 1.5% of their local revenue to the Polish Film Institute (PISF), an institution supporting the Polish film industry. The levy, quickly dubbed “Netflix tax”, was introduced as part of a government stimulus package bill prepared in response to the financial crisis caused by the COVID-19 pandemic.

An idea welcomed by filmmakers…

The new contribution was met with enthusiasm from several filmmaking associations and the Minister of Culture, who tried to oppose calling the contribution a tax, as the funds would not go to the state budget. The Polish Film Institute is widely considered very successful in boosting the development of the Polish film industry, thanks to its grants which have allowed the production of several universally acclaimed films, such as Ida (winner of the Academy Award for Best Foreign Language Film in 2015).

The film industry in Poland has been greatly affected by the pandemic. Cinemas were closed for three months, and even though the ban was lifted on 6 June, several cinemas have not yet reopened, fearing they would not be profitable under new sanitary rules. Several films expected to become blockbusters could not recoup their budgets due to a limited run in cinemas. This happened to The Hater by Oscar-nominated director Jan Komasa, a film quickly released to VOD after just a week-long run in cinemas.

In this situation, filmmakers applauded the idea for a new levy. It was pointed out that the same contribution is already currently being collected from other entities, such as TV stations, cinemas, and film distributors, and VOD platforms benefit from broadcasting films in a similar way, so not requiring them to pay would be unfair. On the other hand, consumers expressed fears that VOD platforms would raise prices to cover the increased costs, and media companies protested against the new obligations.

…but executed rather poorly

The government’s anti-crisis measures were widely criticised for being rushed through the parliament, with no real possibility for MPs and industry groups to carefully consider the effects of the new laws. Because of the breakneck pace of the legislative process, the anti-crisis acts contained several errors and omissions. Unfortunately, this was also the case with the “Netflix tax”, and VOD operators are currently scratching their heads over the ambiguities of the new regulations.

According to them, VOD platforms will be required to pay 1.5% of their quarterly revenue “obtained from the fees for access to publicly available on-demand audiovisual media services, or the revenue obtained from broadcasting commercial communications, in case the latter income is greater in a given accounting period”. This means that VOD platforms will be required to pay the levy regardless of their business model, as either transactional (TVOD), subscription (SVOD), or ad-supported (AVOD) services will be covered. The payments must be made within 30 days after the end of each quarter (the deadline for the first payment is 30 October).

For platforms with registered offices in EU Member States other than Poland, the levy is based on the revenue obtained in the territory of Poland only. Unfortunately, the wording of this exemption is vague – there are no guidelines on how to properly calculate the revenue, and international platforms based outside the EU were seemingly neglected (although strictly speaking, these would have to set up a business within the EU to be able to provide services).

Minor platforms – those with the status of a “micro-entrepreneur”, or with fewer users than the equivalent of 1% of the Polish broadband Internet customers – are not obliged to pay the levy.

The new law seems problematic especially for businesses offering VOD along with other types of services, such as media companies or news websites. For instance, it is particularly difficult to determine whether the revenue from ads accompanying articles featuring both text and video content should be subject to the levy. The bill introducing the “Netflix tax” also removed a clause allowing deductions of the levies paid by several entities within a capital group (for instance, a TV station could deduct its levy by the amount paid by a film distributor controlled by that TV station). After the change that will not be possible, and the contributions payable by media companies will increase significantly. Questions also remain whether it actually makes sense to impose the levy on all VOD content, as pay-per-view sports broadcasts have very little in common with the film industry, for instance.

Although the levy was introduced as part of a pandemic stimulus package, it will remain as a permanent solution. According to initial calculations, contributions from VOD platforms will bring approx. PLN 15 million (EUR 3.4 million) to the budget of the Polish Film Institute this year.