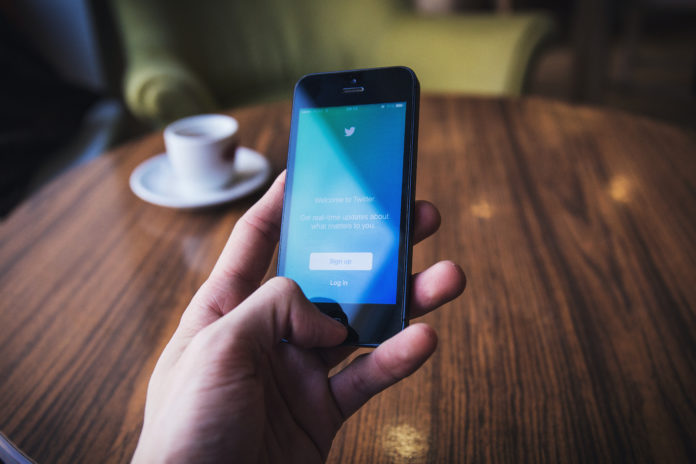 The case of Monroe and Hopkins related to the defacement of the Memorial to the Women of WWII in Whitehall during an anti-austerity demonstration on Saturday 9th May 2015. Amongst widespread media condemnation, on 9th May the New Statesman journalist Laurie Penny tweeted under the Twitter handle @PennyRed that “I don’t have a problem with this. The bravery of past generations does not oblige us to be cowed today.”

In what was accepted to be a case of mistaken identity, on 18th May Ms Hopkins posted a tweet to Ms Monroe, asking:

“scrawled on any memorials recently? Vandalised the memory of those who fought for your freedom. Grandma got any more medals?“

Following Ms Monroe’s clarifications that she hadn’t been involved, Ms Hopkins deleted the first tweet, replacing it with:

Following continued mud-slinging on Twitter, on 2nd June Ms Hopkins tweeted: “@MsJackMonroe I was confused about identity. I got it wrong.” But demands from Ms Monroe for an apology and a donation to charity were not met by Ms Hopkins, so proceedings were issued by Ms Monroe in December 2015.

As Mr Justice Warby identified in his opening remarks on 10th March 2017, the three central points in issue were: (1) the meaning of the two tweets; (2) whether these tweets amounted to defamation; and (3) whether they had caused or were likely to cause serious harm to Ms Monroe’s reputation.

What did the tweets mean?

Mr Justice Warby ruled that the meaning of the first tweet was not literal, as the hypothetically reasonable readers of Ms Hopkins’ Twitter feed would not believe that Ms Monroe had literally vandalised the war monument herself. However, the ordinary and natural meaning in the eyes of the reasonable reader was that Ms Monroe “condoned and approved of the fact that in the course of an anti-government protest there had been vandalisation by obscene graffiti of the women’s war memorial in Whitehall, a monument to those who fought for her freedom.”

Were the tweets defamatory?

In order to establish a claim in defamation, Ms Monroe’s lawyers had to show that the meaning of the tweets would tend to have a substantially adverse effect on the way that right-thinking members of society generally would treat Ms Monroe.

Anticipating charges (subsequently made) that his decision would be portrayed by Ms Hopkins and her supporters as tantamount to an attack on freedom of speech, Mr Justice Warby emphasised that “the demands of pluralism in a democratic society make it important to allow room for differing views to be expressed without fear of paying damages for defamation. Hence, a statement is not defamatory if it would only tend to have an adverse effect on the attitudes to the claimant of a certain section of society.”

With that said, Mr Justice Warby had no difficulty in deciding that the meaning of Ms Hopkins’ tweets was defamatory as they would lower Ms Monroe in the estimation of “right-thinking people generally“. In support of this conclusion, Justice Warby simply stated that defacing a public monument is a crime, and that society as a whole would view both illegal acts and showing disrespect to those who gave their lives in World War II as deplorable.

The Defamation Act 2013 introduced a new hurdle for defamation claimants; statements are only actionable if they cause or are likely to cause ‘serious harm’. On this question, Mr Justice Warby found that “the tweets complained of have a tendency to cause harm to this claimant’s reputation in the eyes of third parties, of a kind that would be serious for her.”

Amongst the factors influencing the judge on this point was the extent of the tweets’ publication on Twitter. Ms Hopkins’ argument was that as the first tweet was an ‘at reply’ tweet (i.e. a tweet which begins with the Twitter handle of the recipient), only Twitter users who followed both Ms Hopkins and Ms Monroe would have received this tweet, a number that the defence estimated at just 140. Notwithstanding this fact, the judge decided that the probable audience to the tweet was in the region of 20,000. In deciding this, the judge considered that the tweet was available on Ms Hopkins’ home page for 2 hours and 25 minutes, and that as Ms Hopkins received 5.74m direct profile views in May 2015, this time period equates to roughly 25,000 impressions. Although this figure is not exact as not all those Twitter users to whom the tweet was accessible will have actually read it, given that potential impressions do not take into account views through retweets, an audience of 20,000 was decided as an acceptable estimate.

In a tactic that was presumably sensitively explained to their client, Ms Hopkins’ lawyers also sought to defend her by undermining her credibility – by their formulation, she was simply an unauthoritative voice in the “Wild West” of social media and her remarks could therefore not possibly cause serious harm to somebody’s reputation. This argument was rejected by Mr Justice Warby, who noted that Ms Hopkins was a “well-known figure” and that she was a newspaper columnist for the Sun at the time.

Finally, Ms Hopkins’ lawyers argued that serious harm could not be established due to her tweet of 2 June 2015 admitting that a mistake had been made. However, just as the first tweet was an ‘at reply’ tweet, and would only arrive on the timelines of their 140 mutual followers, so was the tweet admitting Ms Hopkins’ error. Furthermore, Mr Justice Warby noted that this tweet was unsatisfactory as an apology because of four key factors:

The judge’s comments have implications for social media defamation claims in both the detailed methodology used to discern the extent of publication and the rejection of the idea that certain users of Twitter are not authoritative sources who can cause serious harm to reputation by their comments. If comments are made in error, Mr Justice Warby’s judgment makes it clear that a swift, conspicuous and clear apology is the most effective way to minimise the risk of claims. Indeed, in his closing remarks he also made it clear that the case could have easily been resolved if the open offer to settle for £5,000 had been accepted.

Additionally, the judge observed that a difficultly arose because the first tweet had been deleted and that Twitter Analytics (a tool used to measure a user’s impact on Twitter) was therefore unavailable to accurately determine the scale of its distribution. He also highlighted that many supposedly abusive tweets to Ms Monroe were automatically deleted by a piece of software which she used to remove offensive and threatening tweets from ‘trolls’. As he highlighted, it is “the responsibility of a litigant to retain and preserve material that may become disclosable,” and the responsibility of a solicitor to ensure that their client appreciates this.

This judgment certainly seems to suggest that libel cases born of Twitter scuffles are likely to become more commonplace… Since the judgment, Ms Hopkins loudly claimed that she intended to appeal, complaining in characteristically colourful language that in her view the threshold for ‘serious harm’ has been set at too low a level.

However, on 29 March 2017, Mr Justice Warby handed down a ruling made in relation to an application by Ms Hopkins (without hearing) for permission to appeal to the Court of Appeal the decision to award Ms Monroe damages of £24,000. Permission to appeal was fundamentally denied on the basis that Mr Justice Warby did not have jurisdiction at that late stage. Notwithstanding this, he added that he would have refused permission in any event since he deemed such an appeal would lack “a real prospect of success” and there was “no other compelling reason for an appeal to be heard“. Ms Hopkins has been ordered to pay £107,000 towards Ms Monroe’s legal costs, with a final costs figure yet to be assessed.

It remains to be seen whether Ms Hopkins will stick to her guns and pursue an appeal directly with the Court of Appeal. Watch this space…