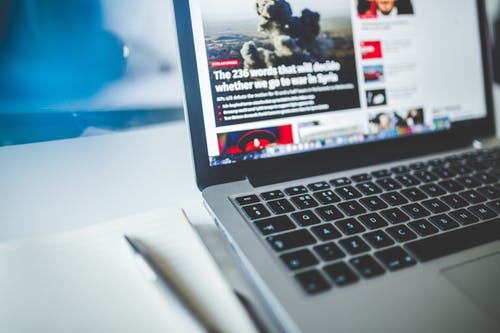 On 24 December 2019 the Tax Chamber of the Upper Tribunal in the case of News Corp UK & Ireland Ltd v HMRC found that subscriptions to online versions of newspapers should be charged at the zero-rate of VAT; just like the sales of the equivalent printed versions. In doing so, the Upper Tribunal overturned the decision of First-Tier Tribunal (Tax).

This means that previous understanding that online subscriptions must be charged at 20% VAT is incorrect. As a result, the judgment should give rise to claims to HMRC for overpaid VAT by those who supply online versions of printed newspapers, journals or periodicals, regardless of the nationality of the publication, provided it is supplied in the UK. Statutory time limits allow claims of overpaid VAT to go back four years.

Facts of the News Corp case

News Corp UK & Ireland Ltd (the Appellant) publishes The Times, The Sunday Times, The Sun and The Sun on Sunday. The supply of newspapers is zero-rated for the purposes of VAT by virtue of Section 30 of the Value Added Tax Act 1994, specifically Item 2 of Group 3 in Schedule 8 of the Act.

The Appellant contended that the term ‘newspapers’ in Item 2 should be interpreted as including online versions. HMRC disagreed and the First Tier Tribunal found that, although online versions were indeed similar to printed versions, the legislation did not extend to online newspapers.

The Upper Tribunal agreed with the First Tier-Tribunal’s finding that online versions were essentially digital versions of the newspaper, being periodic edition-based publications.

The Upper Tribunal acknowledged that VAT zero-rating provisions should be construed strictly (in order to avoid the zero rate being abused by suppliers). However, the Upper Tribunal determined that this did not prevent the principle in statutory construction of ‘always speaking’ from applying to technological advancements in curated news (i.e. the law should be interpreted and applied to the world as it exists today). Although the original VAT legislation had not foreseen the advent of online newspapers, Parliament’s purpose in zero-rating newspapers could be assumed to have included online versions.

Update Due to COVID-19 Pandemic

On 30 April 2020 HMRC confirmed that plans to extend zero-rating to electronic publications, as first announced at Budget 2020, had been brought forward from 1 December 2020 to 1 May 2020. This is in response to the COVID-19 pandemic and the associated increased demand for access to online resources while people are encouraged to remain home. The zero-rating will apply to electronic versions of books, newspapers, brochures, journals and leaflets. However, this will not include items that are predominantly devoted to advertising, audio or video content.