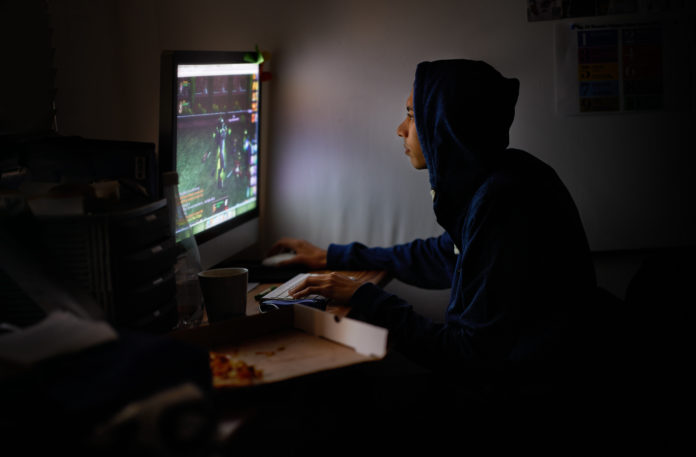 Betting has always been inextricably linked to sport and the burgeoning world of esports is no exception. But out of this rapidly evolving space has emerged a new craze that is taking the gaming world by storm – skin betting. Not as quite sinister as it might sound, skin betting is a novel way for gamers to bet on esports matches and other casino games to win up to $1000’s per go. The problem? The majority of the outfits offering these services are entirely unregulated and open to unhindered use by young people who are not legally permitted to gamble.

This trend is very much uncharted territory for gaming lawyers. We take a look at how it has gathered such traction in the gaming community and the legal implications.

Skins entered the world through the computer game Counter Strike: Global Offensive (CS:GO). In the game, players can win and buy “skins”; colourful covers to decorate their weapons. Some skins are rarer than others and by consequence become more valuable and this has led to a ready market for their trade.

The term “skins” has broadened since the inception of CS:GO and is now used more generally to refer to tradable in-game items including characters, clothing or even virtual stickers from a wide variety of different computer games.

How have skins become a valuable commodity?

Skins can be traded on the Steam Community Market. This is a digital market place where skins can be traded for virtual currency with other game players. The seller can select the skin he wishes to sell and then list it on the market for a price of anywhere up to $400. Naturally the rarer the skin, the higher its value.

Users can add credit to their Steam accounts by either selling skins to other users or by purchasing additional credit with real money. Steam then takes a commission of between 5-15% on each skin trade. To put the scale of this market into context, research company PrivCo estimated that Steam made $1.6 billion in revenue in 2013: that’s a lot of trades.

How do players bet with skins?

The Steam market allows players to transfer their virtual possessions to third party sites which offer gambling facilities. Skins can then either be gambled themselves or traded for tokens to place bets on anything from esports matches, to lotto style games or even roulette and blackjack.

If a player is successful, they can convert their tokens back into skins for trade on the Steam market or on some websites, for cash.

What issues arise from skin betting?

These gambling websites are often neither licenced nor regulated like normal casinos. There are also question marks over the adequacy of age checking and geo-blocking measures on many of the websites. As it happens, many of the players gambling online are minors and are therefore playing illegally. Michael Taylor from Oceanic CS:GO (a forum for fans of the game) commented,

“There is no difference in what they’re [children] doing to going to a casino, except it’s illegal for them to go to a casino.”

What was initially seen as a way of enhancing participation has actually reduced the number of players. The buzz of the wager has surpassed the enjoyment of playing the game itself. Not only is this damaging to the gaming industry but it is opening the eyes of young people to a dangerous world.

How many players are actually skin betting?

Due to the nascent nature of this industry, it is difficult to say with certainty how many people are skin betting. According to a Bloomberg article, CS:GO alone has sold over 21 million copies and any number of those players could be gambling with skins.

According to research firm Eilers & Krejcik Gaming, more than 3 million people wagered $2.3 billion worth of skins on the outcome of esports matches in 2015.

Esportsbettingreport.com estimates that the total value of in-game items gambled in 2016 will amount to $7.4 billion, with $3.3 billion of that generated by esports bets alone.

In March this year, a single match between teams Luminosity and Fnatic drew nearly $1.2 million in bets.

What are the legal implications of skin betting?

This is still very much a grey area and also territory dependent. It seems the crucial question is whether the wagered item can make the leap from virtual currency to real world money, i.e. if the skin betting platform is structured in a way that allows the player to transfer their virtual funds into cash.

In the US case, Mason v Machine Zone, the judge ruled that a “wheel of fortune” style game with valueless chips could not be classified as gambling. He stated, that comparing virtual gold to real money was a “whimsical undertaking” with no place in a federal court. He reasoned,

“The money had been transformed into valueless play money – she [the claimant] was not betting real money but valueless virtual gold. The money was not possible to convert back into real money… The loss occurs when the purchase using something of real value (cash) for something of no value save for within the virtual community.”

The Steam market operates in a similar manner to the game in Mason v Machine Zone, as it is not possible to transfer real cash out of the platform. Players pay money into their accounts for nothing more than a fleeting moment of enjoyment, knowing that it cannot be transferred back.

However, distinctly and importantly, it is possible to transfer skins from Steam accounts to third party gambling sites and from there into cash, and it is this that distinguishes skin betting from the situation in this case.

What does the future hold for skin betting?

Given the dearth of legal precedent in this area, it is impossible to say with certainty how this activity will be treated by the courts. However, the more platforms that allow for the transferability of virtual skin winnings to real money, the more likely it is that regulators across the world will seek to regulate this activity.

“What it really does indicate is the movement of virtual items being used as [having] monetary value and that’s a trend we’re likely to see continue as more and more things are done online and virtual objects are starting to have a value to people both online and offline”.

If these websites continue to operate without taking adequate measures to protect vulnerable users, then it is likely that new legislation will be passed before long. Best practice would therefore be for skin betting websites to take a responsible stance by implementing measures to protect users and underage players, or risk being shut down.