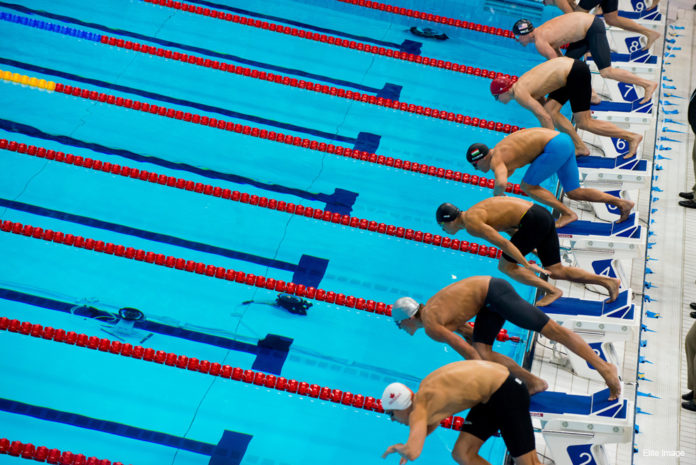 Looking at what are probably the four biggest sporting events this summer, each of the organisers demonstrates a different method of constructing a sponsorship programme.

Turning to the regular summer sports, the England and Wales Cricket Board has appointed one brand, Investec, as its primary or title sponsor of the Investec Test Series against Sri Lanka and Pakistan, and granted that sponsor the most significant inventory of branding.

On the other hand for the Championships, Wimbledon, the All England Lawn Tennis and Croquet Club has long-standing relationships with two key sponsors which are very much reflective of the services those sponsors are able to provide to the club (IBM in respect of IT, and Rolex regarding timing).

Are there any particular rules surrounding the use of an athlete’s image?

As a matter of English law at least, there is no such thing as a standalone ‘image right’, and an athlete will need to rely on a patchwork of other legal rights to provide some protection against unauthorised use of their image. These other rights potentially include:

However, when entering into any form of endorsement agreement with an athlete, a sponsor should also be aware that sporting rules and regulations may contain additional provisions that preclude an athlete from authorising any personal endorsement activities during a certain period around an event. For example, bye-law to Rule 40 of the Olympic Charter provides that:

“Numerous athletes have been subject to various disciplinary sanctions for making inadvisable statements on social media sites, and a number of sports teams and organisations now hold regular media training sessions for athletes in an attempt to limit these instances. However, a sponsor will also wish to ensure that any ‘integrity’ clause in its contract covers statements on social media.”

Does the advent of social media sites, such as Twitter throw up any difficulties?

An interesting issue in the context of the discussion surrounding the exclusion of the Russian team from the Rio Olympics, is the extent to which a sponsor should be entitled to seek protection under their agreement with an individual athlete if the athlete’s team (but not the athlete themselves) is subject to sanction. Ultimately, this will very much be dependent upon the respective bargaining powers of the parties.

Athletes will generally be very reluctant to include in endorsement agreements warranties relating to good conduct, which could potentially expose them to damages claims if breached. However, sponsors will generally always insist on a right to terminate the arrangement if they believe the conduct of the athlete has caused, or is likely to cause, damage to the reputation of the sponsor or its brands.

In recent years, when a high profile athlete or team has been subject to accusations of impropriety, the spotlight has increasingly been turned on the reaction of their sponsors.

What contractual protections are sponsors and partners afforded where an athlete or team misbehaves?

Although it should be noted this bye-law has recently been relaxed so as to allow National Olympic Committees to authorise certain types of ‘generic advertising’ that does not seek to associate itself with the Olympics. Athletes can face an array of sanctions if they fail to comply with these provisions, ranging from financial penalties to the ultimate sanction of being barred from competition.

‘Except as permitted by the IOC Executive Board, no competitor, team official or other team personnel who participates in the Olympic Games may allow his person, name, picture or sports performances to be used for advertising purposes during the Olympic Games’

Both sponsors and athletes should also take care when activating endorsement arrangements on social media sites. Sponsored tweets by several high profile celebrities and athletes—including footballers, Wayne Rooney and Rio Ferdinand—have fallen foul of the CAP code for failing to make it clear that they have been sent as part of a commercial relationship. Sponsored posts on social media should be clearly identifiable as an ad, for example by use of #spon or #ad at the end of the post.

What can organisers do to prevent ambush marketing?

As with image rights, there are no standalone proprietary rights to a sporting property as a matter of English law, and an organiser cannot claim an absolute legal right to all of the commercial revenues derived from an event, purely on the basis that it is responsible for staging it. The organiser will therefore need to rely on a variety of legal rights and mechanisms to protect its event against ambushers.

Some protection can be gained from intellectual property rights—for example, by registering key names, logos, mascots and the like as trade marks. The organiser will also need to ensure that it controls access to the venue—both physically and contractually through the use of ticket terms and conditions and media accreditations—so that it can prevent the unauthorised display of signage for brands other than official sponsors, and the unauthorised recording of event footage. The organiser will also wish to ensure that the sporting regulations governing the event place appropriate controls on athletes and officials, and that these are properly incorporated and binding.

What lessons can the Rio Olympics take away from the London Olympics with regards to these issues?

The organisers of both the Rio Olympics and the London Olympics are fortunate in that the IOC is sufficiently powerful enough that it is able to require governments wishing to host the Games to implement specialist Olympic legislation offering a level of protection that is not enjoyed by other event owners.

However, what the organisers of the London Olympics did particularly well was to combine this legislative protection with a programme of public education and discussion, aimed at persuading non-Olympic brands not to attempt to cash in on the wave of goodwill around the Games. The success of this programme—coupled with the deterrent of the legislation—meant that the level of ambush marketing at the London Olympics was much less than many anticipated.

First published on 7 July 2016 by Lexis Nexis as part of their “Summer of Sport” series and reproduced with the kind permission of the publishers. For subscription enquiries call 0845 3701234.