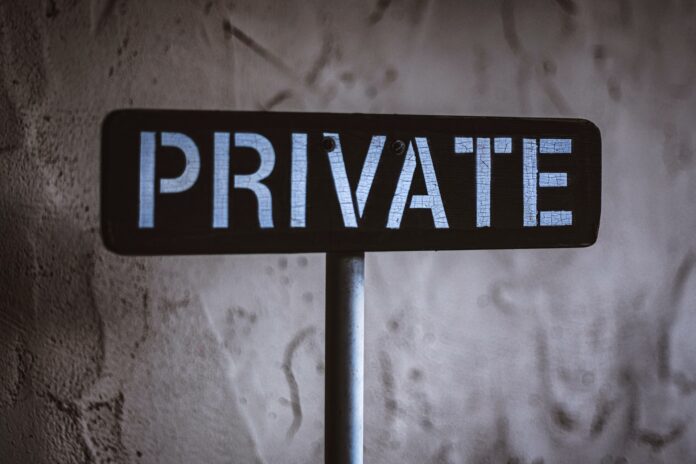 Two events in the last months of 2021 have drawn attention, from a legal perspective, to these fundamental rights. Firstly, the Pandora Papers revived a debate on the balance that should prevail between the fundamental right to privacy (in its aspect of secrecy of communications) and the fundamental right to freedom of expression and information (including its aspect of the right not to reveal one’s sources). However, a very different debate has arisen as a result of the recent release of the biographical film (or biopic) “The House of Gucci” directed by Ridley Scott and the legal actions taken by the family involved in it, in relation to the need to obtain the consent of the people who appear in this type of content.

Below we will address both debates independently.

As we know, the Pandora Papers is the name given to the journalistic investigation carried out by the International Consortium of Investigative Journalists which, based on a large leak of confidential documents, revealed tax irregularities committed by various well-known faces through the use of offshore companies.

In particular, the debate on the fundamental rights at stake in the context of the above investigation stems from the way in which the journalists allegedly obtained the disputed information, as the legality surrounding its acquisition seems to be (for the time being, at least) questionable. Apparently, this documentation was obtained through more than a dozen law firms involved in the creation of the aforementioned tax structures and related advice. However, given the precedents we have (e.g.WikiLeaks), it is conceivable that it was not the law firms themselves who revealed the information, but that it was obtained through unauthorised computer access to their confidential information, something that would have been revealed to the journalists at the time the information was offered to them.

While it is true that journalists are granted the right not to reveal their sources as an integral part of the fundamental right to freedom of information (this being raised as a means of forming public opinion on matters of general interest) (art. 20 CE), it is no less true that the right to secrecy of communications protects communications between individuals as an essential element of the right to privacy (art. 18 CE, paragraphs 1 and 3). You cannot also forget that the violation of the duty of confidentiality and professional secrecy that presides over lawyer-client relations entails a breach of the right, also fundamental, to effective judicial protection (art. 24 EC).

It should be remembered that journalists and media professionals cannot publish news to the detriment of the fundamental rights of third parties merely because it is truthful information in the public interest, in an attempt to simply make prevail the right to information (which protects both the fact of communicating and the fact of receiving information). In other words, it is not possible to rely on the right to freedom of information or on the much-used weighing of the rights at stake (established by constitutional jurisprudence when analysing a collision of fundamental rights) when information is disseminated in the knowledge that (i) it involves a breach of constitutional rights (such as the right to secrecy of communications or to effective judicial protection), and/or (ii) the information is the result of an unlawful act.

This is indeed how the Spanish Constitutional Court understood it. Indeed, in its well-known Order 129/2009 of 4 May 2009, it concluded that, having proved that the information in question had been obtained in breach of the right to secrecy of communications and that the journalist in question had published the news item with knowledge of such circumstance, its dissemination could in no case be protected by the right to freedom of information. In its own words, “because, even if it were considered, abstractly, that the news transmitted was truthful and of public interest, analysing the context in which it is framed, it is not possible to disregard the way in which the information was obtained, as this would be as much as to perpetuate, by ignoring it, the original infringement of a cardinal manifestation of the right to privacy, This is the right to secrecy of communications, whose limitation, as is well known -except in exceptional cases-, is the exclusive power of the judicial bodies, which can only restrict it in a constitutionally legitimate manner in open proceedings and by means of a specially reasoned resolution.”

This is, of course, without prejudice to the constitutional protection granted to the right to freedom of information in our legal system, understanding such right not only as a fundamental right of citizens but also as “the recognition and guarantee of a fundamental political institution, which is free public opinion, indissolubly linked to political pluralism, which is a fundamental value and a requirement for the functioning of the democratic State” (see STC 104/1986 of 17 July 1986, Rec. 909/1985), and regardless of the fact that, as we know, when the information concerns a public figure or a public matter, the transgression is – in practice – more admissible. 1986, Rec. 909/1985). Also, regardless of the fact that when the information is about a public figure or a public issue, the transgression is -in practice- more admissible.

However, in contexts such as the above, the evidentiary problems related to the supposedly illicit origin of the information and the knowledge of this illicitness on the part of the media that publish it are evident, which becomes even more relevant if we include in the game the right to the presumption of innocence, conceived as the right not to be convicted without the existence of a minimum of evidentiary activity carried out with all the guarantees (see Constitutional Court Order 129/2009, of 4 May, and STC 340/2006, of 11 December). However, the above shows that the right to inform – like any other fundamental right – is not unlimited, and that its improper exercise can lead to legal, civil or criminal action, so that journalists and media professionals in general should consider all the elements involved before publishing sensitive information such as that disseminated in the Pandora Papers.

The clash of rights that has called into question the recent release of Ridley Scott’s latest film, based on real events, is of a different nature. As usual in this context, it comes about after members of the Gucci family have claimed to have felt aggrieved by the fact that they were not consulted by the production of the film, denouncing it as a brutal attack on the privacy and honour of both themselves and the heirs of the clan by publishing an image of them that is not only discrediting but also totally out of touch with reality.

It is thus necessary to clarify whether – as they claim – the production of the film should have sought the approval of the Gucci family, as well as to what extent the plot of a film can deviate from the reality of the facts.

Well, in general, it is not necessary to have the consent of the persons and heirs when planning a biopic, although, for obvious reasons, this is highly recommended (as we know, the existence of consent implies per se the absence of conflict). However, not everything goes. The right to freedom of expression and artistic creation (undoubtedly necessary in a work of fiction) that protects the production of audiovisual content cannot be considered as a carte blanche that allows any narration of the facts in an attempt to make the plot more attractive.

As we know, on many occasions productions receive numerous social criticisms that do not have a major impact or transcendence, as was the case with Patria (HBO), whose premiere was controversial due to an apparent sympathy with the pain suffered by members of ETA due to police abuses, or with Narcos (Netflix) as a result of the criticised good image offered of Pablo Escobar and drug trafficking in general. However, on other occasions, when the characters feel that their right to honour, privacy or their own image has been violated, they also go to court to defend it.

In order to resolve these conflicts, the courts will make the corresponding weighing judgement considering all the circumstances of the case in question, although they tend to be tolerant of audiovisual content involving public persons. However, the rule is clear: the consent of the persons involved is not required, nor is there any inconvenience in adding some fiction to a plot as long as the published content is not harmful to them. It is only punishable, therefore, to cross the line into the realm of libel and slander or infringement of the right to privacy of the retracted persons.

The end of the chapter featuring “House of Gucci” will not be known for some time yet. Nevertheless, the above highlights – albeit from a different perspective to that of Pandora’s Papers – the need to consider all possible scenarios when broadcasting and narrating through audiovisual content (such as a biopic) the real lives of people, regardless of their public relevance and the veracity of the facts being broadcast. The above analysis should be borne in mind without prejudice, of course, to the need to have a detailed and adequate Clearance Report and to take out errors and omissions insurance that provides sufficient cover for this type of possible infringements and illegitimate intrusions.