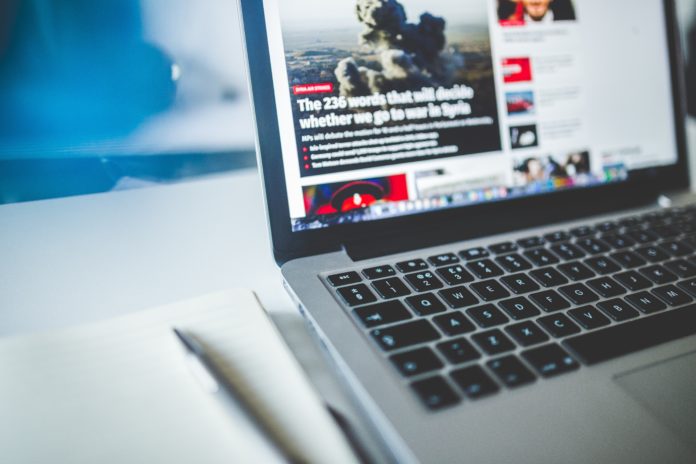 Just how big an issue is Fake News?

The presence of Fake News and online misinformation has become “almost overwhelming” according to Frans Timmermans, the European Commission’s Vice-President[1].

Indeed, Collins Dictionary awarded the term “word of the year 2017” for its “ubiquitous presence” in the English lexicon over the past 12 months. As a frequent feature of discussion in mainstream media (and Donald Trump’s Twitter feed – he recently claimed to have invented the phrase, disputed by Collins’ take on the etymology), the phenomenon is of great interest and concern not only to politicians and academics, but to anyone who consumes (and is therefore liable to be influenced by) news media.

Following concerns that Fake News may have influenced the results of the US presidential election (it’s been reported that 115 pro-Trump fake stories were shared on social media 30 million times and 41 pro-Clinton fake stories 7.6 million times), the use of social media to spread untruths is now being examined in detail across the world. As we previously reported, in a bid to limit the risk of undue influence in the lead up to their parliamentary elections in September 2017, Germany adopted the Network Enforcement Act which requires large social networks to monitor and delete any fake content (so long as it could be deemed as ‘illegal’ under the act) as soon as possible after it is published or face being fined. Meanwhile in the UK, the Electoral Commission and a House of Commons media committee have launched an inquiry into whether Russia has tried to meddle with British politics by “seeking to weaponise information” to influence both the election earlier this year and the Brexit referendum in 2016. Most recently, a government-backed research institute in Madrid reports to have linked Fake News on Catalonia with allegations of Russian influence in the Brexit vote, and claims that a calculated campaign featuring tolls, bots and fake accounts fuelled separatism.

Mindful of these individual national concerns that Fake News is threatening democracy, the Commission’s proposal to develop an EU-wide strategy represents their first attempt at a comprehensive and cohesive international approach, and its clear investment in the initiative brings into sharp focus the scale of the issue.

Timeline for building the EU strategy to tackle Fake News[2] 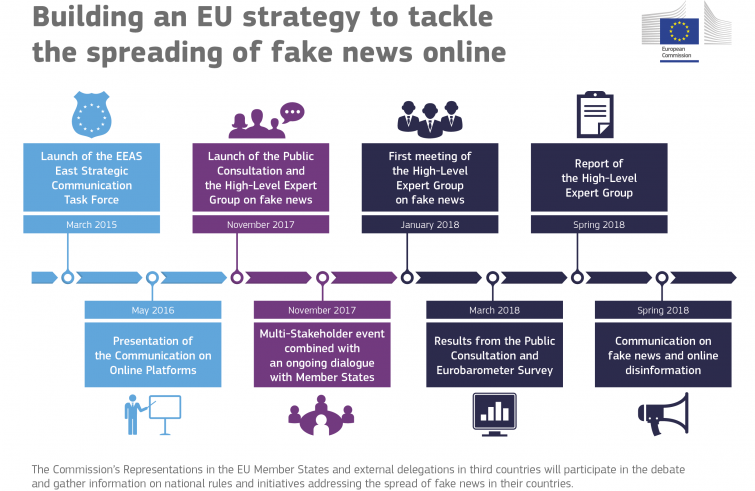 The consultation aims to collect views from all parties concerned by Fake News across the EU; citizens, social media platforms, news organisations (broadcasters, print media, news agencies, online media and fact checkers), researchers and public authorities are all invited to contribute before the deadline of 23 February 2018. Two questionnaires have been published online: one for citizens and one for legal entities and journalists.

Its stated central purpose is to assess the scope of the problem and the effectiveness of voluntary measures that have already been put in place by industry giants (think Facebook, Google, Twitter, etc.) to prevent the spread of disinformation, following on from its Communication on Online Platforms in May 2016[3] which encouraged the industry to step-up its voluntary efforts. In particular, the Commission hopes the results will identify the actions that could be taken at an EU level to equip citizens with effective tools to identify reliable information, whilst at the same time encouraging media consumers to adapt to the challenges of the digital age. The consultation’s aims can be divided in three:

It’s important to note that the consultation only addresses Fake News and disinformation online where the content is not ‘illegal’ as such (i.e. involving any incitement to hatred, violence, terrorism or defamation, etc.) and which is therefore not already covered by EU or national legislative and/or self-regulatory actions.

Simultaneous to the consultation, the Commission has issued a search for relevant individuals to take part in a High Level Expert Group to advise on all issues arising in the context of fake information spreading across traditional and new media, and how to deal with its social and political consequences.

In particular, the group will be called upon to[4]:

As far as possible, the Commission aims to recruit a balanced range of experts and include several representatives from each relevant field of expertise (i.e. academia, journalism, press and broadcasting organisations, civil society organisations and online platforms). Applications to take part in the expert group are due by 11 December 2017, with a view to the first meeting of the group taking place in January 2018.

Taking on Fake News – how hard can it be?

In launching the public consultation and High-Level Expert Group, the Commission considers that the first crucial step to tackling Fake News is to hear the voices of the people and organisations that are affected by it. Only then can it develop an effective, centralised, strategy that aims to address the problems facing journalism in the current news landscape and define the role and responsibility it would seek from digital (and in particular, social) media providers.

Implementing such a strategy, whilst at the same time balancing fundamental principles such as freedom of expression, media pluralism and the right of citizens to reliable information, is no mean feat. Although the precise form the actions will take remains to be seen, one thing is certainly clear – Fake News is being taken seriously.

The results of the initiative will be announced in Spring 2018.

[4] EU Commission News Article dated 12 November 2017 – Call for applications for the selection of members of the High Level group on Fake News.