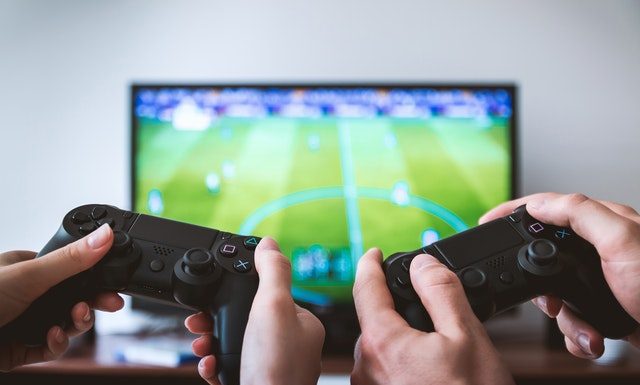 You might have seen esports for the first time online or even on TV. Or you might be a passive follower who engages more in the current live sports void. Or you might just be a gamer who is bristling at your beloved niche going mainstream. Either way, we can all agree, esports is hot, right?

OK. Real talk. Yes, more people are engaging with it and talking about it. But is the business of esports really any more valuable than it was two months ago?

The point? Do your homework. Look at fundamentals. Focus on real value and, please, understand what you’re getting into before you mistakenly buy stock in an obscure Chinese phone parts company with a market cap of US$18m (the real Zoom is around $40bn, FYI).

And the truth is the fundamentals of the esports business aren’t necessarily as rosy as the hype suggests.

That is, unless you are a publisher. Publishers still rule the roost. They are the king and most of everyone else serves at their pleasure (see here).

This means that, while there is a lot of hype about the media rights value of esports (mainly generated from those who are used to selling “traditional” sports rights), the cold hard reality is that media rights is not and will not be the main revenue stream in esports. Paywalls and subscriber models for content distribution simply aren’t of interest to publishers (see here).

What they are interested in is reach and exposure. Why? Because publishers make more – much more – by selling in game items than they do from media rights. To put it another way, the revenue incentives compared to “traditional” sport are reversed. Does the NFL make money from selling jerseys or replica footballs? Sure. But the money it makes is peanuts compared to the $5bn or so a year it makes from media rights (see here). In esports, the revenue pyramid is inverted. Media rights money is usually there to cover marketing costs for the game. The real prize for publishers is gamers old and new engaging with the game itself and buying more in-game items.

This means that event organisers who are not also publishers are struggling. Hosting events is difficult, but, most importantly, it is expensive. Players expect high prize pots – which typically come at least partly out of the organiser’s pocket – and competition amongst organisers is unforgiving (see here). It is incredibly difficult for stand-alone event organisers to be profitable when they do not receive a cut of the revenues from the publishers who reap the rewards of in game-purchases of the games the event organisers promote.

The naysayers will also point to the fact that the business of esports is much more heavily reliant on offline events than people generally imagine. ESL One, IEM, TwitchCon, BlizzCon, The International and the League of Legends World Championships are huge annual events which drive engagement and direct and indirect revenue for the organisers. They are real, tangible focal points for a fan base distracted by the plethora of clutter online. This is why would-be sponsors still place a premium on offline activations to gain deeper affinity with fans, meaning online advertising rights are still seen as part of the package rather than the whole pie. In short, other than the aforementioned in-game purchases, driving revenue and engagement from casual observers in a purely online environment is incredibly challenging. And, as always, it is the publishers who take the lion’s share of what online revenue there is.

This dearth of offline opportunities in the current crisis means that, just like everyone else, the business of esports is not unaffected by COVID-19. It is perhaps hit less hard, but it is still feeling the pinch.

You might read this and ask, is anyone other than publishers making money then? Well, yes. The teams at the very top of the tree are probably doing pretty well, primarily as a result of high value sponsorships with non-endemic brands (see here). And individual gamers/influencers seem to be doing pretty well too (see here). But the apple does not fall far from the tree, and the “trickle down” of revenues into other areas and businesses is still the exception rather than the norm.

So should you buy a shovel and dive headlong into the esports gold rush? Perhaps. But before you do, please make sure you do your homework.