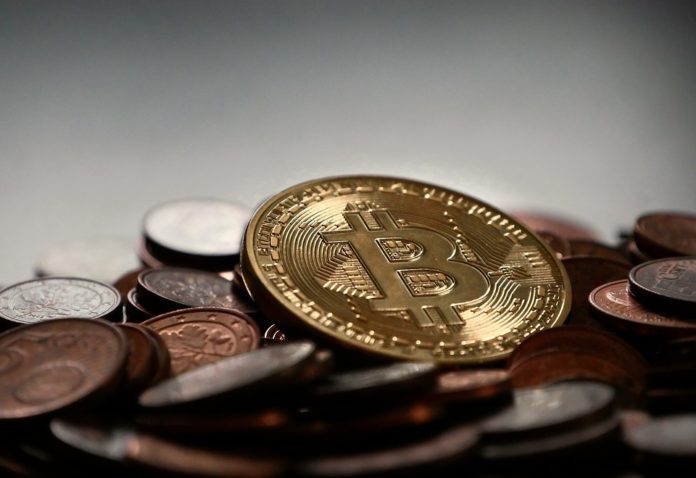 Throughout 2017 Initial Coin Offerings, or ICOs, have developed as a popular new form of fundraising. The ICO trend in the market place has snowballed throughout 2017 with millions being raised by companies offering ICOs – in September; Protocol Labs completed an ICO raising more than $250 million for its data storage cryptocurrency Filecoin. So how does this new form of fundraising work and why is it relevant to the media sector? In order to understand how an ICO works we first need to understand blockchain.

Blockchains are the core technology at the heart of the most recent trend in digital currencies, known as cryptocurrencies. At the simplest level, a blockchain is a secure list of records (a ledger). However, rather than being stored in one single place, the ledger in a blockchain is broadcast by a network of computers using cryptography (mathematical methods of encrypting and verifying information) to ensure that all the computers in the network have the same version of the ledger. When making a transaction using blockchain, you request that a new record “block” be added to the blockchain. Once the blockchain has been updated to include your record, it is broadcast to the network, and the new version of the blockchain is accepted across the entire network. This means that once a transaction has been added to the blockchain, it is almost impossible for it to ever be removed – a malicious entity would have to solve some incredibly difficult cryptographic problems, and do so faster than the rest of the network combined in order to remove it. For this reason, the ledger is incredibly hard to change once broadcasted successfully and this becomes even more secure once subsequent transactions are added on top. Blockchain can essentially securely record any transaction of value in a “trustless way” (although programming errors have led to one or two security breaches).

Due to the “trustless” nature of blockchain technology and the removal of third party intermediaries, one of the latest trends to develop using blockchain that is utilised by all sectors of industry, including the media sector, is fundraising through ICOs.

What is an ICO?

It’s easy to hear ICO and think IPO (initial public offering). Although there are some similarities, these two offerings are different. In a traditional IPO, the share capital of a company is offered to the public via a regulated listed stock exchange, whereas in an ICO, cryptocurrencies (a digital or virtual currency that uses cryptography to validate and secure transactions) are created and sold. The cryptocurrencies can be sold either for a traditional currency, such as USD or, more commonly, for a more widely-available cryptocurrency, such as Bitcoin or Ethereum. These cryptocurrencies (whose units are often referred to as tokens) can have a service or promise attached to them: these are currently extremely varied, as companies experiment with different concepts to test the response of the market. Early currencies such as Bitcoin and Ethereum provided a new way to transfer money securely, while companies are now ensuring the value of their cryptocurrency by providing access to a market or a service in exchange for tokens. For example, in the case of Protocol Labs’ distributed file hosting network, users need Filecoin in order to access the network. The price of the token rises and falls with usual market forces, responding both to the value of the underlying service (as users acquire tokens to partake in the service) and to market speculation.

What are the positives?

Cryptocurrencies record transactions on a blockchain, which allows transactions to take place securely, without the need for mutual trust between two parties. Using blockchain technology means that a global list of transactions is published publicly– and so, when completing a transaction, both buyer and seller can confirm that money has been transferred by inspecting the public ledger. Also, additional promises can be attached to transactions, allowing for more complex agreements to also be confirmed by the blockchain.

For businesses seeking to raise money via ICOs, cryptocurrencies provide a means of raising large amounts of money quickly, and without the need to undergo share dilution. It can also raise these funds with speed and ease; companies do not need to put themselves through the usual lengthy and costly processes applicable to an IPO process.

Legality and regulation: ICOs are largely unregulated and the legalities surrounding them are not clearly defined. Different jurisdictions have taken different stances and on the 4 September 2017 China’s central bank banned all ICOs and demanded that all money be refunded, as reported here (although there is speculation that this ban may only be temporary). South Korea has followed the example of China and also banned ICOs. Other jurisdictions such as Singapore have contemplated regulating ICOs provided certain requirements are met, and in Australia ASIC issued guidance on ICOs in September – in October the country saw its first successful ICO raise $34 million.

When launching an ICO, companies publish what is known as a white paper, which essentially outlines the coin or token’s characteristics, the problem, the solution and product, the team and the token deployment plan. Investors are given a chance to read the white papers and ask questions, but as the paper is unregulated there are risks that it could be misleading.

Other concerns include the volatility of the market and price, as well as the lack of investor protection (most ICOs are not regulated by the Financial Conduct Authority and many are based abroad). On the 12 September 2017 the Financial Conduct Authority published a statement outlining the risks of ICOs. Most recently, on the 13 November 2017 the European Securities Markets and Authority published a statement highlighting the ICO risks for investors and firms.

Another concern is that people can lose access to their “wallets” forever. Wallets are essentially virtual bank accounts where the tokens are “stored”. In the cyrptocurrency world, if you forget your password, then the access to the wallet and your funds are lost forever, whereas if you lose your physical wallet then you can still go to the bank and access your funds.

In addition to this some fairly notable security flaws have been exposed, including a case where a group of hackers gained access to a wallet containing roughly US$30 million in Ethereum by exploiting a software vulnerability.

Are media companies following the trend?

Blockchain has already had an impact on the media industry, in particular with regards to digital rights and royalty payments. Now it is set to impact the means in which funds are raised.

Similarly there are gaming companies that are creating tokens in the form of “gaming credits” (a currency that allows gamers and developers to buy and sell games), or currencies that are required to purchase in game features and upgrades. One company combines gambling and gaming; it offers betting on e-sports using Unikoins, and also allows you to earn tokens by playing online games.

Entertainment companies are also jumping on the trend and are challenging the film and music industry by utilising the transparency that blockchain creates. 21 Million closed an ICO at the end of June for the first blockchain-funded TV series, whilst Ujo Music allows the proceeds of a song purchase to go directly to the artist.

Not only are media companies raising funds through ICOs, but celebrities have been promoting and endorsing ICOs. On the 1 November 2017 the SEC released a statement warning that some of the coins being sold in ICOs may amount to securities, and as such the endorsements may be unlawful unless the celebrities “disclose the nature, scope, and amount of compensation received in exchange for the promotion.” In addition to this promoters may also “…be liable for potential violations of the anti-fraud provisions of the federal securities laws, for participating in an unregistered offer and sale of securities, and for acting as unregistered brokers.”

With over $3 billion being raised in ICOs this year and the trend becoming even more popular it is easy to see why more businesses are using this as a way to get access to funds quickly, and why celebrities are taking advantage of this in a world of influencers. Although there have been various developments regarding regulation in various jurisdictions and warnings from various financial authorities, this is undoubtedly an involving area and one where we can expect to see further changes due to the potential value of ICOs.

Keep an eye on MediaWrites for further updates on the ICO trend.