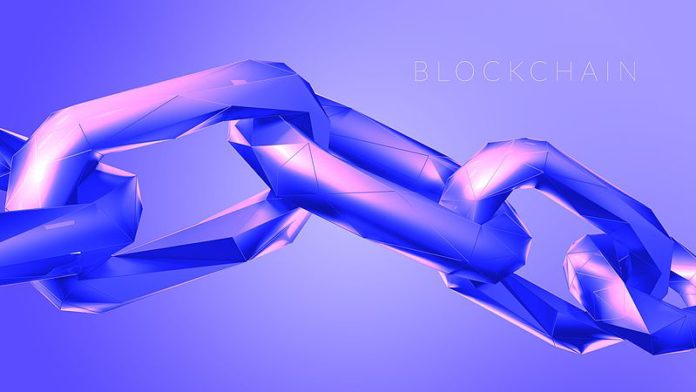 What is a blockchain?

At its core, a blockchain is a distributed database (meaning a database that is not stored centrally, with duplicate copies on thousands of computers across the world) and which can record information, such as payment transactions, in a very secure way. Information is added to this database in so-called ‘blocks’, each of which contains a unique code, or hash, which is cryptographically generated on the basis of previous blocks and a timestamp. Once recorded, the new block is linked to the chain of all previous blocks in that chain. All future blocks will include references to this block as well as previous ones.

Click here for an insightful video by the World Economics Forum on the definition and possible uses of blockchain technology.

What are the benefits of blockchain?

Blockchain architecture has two key benefits: (1) it is practically immutable, as it is almost impossible to modify a block once it has been added to the chain – doing so would require you to modify all other blocks in that chain (otherwise the modified block’s hash would no longer be valid); and (2) it is a distributed database, meaning that its security is not dependant on any central server, authority, or organisation.

Blockchain is already being used to store all sorts of information, including:

How could blockchain-based technologies be used in the music industry?

Blockchain-based technologies could affect the music industry in a number of ways, such as:

Currently, identifying the owner (or owners) of copyright in a song is not always straightforward. Ownership may have passed through many different hands, or there might be different versions of a song, each with a different owner. A number of rights may subsist in the songs, including rights in the composition and the sound recording as well as performers’ rights and these do not always have the same owner. The fact that companies sometimes have to hire experts who specialise in tracking down copyright owners of a particular piece of music shows just how complex this task can be.

Blockchain technology has already been used to create secure databases of digital rights in music which allow for a song file to include all the relevant information, such as the identities of the performers, songwriters, producers, and publishers, as well as the song lyrics and musical composition, and details of the album cover art. Such information could be encoded into each digital music file in a permanent, immutable way, and the rightsholder could dynamically update this information immediately if anything changes. Platforms such as Ujo, Mycelia, and MUSE are already implementing this idea.

One of the downsides of using the blockchain for such applications is that there is currently no established standard database. For example, Ujo uses Ethereum, MUSE uses its own proprietary blockchain, bittunes (mentioned below) uses Bitcoin. Repositories containing information on music rights are not a new idea and have been attempted before, albeit without success, and it would likely require significant co-operation across the industry for blockchain-related technologies to succeed where others have failed.

Once a cinema, radio station, or TV producer has identified the copyright owner of a piece of music they would like to use, they must pay the royalties required by the relevant licence in order to use the music. In practice, it may take months before an artist or publisher is paid any royalties they are due. Although these time periods have tended to decrease in recent years, they remain an issue, partly because of the number of intermediaries involved in each transaction. In some cases, each intermediary will have their own, differently-structured proprietary database and payments system and the transaction has to make its way through each of these before it reaches its ultimate destination.

The information from a blockchain-based digital rights database could potentially be used to automate the payment of royalties. Certain blockchain-based technologies such as Ethereum can also run ‘smart contracts’ – meaning contracts which have their terms written in code and embedded into the blockchain – that can be set to automatically make payments to parties in blockchain-based currencies such as Bitcoin or Ethereum’s Ether if certain conditions are met. As a case in point, British singer-songwriter Imogen Heap released her 2015 album “Tiny Human” on the Ethereum blockchain.

An artist could, for example, set out the licensing terms in each music file so that when a particular song is played, the smart contract arranges for automatic and direct payments to be made in accordance with the terms of the digital licence for that song. As no intermediaries are involved in such payments, the transaction costs are very low and so-called micropayments, i.e. payments consisting of fractions of pennies, are supported. Such transactions could be completed in minutes (although verifying transactions currently can take anywhere up to 8 hours on the Bitcoin blockchain) instead of months. Furthermore, rightsholders could have access to reams of valuable real-time data regarding the numbers, age groups, and locations of the listeners.

The digital licence could go further by specifying the split of royalties amongst the different parties such as the artist, the producer or the record label and automatically direct the appropriate payment to each party. It could even split the artist’s share further so that, for example, each member of a band could get a certain percentage of the royalties.

Systems of this kind already exist in early forms, such as platforms like soundchain and bittunes, which allow fans to create an account and stream songs which have been uploaded by the rightsholders, who receive a payment automatically each time a song is listened to (soundchain pays artists $0.10 – $2 per stream – whereas Spotify is publicly reported to pay an average of $0.00437 per stream). Interestingly, soundchain goes further by allowing fans to share links to a particular tune and receive a share of the royalty payments if another user listens to it via the link, effectively resulting in a network of marketing and distribution consisting of their fans.

As the blockchain is a public ledger accessible by all, anyone can access details on royalty payments and figure out how royalties are split unless the payments are anonymised. Perhaps not all artists, producers, or record labels would be comfortable with that level of transparency.

This raises another question: how would companies comply with data protection obligations if the blockchain is immutable and publicly accessible?

It is not yet clear how governments intend to legislate for blockchain-related technologies and address their compatibility (or lack thereof) with existing regulatory frameworks (see for example the FCA Discussion Paper on distributed ledger technology). Regulatory acceptance might spur things along, helping parties deal with questions such as: what happens if you create a smart contract which contains a typo, leading to an unexpected result – could parties agree to resolve disputes in a blockchain-related arbitration? What happens if you make an incorrect payment – could you claim your money back? How will transactions that take place across jurisdictions that have different attitudes towards blockchain be dealt with?

It is not clear yet how, and to what extent, blockchain-based technologies might be adopted by the music industry or regulated by governments. While the technology is not fully mature (for example, there are no industry-wide standards and there are occasional issues with databases working beyond their capacity), it certainly has the potential to disrupt aspects of the music industry and give artists more control over the commercialisation of their music.