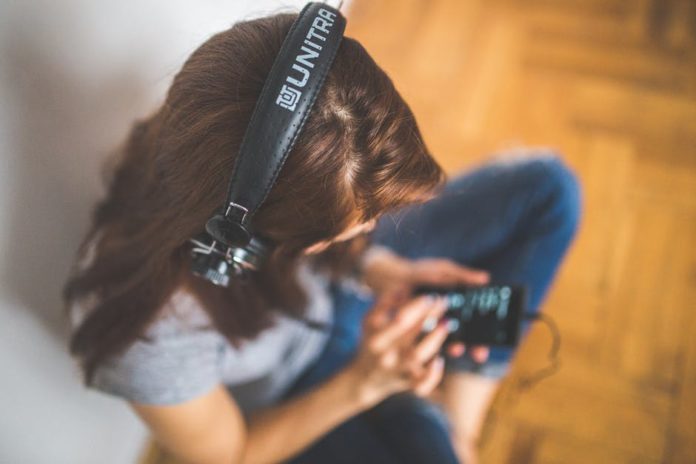 Press attention focussed on the disclosure of metrics that would have seemed fantastical when the streaming platform was launched in 2008: 71m paying subscribers, €4bn in revenue in 2017, and an annual growth rate of 45% over the past three years. The filing also revealed a loss of €1.2bn in 2017, although this number is artificially high as roughly €800,000 of the loss was due to the non-recurring expense of convertible notes issued to Tencent.

However, from a copyright perspective the filing was most notable for flagging the company’s struggle to properly pay mechanical royalties as a central risk to the business. As a result of inadequate metadata (the information attached to songs that discloses details such as the songwriters, their contact details and shares of the copyright), Spotify have been filing notices of intention (NOIs) in the USA in the absence of being able to properly pay rightsholders – sometimes even for musicians of the stature of Drake, Ed Sheeran and Talking Heads.

The web of rights

Before looking at Spotify’s use of NOIs, it’s worth setting out a brief overview of the complex world of music royalties. Although there is some level of variation between countries, the general picture is that royalties are divided into those that are attributable to the recording, and those that are attributable to the underlying musical composition.

Generally, an artist will assign their ownership of the copyright in the recording to a record label, who will then exploit the recording and ensure the payment of royalties to the rightsholders.

The copyright in the musical composition is originally owned by the writers of a song. This could be the members of a group, their producer, or (as is increasingly common in modern pop music) a third-party songwriter. Taking Talking Heads’ 1981 new-wave prototype ‘Once In A Lifetime’ as an example, all of the members of the group contributed to writing the song, as did their producer, Brian Eno, and as a result all five are credited as songwriters. Songwriters are then free to attribute different shares between themselves; they might have agreed that lead singer David Byrne had contributed 50% of the song, with the other three band members and Eno dividing the remaining 50% between them.

These rights in the musical composition are further sub-divided into two rights: the mechanical rights, and the public performance rights. The mechanical right refers to the right to physically press copies of a piece of music, referencing the method by which records were made and distributed when these concepts were established. In the context of digital streaming platforms, this process is now fulfilled by the digital streaming platform reproducing digital files of a song for delivery to the user.

The public performance rights are engaged whenever a cover of or a recording of that musical composition is publicly performed, as the performance (whether that be live or via a record) is of course based on the underlying songwriting. This system is designed to ensure that songwriters are justly rewarded; so that if Drake were to release a cover of ‘Once In A Lifetime’, not only would he need to obtain a licence to do so, but royalties would be due to Talking Heads and Eno as songwriters each time the cover was streamed. The rights in a musical composition are generally assigned to a publisher, who will then license a collecting society to recover the relevant royalties.

Given the complexity of this tangle of rights, the difficulties that streaming platforms like Spotify face are evident. Even in the case of well-known artists, the underlying rights in the song may be shared between multiple songwriters in varying proportions, and then licensed or assigned on to publishers and collecting societies. Platforms then face the responsibility of paying the right people, in the right proportions, for millions of works. It’s this struggle that Spotify cited in their filing as a key area of risk for their business.

Notices of intention to pay in the USA

Spotify’s full IPO filing (available online) notes that “comprehensive and accurate ownership information for the musical compositions embodied in sound recordings is often unavailable to us”. In the USA, they’re obliged to search the United States Copyright Office database to locate the relevant rightsholder, but this database often lacks full or up-to-date information. If accurate ownership information isn’t forthcoming, Spotify say that they file NOIs with the Copyright Office in order to obtain a compulsory licence. This notice entitles Spotify to reproduce the work under Section 115 of the Copyright Act, subject to them withholding the correct royalty, should it ever be claimed by the rightsholder.

A quick scan of the most recent NOIs at the Copyright Office reveals thousands of unknown, smaller acts with incomplete data, as you might expect, but also a handful of tracks that are burrowed in the public’s subconscious. There’s Curtis Mayfield’s soul classic ‘Move On Up’ (subsequently introduced to the following generation by Kanye West on ‘Touch the Sky’), Spandau Ballet’s watery tear-jerker ‘True’, and a clutch of tracks from Frankie Valli & the Four Seasons – all of which serve to highlight the extent of the problem. As Spotify note themselves, the seriousness of this situation for them lies in the risk of litigation, as it “may subject us to significant liability for copyright infringement, breach of contract, or other claims.”

That very real risk of litigation has been proven by Spotify’s experience over the past few years. The steady stream of headlines implicating Spotify in eye-watering damages claims have almost without exception concerned the alleged non-payment of mechanical royalties. Of these, the highest profile have been Ferrick et al v Spotify, Lowery v Spotify, Wixen Music Publishing v Spotify, and Gaudio v Spotify. Spotify settled Ferrick and Lowery together in May 2017 in a deal that provided a $43 million pool for songwriters whose mechanical royalties hadn’t been licensed, as well as paying the administrative and legal costs of the songwriters. Wixen, meanwhile, whose members include Neil Young and the Beach Boys, are claiming over $1.5 billion – Spotify note in their IPO filing that they “intend to vigorously defend the claims”.

Spotify’s broad response to these allegations is to highlight incomplete or inaccurate metadata surrounding songs as the central problem that both parties need to solve. To that end, Spotify reacted to these lawsuits by committing more money to solving this problem, including by creating a new, up-to-date song rights database. Additionally, Spotify have just announced the launch of their new metadata crowd-sourcing website Line In. This asks users to identify the moods and genres of tracks, but also is slated to provide users with the ability to update information about a track’s songwriters.

A more fundamental question was posed by the Gaudio lawsuit. Robert Gaudio, a songwriter and founding member of Frankie Valli and the Four Seasons, sued for non-payment of mechanical royalties in 2017. In response, Spotify issued a motion seeking to dismiss Gaudio’s suit on the grounds that it didn’t need to license mechanical royalties. As their argument went, Spotify didn’t reproduce each composition, they simply “streamed” them, thereby not engaging mechanical rights. This argument was thrown out by the court, with the National Music Publishers Association wading into the debate to state that they would intervene on the side of rights holders if the argument were put again. “I’ll be shocked if they try to raise that argument again,” NMPA President David Israelite told Billboard, “because they’ll be at war with the industry.”

These cases and Spotify’s reliance on NOIs in the USA both illustrate the central issue of incomplete or inaccurate metadata in the music industry. Spotify’s US struggles, whilst unique, are simply a lens to a global problem. US performing rights organisation ASCAP, the UK’s PRS for Music collecting society and Sweden’s STIM collecting society have all partnered with song data management hub Auddly in an attempt to solve this metadata problem by providing publishers and managers with accurate and complete information, down to the percentage split between songwriters. Meanwhile, bipartisan legislation in the form of the Music Modernisation Act is currently being steered through Congress in an attempt to improve the USA’s licensing system. As proposed, the legislation would introduce a new non-profit government agency to issue blanket mechanical licences to digital services and distribute to rightsholders, and confirm that mechanical royalties are due whenever a track is reproduced either physically or digitally (thereby permanently putting to rest the argument in Gaudio v Spotify).

Perhaps unsurprisingly, blockchain has also been touted by some as the innovation that could sweep away the industry’s metadata problems (see our previous article on blockchain and music). As a decentralised, public ledger based on proof-of-work, blockchain could theoretically provide an easily accessible and reliable source of songwriter details. There are currently many players attempting to figure out how this could work; JAAK are a UK-based company in the process of constructing a blockchain network that intends to prove ownership rights, and PRS for Music, SACEM and ASCAP are working with IBM on a blockchain called Hyperledger that aims to confirm the link between sound recording and the underlying musical compositions. Some, though, wonder whether a decentralised ledger would erode the collective bargaining power that collecting societies have previously wielded on behalf of their members when negotiating licensing deals with the likes of Spotify and YouTube.

Caution is certainly advisable, however exciting the progress being made. Recent years are littered by abandoned efforts; the Global Rights Database was backed by over 80 organisations until the effort unravelled in 2014, having spent more than $13.4 million; the World Intellectual Property Office’s International Music Registry effort has similarly faded. Nor does Spotify’s IPO and the resulting injection of capital necessarily promise change in itself. What their filing does confirm, though, is that amongst the lawsuits and counter motions, all parties are determined to redress the dysfunctional state of mechanical rights; as Spotify bluntly recognised, the cost of getting things wrong is a risk to their bottom-line, their relationships with rights holders, and ultimately their business.