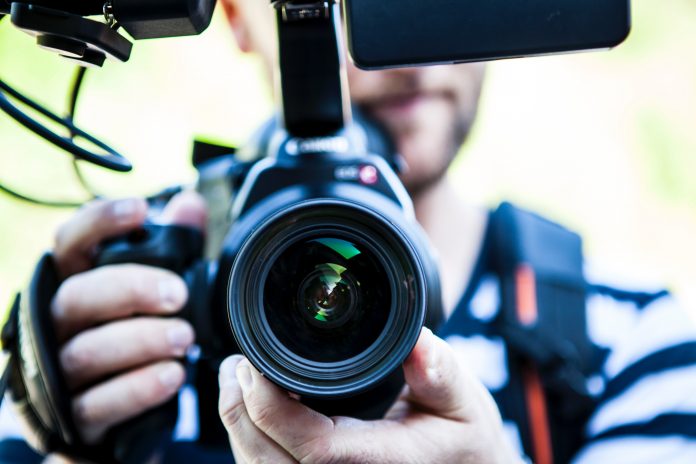 On the 18th July 2018, the High Court found that Sir Cliff Richard’s privacy rights had been breached when the BBC broadcast a police raid on his property in 2014 and named him as a suspect to an alleged historical sexual offence involving a minor back in 1985. Sir Cliff was never arrested or charged during an investigation that lasted almost two years. Mr Justice Mann found that Sir Cliff’s privacy rights had been infringed in a ‘serious’ and ‘sensationalist way’ by the BBC and he was awarded £210,000 in general damages, to be borne 35%/65% between the South West Yorkshire Police and the BBC respectively, on the conclusion that the BBC had caused the most damage.

The judgment has been widely reported as a landmark case for individual privacy rights and whilst Sir Cliff and his fans will celebrate the decision, the judgment casts significant doubt over the media’s ability to report on suspected wrongdoing. The BBC’s Director of News and Current Affairs described it as a “dramatic shift against press freedom and the long-standing ability of journalists to report on police investigations.” As the BBC’s pre-broadcast processes in this case showed, the naming of suspects had only previously been considered in relation to the defamation risk, but the judgment now makes it clear that the right to privacy is likely to provide stronger protection to suspected wrongdoers.

Sir Cliff’s rights to privacy stem from Article 8 of the European Convention on Human Rights, whereas the BBC’s competing rights arise from Article 10.

Article 8: Everyone has the right to respect for his private and family life, his home and his correspondence.

Article 10: Everyone has the right to freedom of expression, the exercise of which may be subject to such restrictions as are prescribed by law and are necessary in a democratic society, for various purposes, including the protection of the reputation or rights of others and preventing the disclosure of information received in confidence.

Where these two rights conflict, the court must carry out a balancing exercise between them. Therefore in this case, the court had to consider the following:

Did Sir Cliff have a reasonable expectation of privacy?

Mr Justice Mann ruled that as a matter of general principle, a suspect in a police investigation has a reasonable expectation of privacy and Sir Cliff was no exception. He acknowledged that it is understandable and justifiable for a suspect to wish others not to know of the investigation, although clarified that this is not to say that there is an invariable right to privacy.

He rejected the idea that a suspect’s legitimate expectation of privacy is removed when the police obtain a warrant to carry out a search of premises and said that the position was no different when the information is in the hands of the media. Regardless of who held the information, Sir Cliff had a reasonable expectation of privacy in relation to the investigation and the raid of his home.

Was the BBC justified in broadcasting the raid?

In the balancing exercise between Article 8 and Article 10, Mr Justice Mann considered the following topics, taken from the Axel Springer case:

Mr Justice Mann agreed that the sexual abuse of children was a matter of serious public concern but was not convinced that the BBC had this in mind at the time of the broadcast; the BBC were clearly overly excited by their ‘scoop.’ He added that “knowing Sir Cliff was under investigation might be of interest to the gossip-mongers, but it does not contribute materially to the genuine public interest in the existence of police investigations in this area”. Crucially, neither the police nor the BBC argued that Sir Cliff needed to be named to encourage others to come forward with similar allegations.

2. The public status of Sir Cliff and his prior conduct

The judge accepted (to a degree), that a person who has placed himself into public life has a diminished expectation of privacy. However, he acknowledged that such reduced expectations are not automatic and depend on the “degree of surrender, the area of private life involved and the degree of intrusion into the private life.” In this case, Mr Justice Mann didn’t believe that Sir Cliff’s public prominence or Christian beliefs reduced the weight of his right to privacy in respect of allegations of this kind.

3. The method of obtaining the information and its veracity

The veracity of the information was not at issue, for what the BBC published was accurate. The discussion focused on how the BBC obtained the information.

Mr Justice Mann found that information about the investigation was not merely volunteered by the South Yorkshire Police to the BBC, but was in fact provided out of fear that a BBC reporter who received the initial tip-off about the allegations might publish news of the investigation prior to the raid.

The judge also found that the BBC did not give Sir Cliff adequate time (he had around two hours) to exercise his right to reply in the circumstances.

The judge stated that the BBC went in for an “invasion of Sir Cliff’s privacy rights in a big way,” rather than coldly state the facts of the investigation. The BBC also prominently featured the story with plenty of drama, added by the helicopter footage of the raid and made the headline news of the day.

5. The severity of the sanction imposed

Mr Justice Mann concluded that a sanction in this instance would not have a chilling effect, notwithstanding the relatively high level of damages.

In striking the overall balance between the Article 8 and 10 rights, Mr Justice Mann concluded that Sir Cliff’s privacy rights were clearly not outweighed by the BBC’s right to freedom of expression. The consequences of the disclosure of such serious allegations for someone like Sir Cliff were very severe and the failure of the public to keep the presumption of innocence in mind would inevitably contribute to any stigma.

The judge emphasised that the BBC’s reporting of the investigation was already an infringement of Sir Cliff’s privacy rights, but had gone further by adding “drama and a degree of sensationalism by the nature of its coverage.” He concluded that the BBC was responsible for a “very serious invasion of privacy rights, which had a very adverse effect on an individual with a high public profile” and therefore the BBC were liable.

What are the implications for the media?

Surprisingly, this is the first case to directly address whether the media is entitled to name suspects in criminal investigations. Although the judge made it clear that he was not stating that suspects could never be named, the large damages award in favour of Sir Cliff will undoubtedly lead to much greater caution in future. The Director of News and Current Affairs at the BBC complained that the judgment “will make it harder to scrutinise the conduct of the police and we fear it will undermine the wider principle of the public’s right to know.” The Judge’s forensic examination of the exchanges between the various journalists and editors involved pre-broadcast will also send a shiver down the spine of any newsroom; significant criticism was directed at the excitable tone of those exchanges, which were relatively unsurprising in the context of a team that thought that it had a major scoop, but did not read well through the lens of judicial hindsight.

The judgement forms part of a wider debate about the reporting of the criminal justice process and the rights of suspects and offenders, previously seen in PNM/Khuja v Times Newspapers and others, where an individual failed in his application for an injunction to prevent the newspaper from identifying him in its report of a trial, where the Court had heard that he had previously been arrested but not charged on suspicion of committing sexual offences against children. Lord Sumption explained that there is no reasonable expectation of privacy in relation to information revealed at a public trial.

The interaction between the open justice principle and the right to privacy has also come into play in the recent ‘right to be forgotten’ trials (NT1/NT2 case) involving the removal from search engine results of material referring to a claimant’s criminal convictions. Since the original Costeja decision of the CJEU in 2014, Google says it has removed 800,000 pages from its results.

Will the BBC appeal?

The BBC applied for permission to appeal, claiming that it goes against liberty and press freedoms but their application was rejected by the High Court. Barrister Gavin Millar QC, who leads the BBC legal team, argued the damages awarded were “wrong in law” and added “the risk is a severe chilling effect on the freedom of the press in relation to reporting police investigations.” However the judge disagreed and concluded that an appeal did not have a real prospect of success and that there was no other compelling reason why Court of Appeal judges should consider the case.

The BBC are still able to seek permission to appeal from the Court of Appeal itself, but this is looking increasingly unlikely, amid reports that the corporation is concerned about public disapproval of any further legal costs.