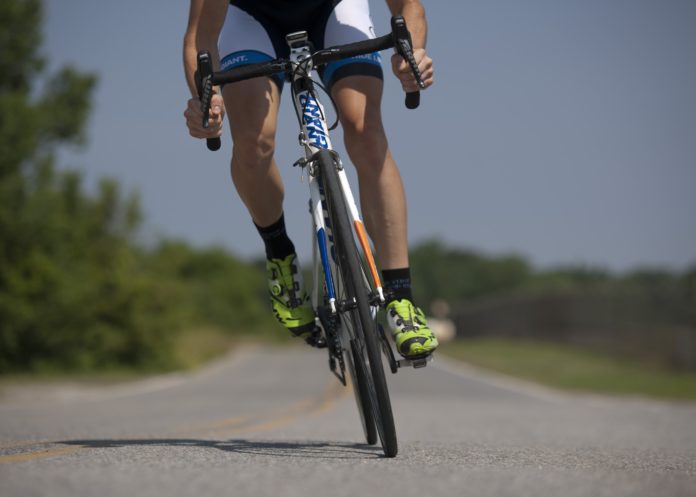 In recent years, mechanical doping has been a high profile issue in the sport of cycling. Mechanical doping, or ‘technological fraud’ as the Union Cycliste Internationale (‘UCI‘) refers to it, involves the use of a motor, electromagnet or other device to power a rider’s bicycle. In 2017, David Lappartient, the new UCI President, accepted that mechanical doping posed a risk to the integrity of the sport and the credibility of race results. To date, however, despite significant publicity, only one rider has been charged with a breach of the relevant UCI regulations.

The scale of the problem

Rumours of motors being used in bicycle races have been in existence since 2010 when Fabian Cancellara rode, apparently effortlessly, away from Tom Boonen on a climb during the Tour of Flanders. No charges were ever brought against Cancellara and the rider has denied any wrongdoing. The UCI initially reacted to the issue by undertaking some visual testing of bicycles at professional races. In 2014, the issue was again brought to the fore, after video footage of a bicycle wheel spinning for some time after a crash during a road race appeared to suggest that the bicycle was still being driven by a motor or other means.

The invention and availability of small battery powered motors means that their concealed use in bicycles was not merely a theoretical possibility. New technology, such as the use of electromagnetic wheels, was also suggested by commentators to have potential for abuse in the sport. Given the heightened sensitivity to any form of cheating in cycling following the exposure of the drug-ridden reality of the sport in the 1990s, these incidents and developments began to bring the issue to the fore.

At its most basic, mechanical doping relates to the use of unauthorised equipment in a sporting contest. Such issues have been grappled with before in sport – notably in swimming when athletes began to utilise buoyant full-body skin-suits during competition. After two years, and the fall of multiple world records, such skin-suits were banned. With mechanical doping, however, there is an additional element of subversion; an intention to cheat and to conceal that cheating, rather than an athlete simply utilising improved but permitted equipment.

The UCI’s approach to regulation

Mechanical doping has historically been prohibited by the UCI under its sporting regulations. In particular, Article 1.3.010 states: ‘The bicycle shall be propelled solely, through a chain set, by the legs (inferior muscular chain) moving in a circular movement, without electric or other assistance’. The preamble to the relevant UCI regulations governing equipment explains why other means of propulsion are prohibited: ‘Bicycles shall comply with the spirit and principle of cycling as a sport. The spirit presupposes that cyclists will compete in competitions on an equal footing. The principle asserts the primacy of man over machine.’

However, as is well known following a number of high profile doping cases, not all cyclists have always complied with the spirit of the sport, nor have they sought to compete on an equal footing.

The 2015 amendments (and the 2017 amendments, see below) highlight the need for sporting regulators to respond to challenges of new technology quickly and ensure that their regulations are not only suitably broadly drafted, but also deal with specific circumstances and are properly equipped to deal with the challenges. Sporting regulations should be clear for participants to understand and specific offences in regulations are generally less prone to challenge during a legal process. Regulations that detail specific offences or prohibitions should be complementary to general regulations (such as the relationship between Articles 1.3.010 and 12.1.013 bis), particularly where the subject matter is technical in nature.

The UCI has used, and continues to use, a number of means to check for motors and other prohibited devices. It has developed a specialist tablet to scan bicycles using magnetic resonance testing, and makes use of thermal cameras, visual and physical bicycle checks and x-ray scans. In 2016, the UCI claimed to have undertaken 10,000 tests for hidden motors and magnets.

As with anti-doping testing, it is difficult to conclude whether increased testing combined with a lack of ‘positives’ indicates that the testing works. It can be argued that the lack of positives means that testing is deterring cheats, yet it can also be argued that the testing itself is (for technical reasons) simply inadequate to catch the cheats. There is a continual battle between the development of prohibited technologies and the development of means of detection, and sports governing bodies must ensure that testing programmes keep up with such developments and remain effective.

The first ‘positive’ use of mechanical doping was confirmed at the UCI Cyclo-cross World Championships in February 2016. The UCI detected a concealed electric motor in the seat tube of the bicycle of Femke Van den Driessche following magnetic resonance testing scans in the pit area. The rider denied knowledge of the motor but did not defend herself at a hearing. The UCI Disciplinary Commission issued an operative decision two months later, imposing a suspension of six years, a fine of 20,000 Swiss Francs, and disqualification of a number of results (including her European and Belgian Under-23 titles). A full reasoned decision has not been made public. This sanction is significantly higher than the minimum sanction in the UCI regulations, suggesting that the breach was taken extremely seriously and the case was not considered to demonstrate culpability at the lower end of the spectrum.

In February 2017, the UCI amended Article 12.1.013 bis to extend the jurisdiction of the prohibition to national federations and other entities for which a rider may compete. The amendments also introduced an offence of ‘enabling, encouraging, facilitating, covering up or otherwise intentionally assisting in a technological fraud‘, and indicated that in exceptional circumstances, a fine could even be imposed which exceeded the stated parameters.

Later that year, two veteran riders were caught, following tip offs, in separate incidents in Italy and in France, with rudimentary motors in their bicycles. The French rider was reported to have admitted to the use of a motor, stating: ‘I don’t sell drugs and I didn’t kill a child; I put a motor in my bike. I’ll serve as an example but I think it will do good to cycling because I am not the only one doing it‘. No charge or sanction has yet been reported, in either case.

Effective testing and enforcement of the regulations is critical to managing the impact of new technologies in sports equipment. Publicity, effective testing and strong sanctions help to deter the conduct in question and indicate to fans and to compliant athletes that the sport’s governing body is serious about protecting its sport from potential risks that the new technology may bring. In the case of mechanical doping, strong sanctions are likely to be viewed as proportionate due to the subversive nature of the conduct.

There have not yet been any challenges to the regulations or scrutiny of the regulations during a contested hearing. It will be interesting to see in future how the UCI Disciplinary Commission approaches a number of issues including the apparent strict liability nature of the offences and the evidence required in order to prove a breach (particularly rider or team knowledge and responsibility for a non-compliant bicycle).

Cycling is not the only sport with the potential to suffer from a problem with technological fraud or mechanical doping. Any sport with technologically advanced equipment that has the potential to be central to the outcome of the sporting contest could be prone to such issues – such as motor racing, skiing or bobsleigh. The governing bodies for those sports can also learn lessons from the approach taken in cycling to regulation, testing and enforcement.