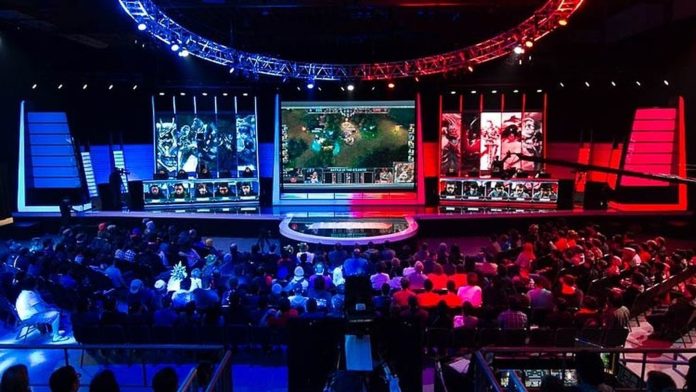 Perhaps outshined by the spectacular Olympic Games (and a stellar performance by team GB), a small but symbolically significant side-event took place this summer: the Rio de Janeiro eGames Showcase 2016. This year the eGames, which is supported by the UK government, saw video gamers from eight countries competing against each other in an event that seems to be positioning itself as the Olympic platform for eSports (competitive video gaming). The first full eGames will be held in Pyeongchang County, South Korea at the same time as the 2018 Winter Olympics and then in Tokyo, Japan during the 2020 Summer Olympics.

In February, another organisation – the International eSports Federation (IeSF) –submitted a request to the International Olympic Committee (IOC), the governing body of the Olympic Games, for eSports to be recognised as an official sport. In April, the IOC responded by providing the IeSF with the necessary steps for such recognition, acknowledging the possibility that, someday, eSports may feature in the Olympic Games.

Some might dismiss the idea of eSports as an Olympic sport, but the reality is that it is starting to turn heads. eSports had a global market size of around $400m last year and is growing quickly. Amazon’s 2014 acquisition of Twitch, the video gaming streaming service, for £585m may serve as proof that the burgeoning relevance of eSports ought not to be played down.

The 2015 world championship finals of “League of Legends” (LoL) were viewed by 36 million fans. In the same year the NBA finals were watched by only 23 million and the Major League Baseball finals by about 17 million. In 2013, tickets to the LoL world championship final in Los Angeles, sold out the 17,000 capacity venue in less than an hour and later that year, a similarly sized venue in Berlin in just three minutes.

eSports certainly affords players a chance at fame, but what about the pay? The US currently offers Olympians $25,000 per gold medal, $15,000 for silver, and $10,000 for bronze. Now compare that to the five day Dota 2 “International 2016”, tournament: the 16 teams of five (or six, if the team had a coach) competed for their share of a prize pool worth a cool $20 million. The champions, “Wings Gaming”, took home almost $9 million. And that doesn’t even include the lucrative corporate sponsorships…

Other countries are also taking note of the rise of eSports. As reported in June, eSports is to become an official sport in France, and its players recognised as athletes, as part of the enactment of its new Digital Republic Bill.

Bolstering eSports’ efforts to become an officially recognised sport, the IeSF has become a signatory to the World Anti-Doping Agency’s anti-doping code (a mandatory requirement for an Olympic sport under rules 43 and 45.3 of the Olympic Charter) and signed a partnership agreement with the International Association of Athletics Federations (IAAF), the athletics governing body, to work together on a new global social responsibility programme.

However, in order to take the next step towards realising its Olympian aspirations, the IeSF needs to become a full member of SportAccord, an international sports organisation, which counts FIFA and IAAF amongst its members. By becoming a full member, the IeSF would become recognised as an International Federation (“IF”) by the IOC, a necessary pre-requisite to becoming an Olympic sport. For this to happen, SportAccord’s General Assembly must agree that eSports falls within its definition of “sport”, probably as a “mind game” (similar to Chess and Bridge, whose IFs are already members). The IeSF submitted its application in 2013, but is still awaiting a final decision.

If IeSF does manage to become a full member of SportAccord, it would still need a majority vote at a meeting of IOC members for eSports to be considered for the upcoming Olympic Games. The IeSF (as the relevant IF) would then be responsible for the “control and direction” of its sport at the Games. Under the Olympic Charter, an IF’s duties include coming up with appropriate rules, deciding upon the characteristics of the technical equipment used, and helping the IOC to select national and international technical officials.

The timing seems to be right for eSports to be taking a step towards the Olympics. There certainly appears to be appetite within the IOC, both commercially and politically, for increasing viewership through new sports: five new sports were approved for Tokyo 2020 – surfing, skateboarding, baseball/softball, karate, and sport climbing – in what the IOC branded “the most comprehensive evolution of the Olympic programme in modern history”.

Surely it can’t be that easy?

There are a number of issues to address before eSports can be established as an Olympic sport. Perhaps the most obvious is deciding which video games to designate as official ‘Olympic’ disciplines. Such games would likely need to be relatively straight-forward so that the average viewer is able to grasp the basic rules within a few minutes of watching.

Some countries might object to the virtual violence prevalent in a few popular titles. Furthermore, the video game industry generally moves at a very swift pace – gaming titles which are hugely popular in one Olympic year might have become a distant memory four years later. There are notable exceptions – “Starcraft 2” (2010) and “CounterStrike” (2012) continue to remain very relevant in the eSports world. Video game creators have also begun to release titles which intentionally target the lucrative eSports market, such as Blizzard’s “Overwatch” which currently has more than 15 million players globally.

Unlike traditional sports, eSports are subject to the intellectual property rights of the games’ creators – usually private companies such as Blizzard or Riot Games. A dispute over the intellectual property of an Olympic video game could be seriously problematic for the sport. Equally if a company were to withdraw permission for the use of its software just before it was due to be used in the Olympics, events might have to be cancelled altogether.

ESports have demanding computer hardware requirements which, in tournaments, are met with the help of corporate sponsorships. However, the Olympic Charter has strict rules restricting advertising, which might cause such sponsors to shy away. Convincing companies to cough up top-of-the-line equipment in return for muted advertising exposure might not be easy, and the prospect of settling for a less-than-perfect hardware setup only to have a player’s computer crash in a globally-televised live final round doesn’t bear thinking about. ESports might be wise to take a lead from other sports requiring expensive equipment such as sailing or cycling in this area.

Finally, even though mind-games like Chess and Bridge have been approved as Olympic sports, none have featured in the Olympics so far. In an interview with TIME Magazine in 2008, IOC spokeswoman Emmanuelle Moreau said,

“mind sports, by their nature, cannot be part of the program.”

ESports can perhaps distinguish themselves from other mind-games with by the requirement for razor-sharp reflexes and a great deal of dexterity. Also, new technologies like virtual reality have the potential to further increase eSports’ appeal, and it is easy to imagine eSports revolutionising sports coverage by allowing fans to control their camera position and angle. To take the next big step, eSports needs to prove that it is as exciting to watch as the more traditional Olympic sports; although, looking at the current viewing statistics, that shouldn’t be too difficult.