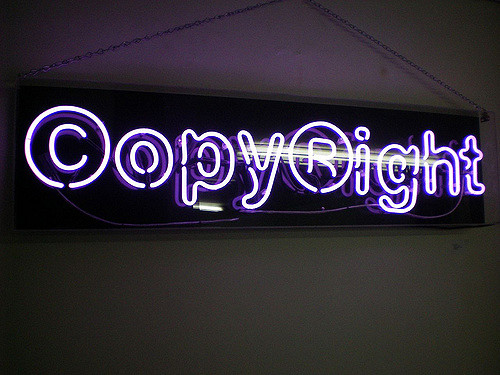 As reported here, the European Parliament recently approved the EU Directive on Copyright in the Digital Single Market (DSM Directive). The DSM Directive has subsequently been approved by the European Council and, following publication in the Official Journal, will enter into force. Member States will then have 24 months to transpose the DSM Directive into their national laws.

This article looks at the Contract Adjustment Mechanism in Article 20 of the DSM Directive. This is one element of the package of measures found within Chapter 3 of the Directive: “Fair remuneration in exploitation contracts of authors and performers”. It introduces a ‘Best-Seller’ right at a European level.

Whilst Article 15 (formerly article 11) and Article 17 (formerly 13) were the focus of much controversy, Chapter 3 was not heavily scrutinised by the media in the run-up to the Directive’s approval. It is nevertheless a highly important chapter which sets out a European copyright contract law favoring the interests of authors and performers. Its goal is to correct a perceived imbalance between creators on the one hand and publishers and producers on the other. One way to achieve this is to impose an adjustment mechanism offered to the authors at a European level.

Article 20 is designed to operate in parallel with Article 19, the transparency obligation. The idea is that Article 19 will arm authors and performers with information about how their works are being exploited and how much revenue is being generated. They will then be in a position to determine whether to seek additional remuneration pursuant to their Article 20 rights.

Article 20 offers authors and performers the right to claim additional, appropriate and fair remuneration, beyond what was originally agreed in the contract between e.g. an author and a publisher. This right can be enforced against the original contracting party, or against third parties to whom rights to exploit the author’s works have subsequently been granted.

The mechanism is to be used where the remuneration originally agreed turns out to be disproportionately low when compared to all the subsequent, relevant revenues. It covers every payment, including lump sums and proportional payments.

The right does not apply where a collective bargaining agreement already offers a comparable mechanism, or to agreements concluded by collecting management societies.

Finally, in order to avoid the author waiving this mechanism (as well as the transparency obligation in Article 19, and the alternative dispute resolution provisions of Article 21), Article 23 provides that “any contractual provision that prevents compliance with Articles 19, 20 and 21 shall be unenforceable in relation to authors and performers”.

Potential implications for the creative industries

The implications are potentially huge, since the payments agreed on a contractual basis might be forced to change during the exploitation of the work in order to correct disproportionately low remuneration. This creates a high risk of unpredictability for publishers and producers.

In order to minimise this risk, publishers and producers must give careful consideration at the start to the remuneration included in contracts. It will also be interesting to see whether more collective bargaining agreements will be developed to avoid the application of Article 20.

Since this right can be enforced against third parties to whom rights have subsequently been granted, it will be important to consider the allocation of risk between the original party and the party it subsequently grants rights to. Parties are likely to attempt to negotiate some sort of protection (e.g. an indemnity) against the risk that the remuneration they’re paying will be judged to be disproportionately low in the future.

Finally, it is possible that EU parties may be able to avoid the effect of this mechanism by choosing choice of law and jurisdiction i.e. by agreeing a non-EU law and court or arbitration; this possibility should be considered.

It is worth noting that Article 20 mentions authors and performers entering into “contracts for the exploitation of their rights”, whereas Article 18 talks about imposing appropriate and proportionate remuneration where authors and performers “license or transfer” their rights. Whilst it would make sense for the scope to be the same, we may see further debate on the interpretation of these provisions.

One complex issue is to determine whether the mechanisms offered to authors and performers are excluded where a work is made under an employment contract.

Finally, it is not yet clear how efficient the mandatory nature of these mechanisms will be. According to Recital 81, the choice of a non-EU law for intra-EU contracts should not deprive authors and performers of these rights. However, it’s not clear whether a jurisdiction clause agreeing on a non-EU court could prevent these protections from having effect, since this would not be regulated by EU Private International Law.

For more information on the operation of ‘best-seller’ rights, see our reports on examples in the Netherlands and Poland.